The Division Guide: How To Get Rid Of The Crying Man At The Crafting Station 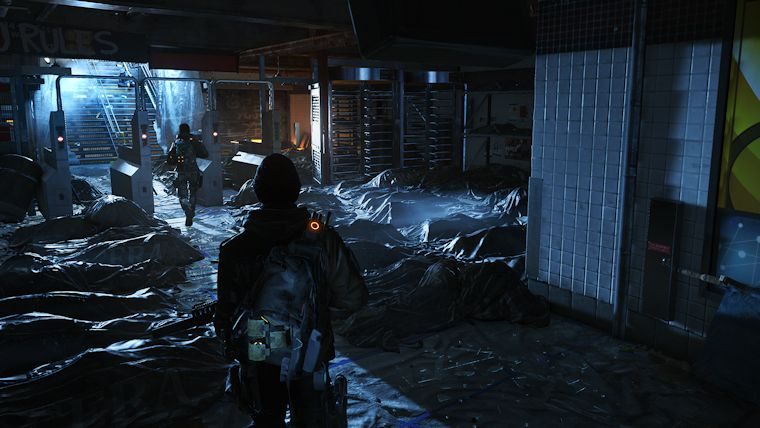 If you’ve gotten a chance to try out Tom Clancy’s The Division yet, there’s a good chance that you have at least played through the opening portions and reached your Base of Operations. Upon getting to this point, the game truly opens up for you in many ways, including the ability to access the crafting station.

The crafting station of course lets you craft your equipment, weapons, and more, but there is one very annoying issue that is popping up for players at this point.

Not always showing up right away, but after starting to level up the wings in your Base of Operations, a crying man will start standing right next to the crafting station. He will whine and complain incessantly, even continuing on while you are in the crafting menu.

This not only can get annoying, but having him go on and on every time you’re at the crafting table can be a major distraction to where you almost have to mute the game.

The good news is that this crying man will leave eventually, but you’re going to have to do a little work. You must start upgrading the wings in your Base of Operations, with some reports that he will leave once you get the Counseling upgrade. However, some have reported him to still be there at that point, so just keep working on upgrading and he should leave once you get to a certain percentage of the upgrades complete.

Home / Game Guides / The Division Guide: How To Get Rid Of The Crying Man At The Crafting Station