The Division Guide: How to Get Weapon skins

The latest news in the world of video games at Attack of the Fanboy
March 11th, 2016 by Kyle Hanson 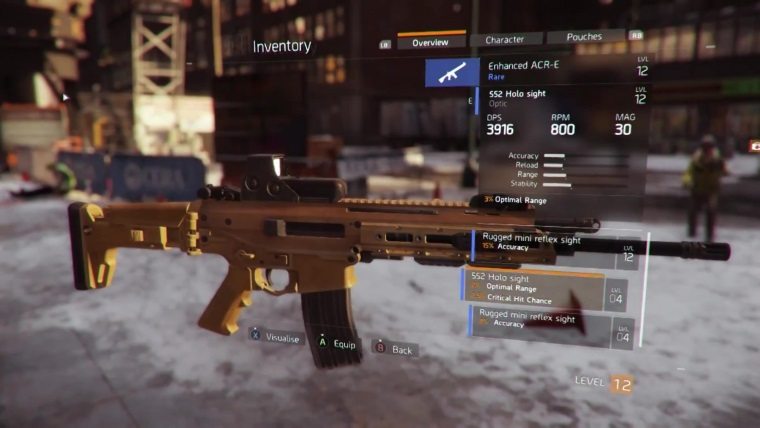 Tom Clancy’s The Division has so many options for customization, that it can get a bit overwhelming. There are different weapons and gear, different clothes, but also mods that you can attach to items to make them more closely fit your play style. However, one customization option is just there to look cool, and look cool they do. These are weapon skins, which can be applied just like any other mod on a gun. The question being asked by thousands of The Division players is how to get weapon skins. We’ll tell you…

Unfortunately, like our guide on where to get clothes in the Division, the answer isn’t a cut and dry, “go here, do this.” Instead these are more general tips for where you can go, and what you can do to increase your chances of gaining a weapon skin. This is because they aren’t given out as a definite prize, instead being offered randomly, as part of The Division’s usual loot drops.

To get one as part of a random loot drop, you just need to kill as many enemies as you can. This will increase your odds of getting one of these rare drops when they die. Also like clothes in The Division, weapon skins will be dropped by civilians on very rare occasions. If you see a civilian in need, perhaps needing some water or food, be sure to give them whatever it is they are asking for, as they might drop what you are looking for.

Unlike clothes though, you can also buy weapon skins, so there is a shot there. There is the Clothes Vendor in your main base, as well as the Dark Zone vendors, which are stationed at every entrance to the multiplayer arena. If you don’t have a Clothes Vendor in your base, you need to upgrade your Security wing. The specific upgrade is called Supply Line.

Home / Game Guides / The Division Guide: How to Get Weapon skins