The Division Guide: How To Trade Gear And Weapons

The latest news in the world of video games at Attack of the Fanboy
April 17th, 2016 by Dean James 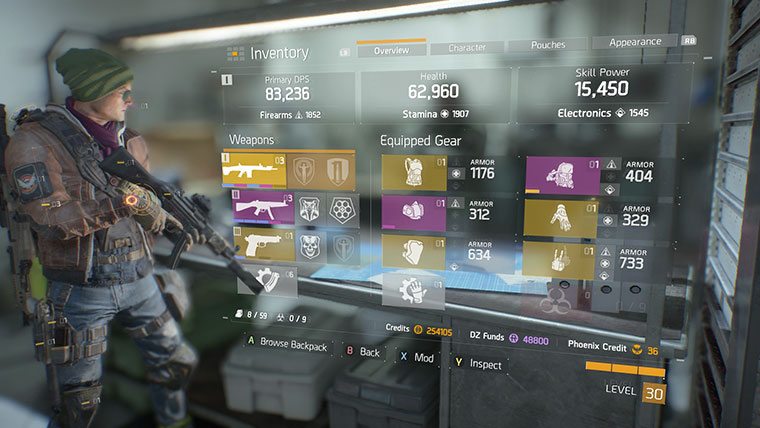 The Division may seem like a shooter on the surface, but the game also is part MMO in many ways, not just in that it’s played online with others. Loot drops are a big part of that, with varying levels of gear and weapons that you can acquire, but it wasn’t until the latest update that one key feature was added, the ability to trade with teammates.

Coming in last week’s 1.1 update for The Division, your arsenal of weapons and gear are no longer exclusive to you in the game. However, there are still some restrictions that are there to keep the game balanced.

The way that The Division’s item trading works is that it can only be done within a group pretty much at the time it happens. If you are playing solo in the game and get an item you do not need or want, you’re stuck with it without just deconstructing it for parts or selling it to an in-game vendor for minimal credits.

The way to go about the trading is first of all to be in a group with at least one other person. Then after earning some sort of item through loot drops in the game, you will have one hour from the time you get it to trade it with a teammate. This allows you to wait until after a mission or something to get this done.

The restriction though is that the person you are trading it to must have been in your group at the time you acquired the item and has remained in it since. If you’ve met these qualifications, go to your inventory and choose to drop them as loot from your inventory. At this point, a teammate can pick it up and add it to their arsenal.

This limited trading is done as a way to combat people trying to sell their items, which has been a problem at times in other games. By doing it like this, it will promote even more teamwork in the game, as friends can help each other out with much needed items.

Home / Game Guides / The Division Guide: How To Trade Gear And Weapons