Dragon Ball Xenoverse Guide – How To Become A Super Saiyan 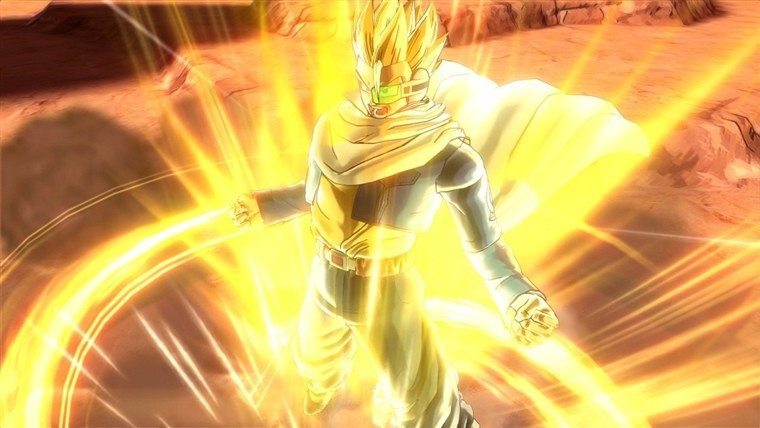 Customization is the key in Dragon Ball Xenoverse, as you take control of your own custom created character in the Dragon Ball universe. With the ability to choose between five different races, there is no doubt Saiyan is going to be the most popular of all. With that thought process, it is assumed that the Super Saiyan ability would be highly sought after, especially in a game that is as difficult as Dragon Ball Xenoverse can be at times.

For anyone that has chosen the Saiyan race, whether male or female, there are two options to go about obtaining the Super Saiyan ability. One of these is extremely easy but requires waiting, while the other can be gotten a good bit earlier but will require a lot more effort.

The first method that is the easiest is to just wait until the completion of the Cell Saga and purchase it from the Skill Shop for 50000 zeni. However, this can be a pain as you can make your life much better by doing more work to obtain it early.

After completing the Frieza Saga, you should have unlocked a special Parallel Quest known as “The Legendary Super Saiyan.” The Super Saiyan skill is one of the rewards for this specific Parallel Quest, as long as you make Goku turn Super Saiyan, which is not always exactly cooperative.

This Parallel Quest essentially has you taking on the role of Frieza against Goku and company. Starting off, you will face Kid Gohan and Piccolo, so dispose of them before facing Vegeta, who you must also defeat. Upon Vegeta’s defeat, you will face off against both Goku and Krillin. For any Dragon Ball Z fan, you know just how you need to make Goku turn Super Saiyan, the death of Krillin. As a result, go hard after Krillin and defeat him. Typically, Goku will at this time turn Super Saiyan, which does make the fight much harder for you. However, there are times where he for some reason does not transform, which means you just need to start over and try again.

Even if you do have Goku transform, getting the Super Saiyan skill is not a fullproof guarantee. Sometimes the skill just will not drop at the end of the Parallel Quest for whatever reason, which is hard enough as is with your teammate Frieza dying easily against Super Saiyan Goku, leading to an instant quest failure.

Due to the almost randomness and annoyance of the Super Saiyan drop here, you may be better off just grinding through to the end of the Cell Saga and buying the skill, but if you wish, there is always this alternative option out there.