Dragon Ball Z: Kakarot – How To Beat Nappa As Gohan 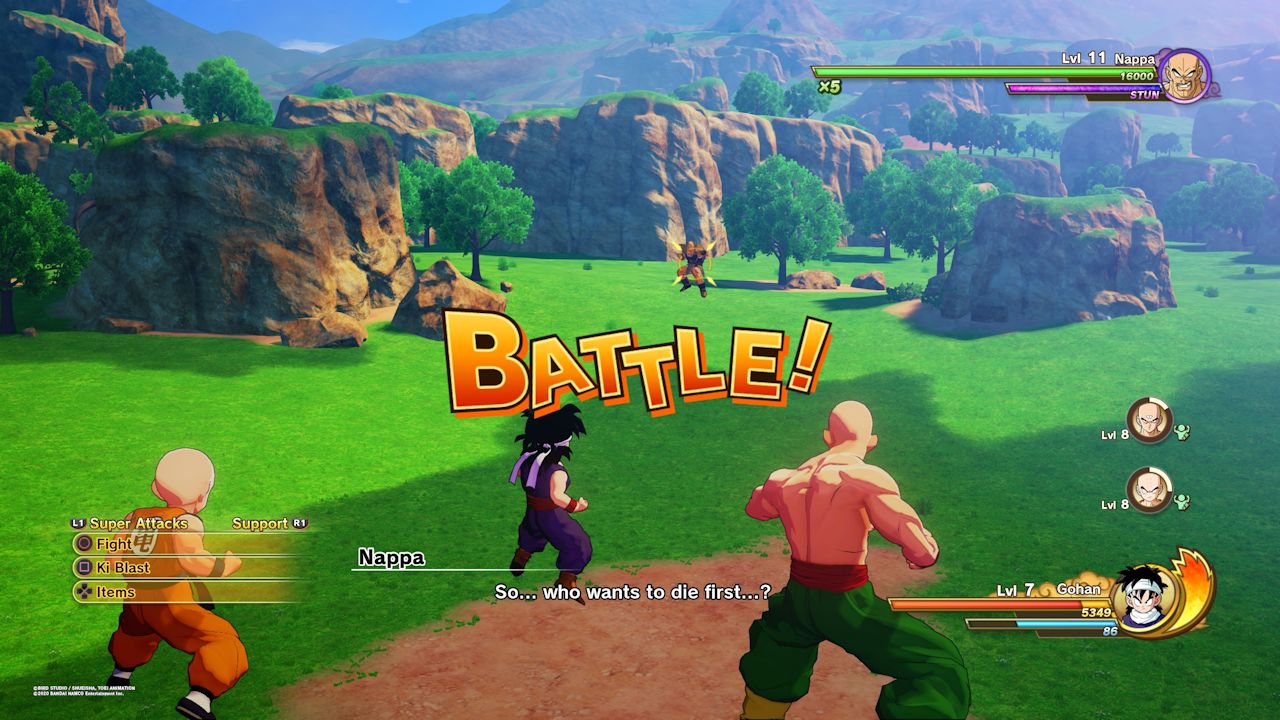 With Vegeta serving as the final boss of the Saiyan Saga, Nappa pretty much serves as the mini-boss in a way. While Goku gets a crack at him later, Gohan and company have to fight him prior to that, twice in fact. These two fights can be a little difficult in Dragon Ball Z: Kakarot, so we created a guide with some helpful strategies.

How To Beat Nappa As Gohan

For Gohan’s first bout with Nappa in Dragon Ball Z: Kakarot, he has both Krillin and Tien as support characters to help out. At this point, Gohan still only has three super attacks at his disposal, with Masenko definitely being your best option.

Nappa is definitely a bruiser that can deal a lot of damage quickly, so you want to try and guard to protect yourself his big attacks and use Vanish Attack to get behind him if you can.

Nappa has some super attacks that he will use against you for sure, with the most common being Arm Break. This is his most basic attack where he lunges at your and deals a lot of damage to Gohan. The move you really have to watch out for though is Giant Storm, which he will activate with a short cutscene and you need to get out of the radius of the attack as quickly as possible. You can take massive damage here if you’re not careful.

Using your support characters can be very helpful here, especially with Krillin’s Solar Flare as a stun technique to either attack or charge your ki. You will take out Nappa before too long, leading to some cutscenes before round two begins, this time with Piccolo replacing Tien as one of your two support characters.

Nappa part deux for Gohan is a lot tougher. He seems to mix in a lot more super attacks this time around, making him even more dangerous. On top of Arm Break and Giant Storm, he starts to throw in Sonic Storm when he’s above you, Blazing Storm as another arena covering attack, and Bomber DX that is his most powerful projectile by sending out two ki blasts after you.

Nappa’s super attacks can really start to take a toll on your health, especially when he gets into a groove of using them one after the other. This is why it’s important to grab some healing items like Vitadrink from the store before and be ready to heal throughout the match if necessary.

Eventually you will take down Nappa in battle, even if this results in some not so great moments for Gohan and Piccolo after the fact that ends this chapter.