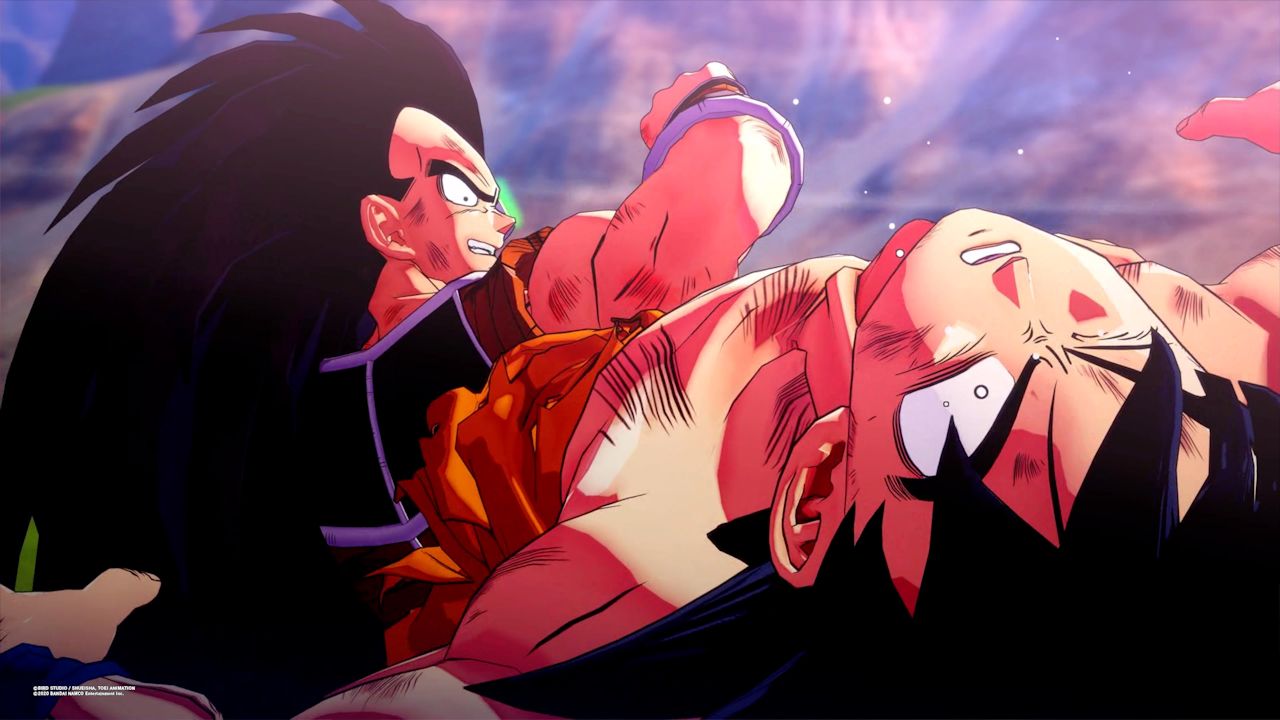 While many more memorable villains like Vegeta and Frieza came later, Raditz still stands as the first adversary in Dragon Ball Z. Arriving on Earth to turn Goku’s world upside down by revealing that he is really of the Saiyan race from Planet Vegeta. Just as in the anime, he shows up right at the beginning of the game and kidnaps Gohan, prompting Goku and Piccolo to go after him. While there have been a few battles before, Raditz is definitely the first tough battle in the game and this guide will give some advice on how you can take him down.

How To Beat Raditz

Depending on how many sub-quests you have taken on thus far in the game, your level of expertise in the combat for Dragon Ball Z: Kakarot may vary. This could be one of your first few fights or you could have many of them under your belt by this point if you really went all out exploring the map. Either way, Raditz poses your first real threat that you have to be prepared for.

Before you start the fight, you will already be prompted to eat the Boiled Fish dish that Chi Chi made for you prior. This will give you a bit of a boost entering the fight, which already can help out.

The first part of the fight has you in control of Goku with Piccolo as the support character. Piccolo not only helps to deal damage, but also can help to take some of the attacks from Raditz as well, leaving you time to power up. You shouldn’t have too much trouble here, just be careful to avoid Raditz’ ki attack barrages. Speed in with X on PS4 and attack with Melee attacks using Circle to deal lots of damage, throwing in a Kamehameha for good measure when Raditz is stunned or right in your sights.

After you reach a certain point, a cutscene will trigger where Piccolo says he has a plan, but requires you to distract him while he powers up his new technique. This leads to the rest of the battle where it’s Goku facing Raditz solo. This is definitely where the difficulty ramps up, as Raditz is focused solely on you at this point.

Raditz starts using his super attacks now that he has you one on one, with Double Sunday being especially dangerous. This double beamed attack has Raditz spinning around trying to hit you with the two beams, so just try to avoid it until it is over before going in to attack again.

When Raditz tries attacking you with continual ki attacks, this is a good time to block and use your Vanish Attack against him to appear right behind him and start laying into him. Sometimes he will cover the arena with these ki attacks, so be very careful. Whenever you see him starting to glow red when you are attacking him, start to back away or he will hit you with one of his stronger attacks.

Considering this is easily the longest fight you will have been in so far, you may start dwindling down in health and be concerned about what to do. This is what the Vitadrink item you were given earlier is for, so use that in battle when you are low in health if you need to.

As long as you are careful with watching Raditz’s more powerful attacks and don’t overextend your attacks to leave yourself vulnerable too often, you should be able to take Raditz down eventually. Just keep attacking and he will be down before too long.