Dragon Quest Heroes 2 Guide: How To Save

The latest news in the world of video games at Attack of the Fanboy
April 25th, 2017 by Dean James 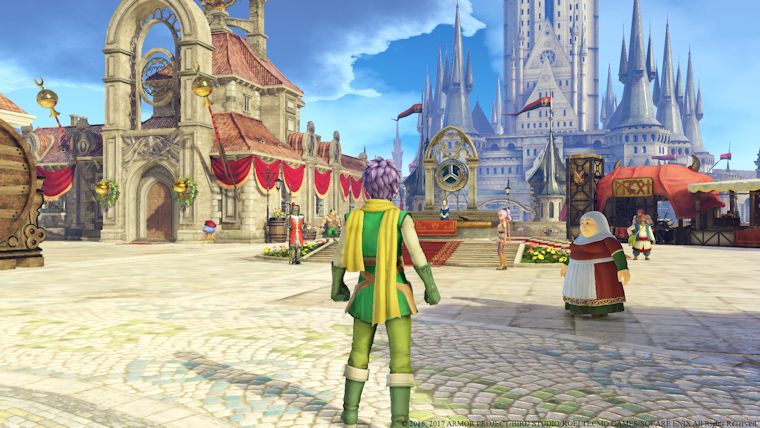 While the story in the Dragon Quest franchise has remained standalone with each entry throughout the 30 years the series has been around, there have been many constants throughout as well. This ranges from the types of enemies you come across to gameplay mechanics, including saving.

Not too far into the game, you will come across the town of Accordia, which is the main hub for Dragon Quest Heroes 2. This area is where you will find all of the important NPCs that let you change classes, buy new weapons and equipment, and more. Some of these are located inside buildings and some outside, so one of your first inclinations may be to look for a church nearby.

However, Dragon Quest Heroes 2 handles this a little differently by instead placing a nun from the church outside in the town. By going up to her and talking to her, you will have the opportunity to give a Confession, which is the game’s way of saving.

By doing this, you can then save your progress exactly where you are in the game from a number of different save slots. You will also be given the option to essentially save and quit, or continue on after saving. This is basically as one would expect from anybody that’s played a Dragon Quest game before, but it may be a little different for newcomers to the franchise.

Home / Game Guides / Dragon Quest Heroes 2 Guide: How To Save