You'll want to master this defensive technique over all others. 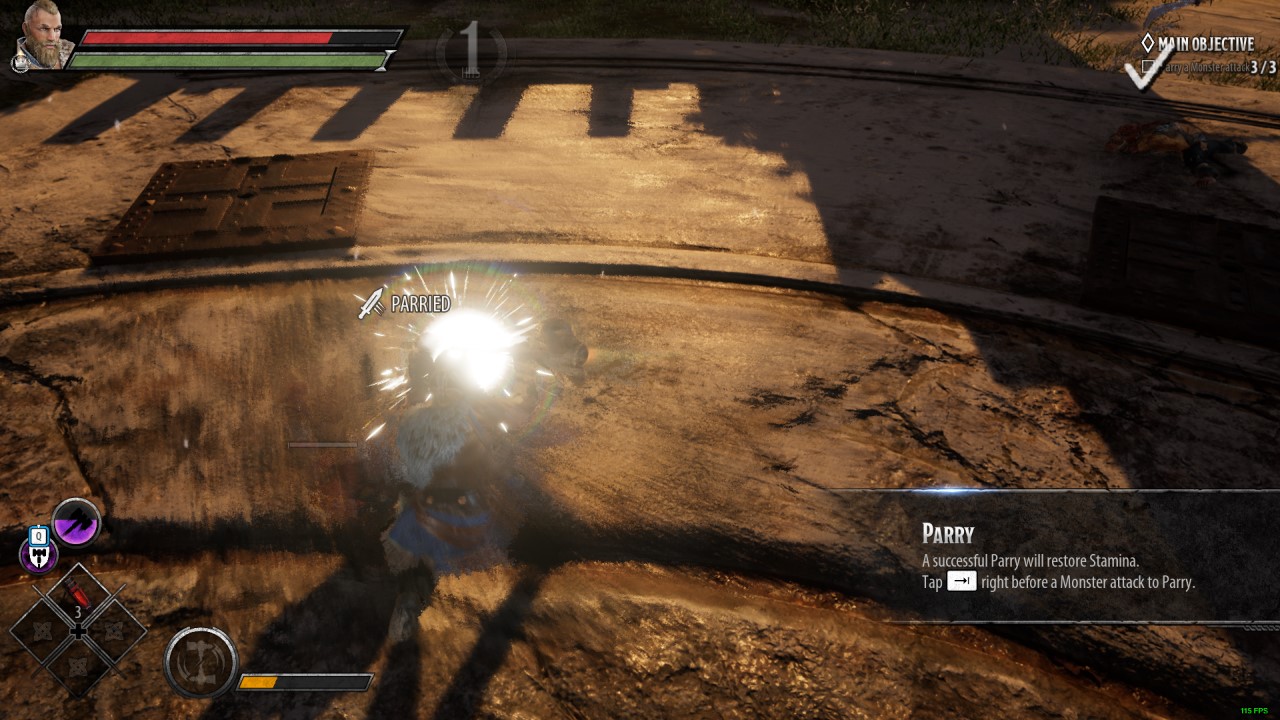 Dungeons & Dragons: Dark Alliance is an action-RPG, meaning you’ll need to block, parry, and dodge if you want to survive the onslaught of goblins, verbeeg, and cultists thrown your way. None of these essentially techniques are as important as the parry, and learning to master it will ensure you’re ready to tackle the harder Challenge Levels.

Parry by tapping the block button right before an enemy attack lands.

To parry in Dark Alliance you need to tap the block button right before an attack lands. This is actually pretty tricky if you’re use to there being an indicator of sorts to convey just when that moment is, but it’s not that hard to pull off in Dark Alliance. To successfully parry you need to keep an eye on your enemies first and foremost, but you can still parry enemies outside your view.

In Dungeons & Dragons: Dark Alliance there’s a small circle around your character, and any enemy targeting you is indicated by an arrow pointing in their direction. If the arrow is white they are not preparing an attack. If the arrow is yellow that enemy is about to strike. If the arrow is red the attack is incoming. You can use red arrows to not only track attacks coming your way offscreen, but to time your parries.

Tap the left-bumper on controller or Tab-key on keyboard to initiate a parry right as the attack is going to land, as indicated by the red arrow. If you time it properly you should hear a loud clashing sound and see a bright light as the enemy staggers back. This is your opportunity to land a couple counterattacks, especially if the enemy was blocking since a successful parry in Dark Alliance will break their block for a short time. You’ll also restore some stamina and raise your stamina soft-cap, so it’s worth your time to parry as often as possible.

That all said, if you fear your parry timing is off simply continue to hold down the block button. This will allow you to at least mitigate the damage so long as you have the stamina required to soak the attack with a block. It’s better to live than to die, so if you are still working on your parry timing don’t be afraid to block instead. If you’d like a safe area to practice your parries in Dark Alliance fire up the Trials of Tempus tutorial: you can’t really die there, so you can practice your timing on goblins for as long as you require.