Dying Light 2 Bow Location: How to Get a Bow

Fight foes from afar with a bow and arrow. Melee weapons are incredibly common in Dying Light 2, but this parkour-centric zombie adventure also features ranged weapons like bows. While a bow and arrow may not seem that useful compared to a powerful mace or a nimble axe, especially in a game so focused on close-range combat and fast-paced parkour, a bow can drastically increase your odds of survival in Villedor. Some of the rarer bows, in particular, can devastate your enemies, letting you safely pick off bandits and undead alike with ease. Here’s how to get your hands on a bow and arrow in Dying Light 2.

Where to Get a Bow in Dying Light 2

You won’t be able to find a bow in the opening hours of Dying Light 2. You’ll be stuck with rudimentary melee weapons until you make a decent amount of progress in the main storyline. The first bow that you will encounter in Dying Light 2 is a quest reward for a main story mission. Completing the quest “Let’s Waltz!” will reward you with a rare Pipe Bow. This bow only does 30 damage and pales in comparison to most of the melee weapons you’ll have access to at this point, but it’s the first ranged weapon you’ll find on your journey.

To reach the “Let’s Waltz!” mission, you’ll have to complete all of the story missions in the game’s opening chapter in Old Villedor. These missions will teach you many of the basic mechanics in Dying Light 2, introducing you to the game’s two major factions and showing your firsthand how often you’ll be forced to make choices throughout the story. Eventually, you’ll come across the game’s first water tower in a main story quest. Shortly after that, you’ll begin the “Let’s Waltz!” quest that will give you a bow.

How to Find More Powerful Bows 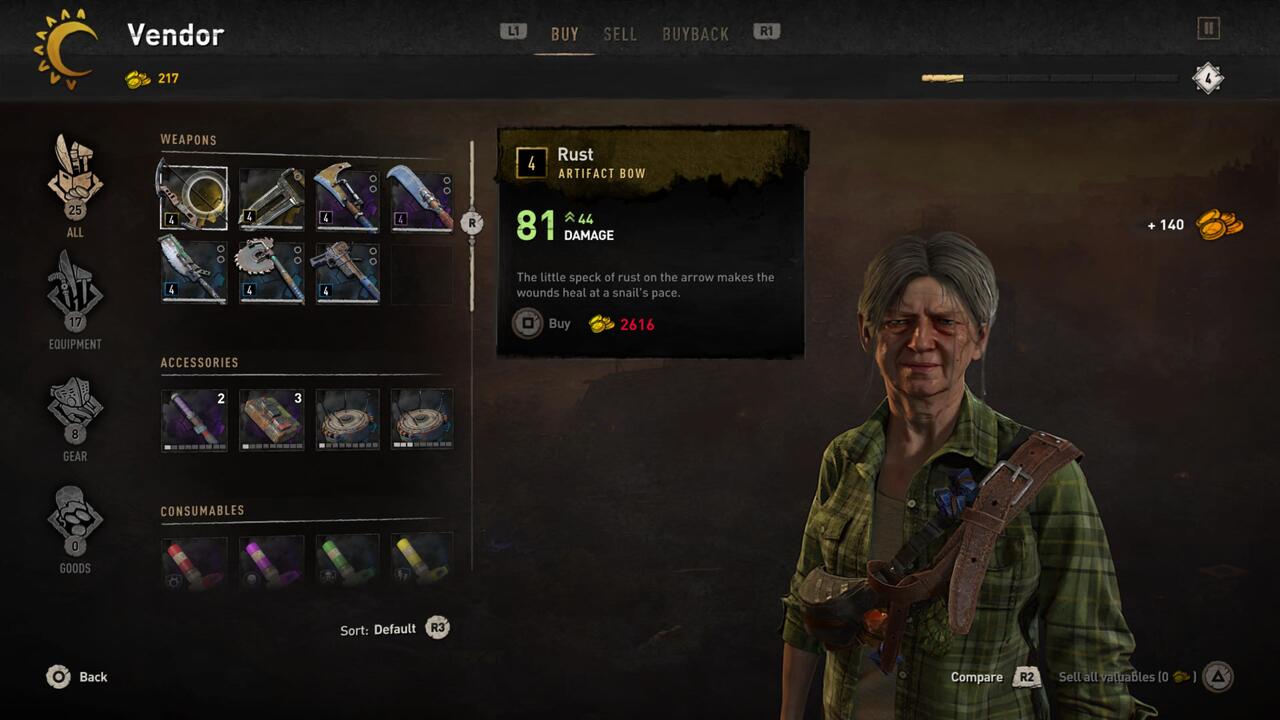 Of course, the Pipe Bow that you receive from that quest isn’t the only ranged weapon that you can find in Villedor. It’s actually one of the weakest weapons that you can find at that point in the game, but you can easily find more powerful bows after reaching the Central Loop and unlocking the second half of the map.

After receiving your first bow, bows will be added to the overall loot pool, meaning you can find them in chests and in stores. Just like with melee weapons, you’ll have the best chances of finding the best bows at shops, but they will be quite expensive. Some bows can even have four-figure price tags, so you may have to sell old gear or go searching for valuables in order to afford them.

Bows will become increasingly common as you progress through the game, however, so just keep working through the main story and you’ll amass a collection of ranged weaponry in no time. Dying Light 2 has an incredibly varied arsenal of weapons that you can obtain, so it’s best to use bows alongside other melee weapons since you can have four weapons equipped at once.

Attack of the Fanboy / GAME GUIDES / Dying Light 2 Bow Location: How to Get a Bow