You'll need to be a solid fighter if you want to survive the horde. 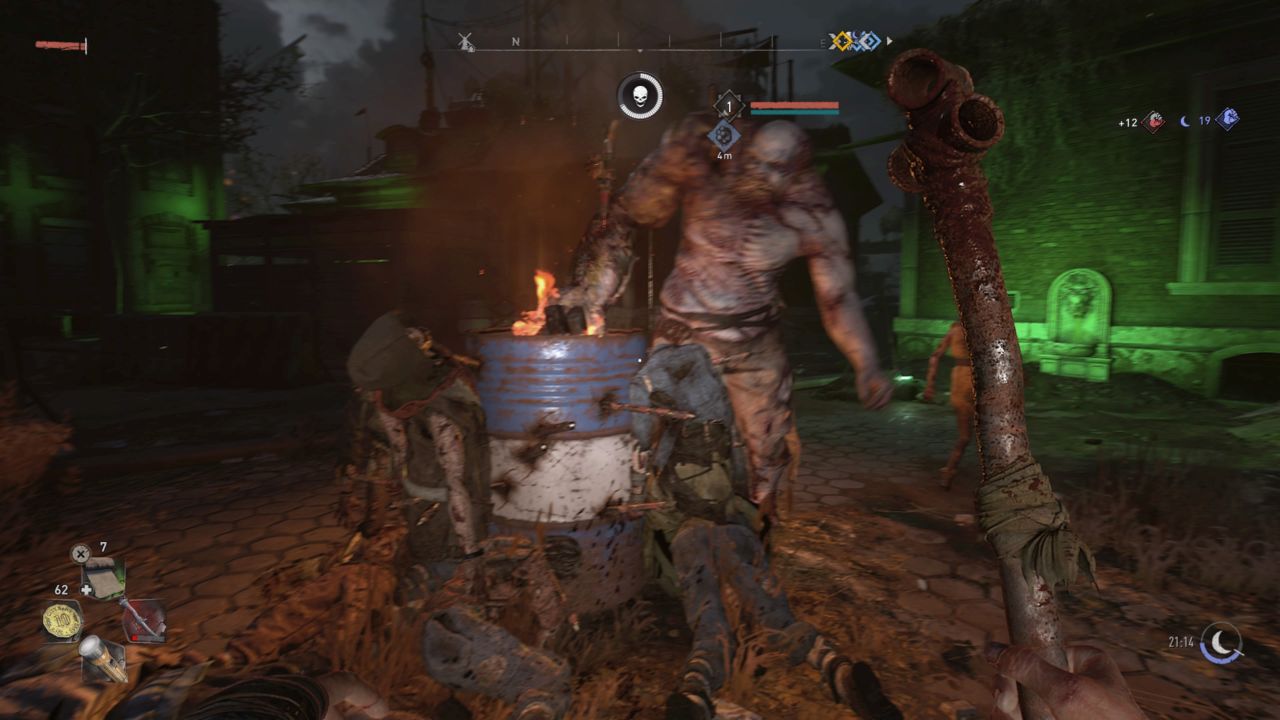 Dying Light 2 has three forms of XP progression— Combat, Parkour, and Immunity. Each one is leveled based on certain actions or items you find in your playthrough. You can get through a lot of the game with parkouring, but sometimes you’ll have to inevitably fight a few VIPs or so. You’ll want to be in tip-top shape when you take opponents head-on. So here, we’ll show you some of the fastest ways to farm combat XP in Dying Light 2.

How to farm combat points XP quickly in Dying Light 2

You can earn combat points simply by playing the game, but if you want to go down the skill tree a lot quicker, you can follow one of these methods of getting there quicker.

This method is a no-brainer. There are so many secondary objectives scattered throughout the map. It’ll serve as a good time sink where you’ll get lots of goodies and passive XP by just completing whatever is needed to be done at these locations. 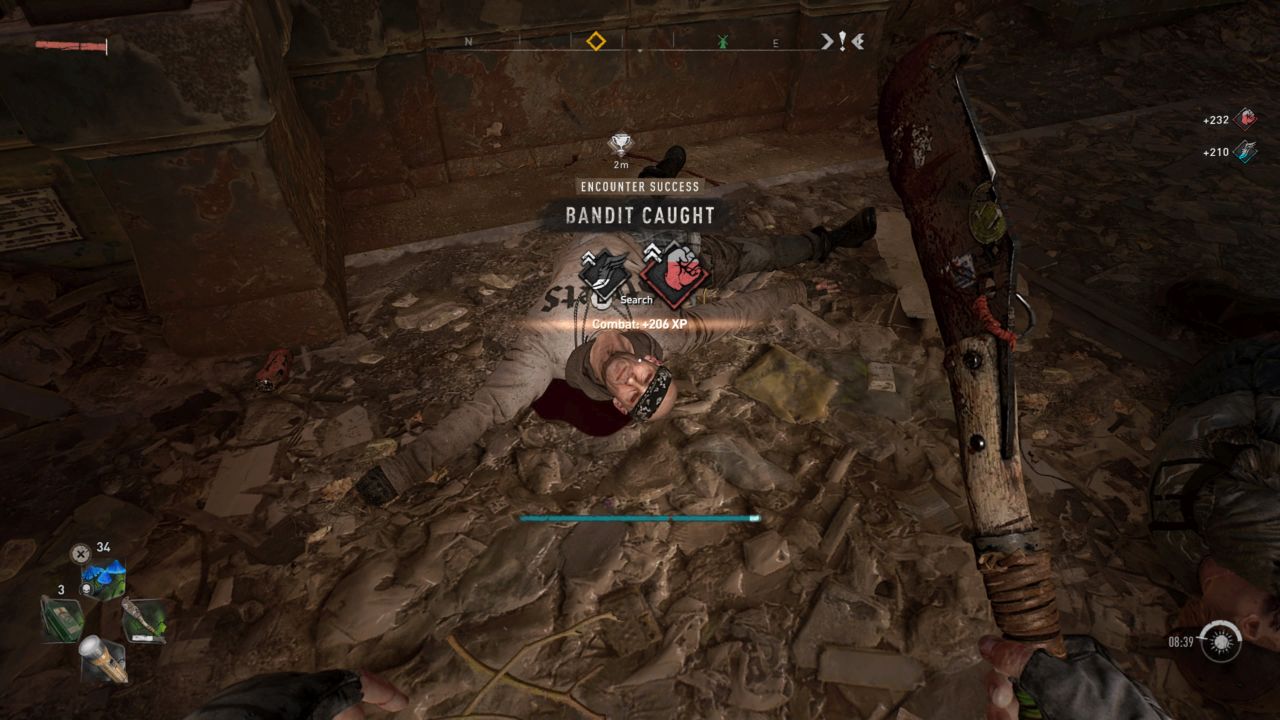 As you randomly peruse from roof to roof in Dying Light 2, you’ll occasionally see a light-blue diamond pop up in your vicinity. This indicates that an encounter has started. It’s a quick, timed side objective where you’ll have to either save a person being beaten up by Bandits or take out a VIP target.

In the case you have to take out a VIP target, you may have to hone your parkouring skills. These tend to run away from you, and if you aren’t fast enough, they can escape. This would result in an objective failure. If you want to get better at objectives like these, maybe you can consider speccing into stamina instead.

Stealth kill enemies in the Dark Hollows and Forsaken Stores 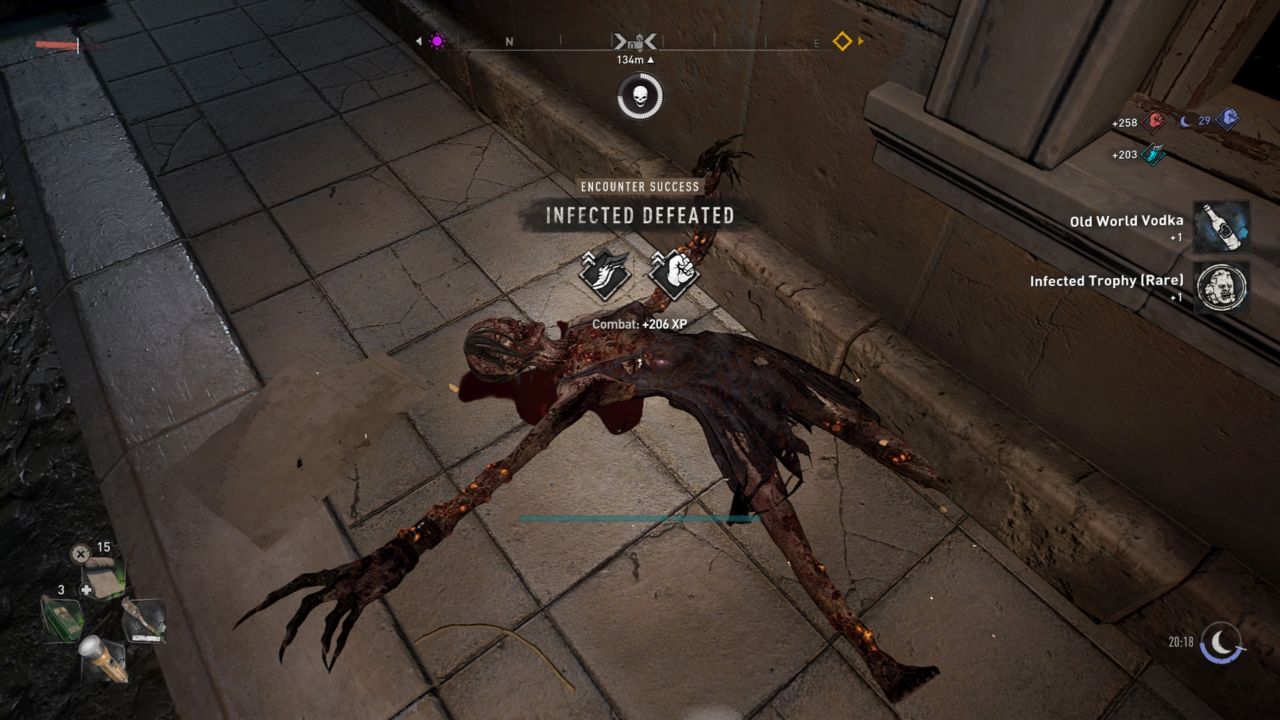 A Dark Hollow or Forsaken Store is an abandoned structure where many of the infected will seek cover during the day. The game recommends that you visit these places during the night time since they’ll mostly vacate these places.

Instead, take these places on during the daytime. There will be a lot of sleepers sitting or standing about. Crouch walk in the area while monitoring your Immunity gauge. As you’re in the structure, go behind the infected that are unaware of you and press the button you see pop up that prompts you to perform a takedown. Performing one will instantly kill the enemy and net you significantly more combat XP than if you were to face it head-on.

This has the most risk-reward factor to gaining XP. When night falls, you have the chance of provoking a chase. You’ll also want to lower the game’s difficulty to Easy because you’re going to be taking a lot of potential damage. 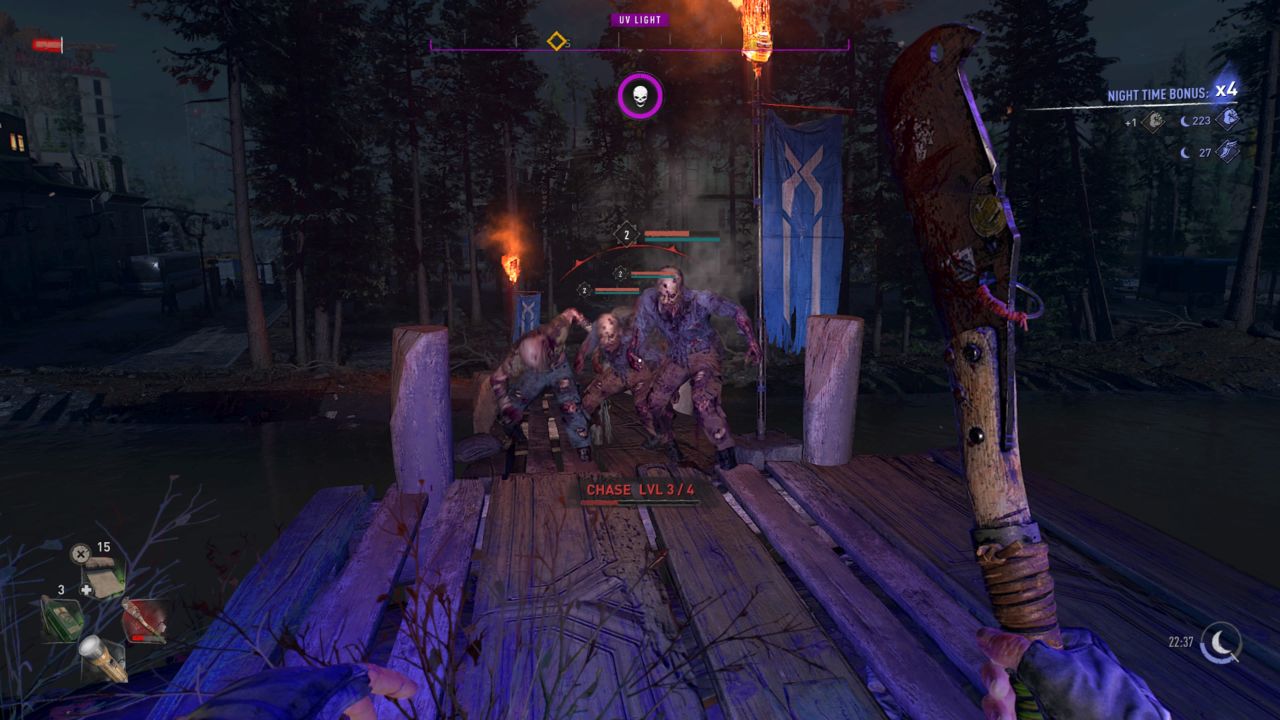 When you start a chase, the horde will come at you in droves, so prepare a game plan to either deal with enemies quickly. For hoarders like me, I use these instances as an opportunity to make mincemeat out of the infected with my excessive weapons. Kill tons of the zombies while slowly wearing away at these less favorable weapons to clear up weapon inventory space.

If you’re more on the frugal side, try making use of wall spikes so you can push these infected into them. Successful pushes towards these spikes will one-shot them, eliminating the need to wear down your weapon’s durability.

You’ll want to keep the chase going as long as possible because it gives a “Night multiplier” where, the more intense the chase gets, the more XP payout you’ll receive. Just watch out when your health or Immunity gets low, you run the risk of losing all the XP you earned if you die at some point in the night.