Dying Light 2: How to Get Secret Frying Pan of Destiny Weapon

Its dangerous to go alone, take this Pan of Destiny. 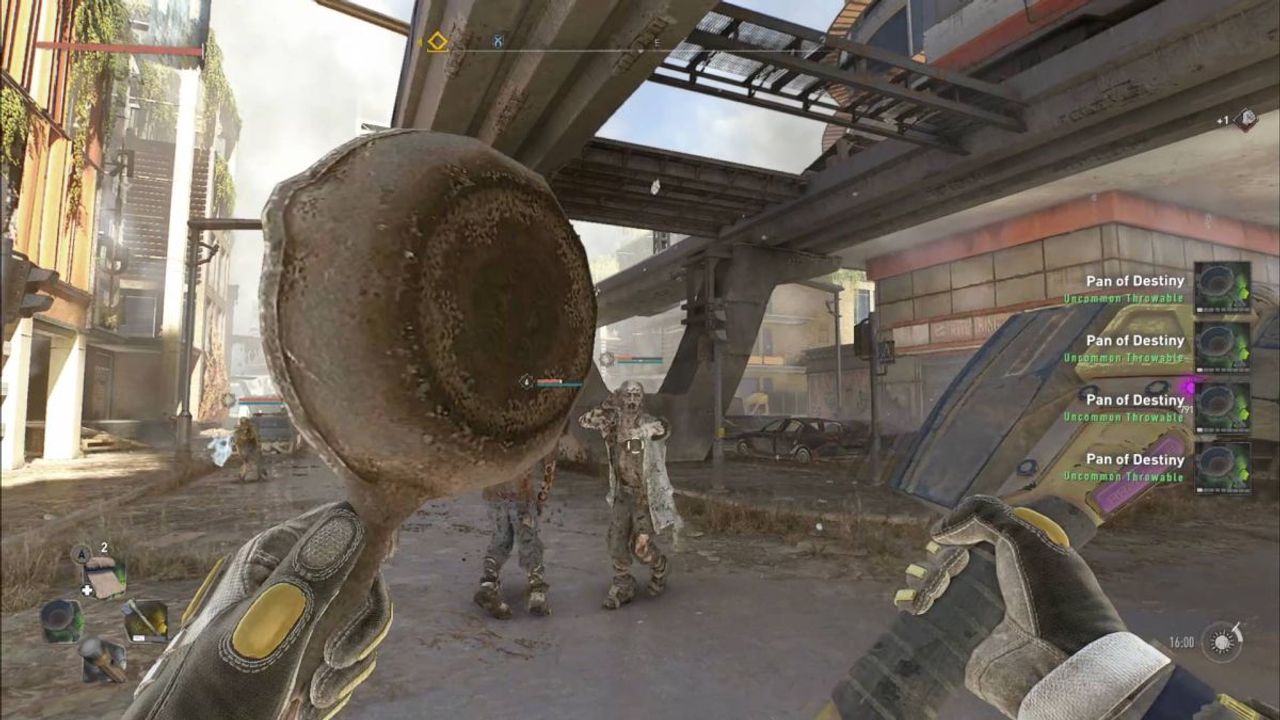 You want a secret weapon during the zombie apocalypse you say? Well, it is dangerous to go alone, take this… Pan of Destiny.

In Dying Light 2 you can find a secret frying pan weapon known as the Pan of Destiny. You can only attain said ultimate weapon from a Space Chicken that you can run into during the mission Now or Never. The quest, known as Space Cock, will eventually lead you to the reward of a Mjöllnir like frying pan that will leave you feeling similar to Thor. I say this because the frying pan will act as a never ending like boomerang weapon, as you can throw it at zombies only to have it always faithfully return unbroken. So, if you want this wacky weapon in Dying Light 2, prepare yourself to prostrate before the space chicken, Brunek.

Toward the end of the main story, you will be taken to the Stronghold to confront the leader of the Renegades, Colonel. As always upon arrival you will have the choice between brawling your way through or sneaking into the compound, but do not head to the quest marker straight away if you desire the Pan of Destiny. Keep searching up the staircase inside the stronghold until you come across one of the top rooms with an orange tent. The tent is initially blocking your view, but make sure to find the caged chicken inside, so you can do what any sane person would do, talk to it. 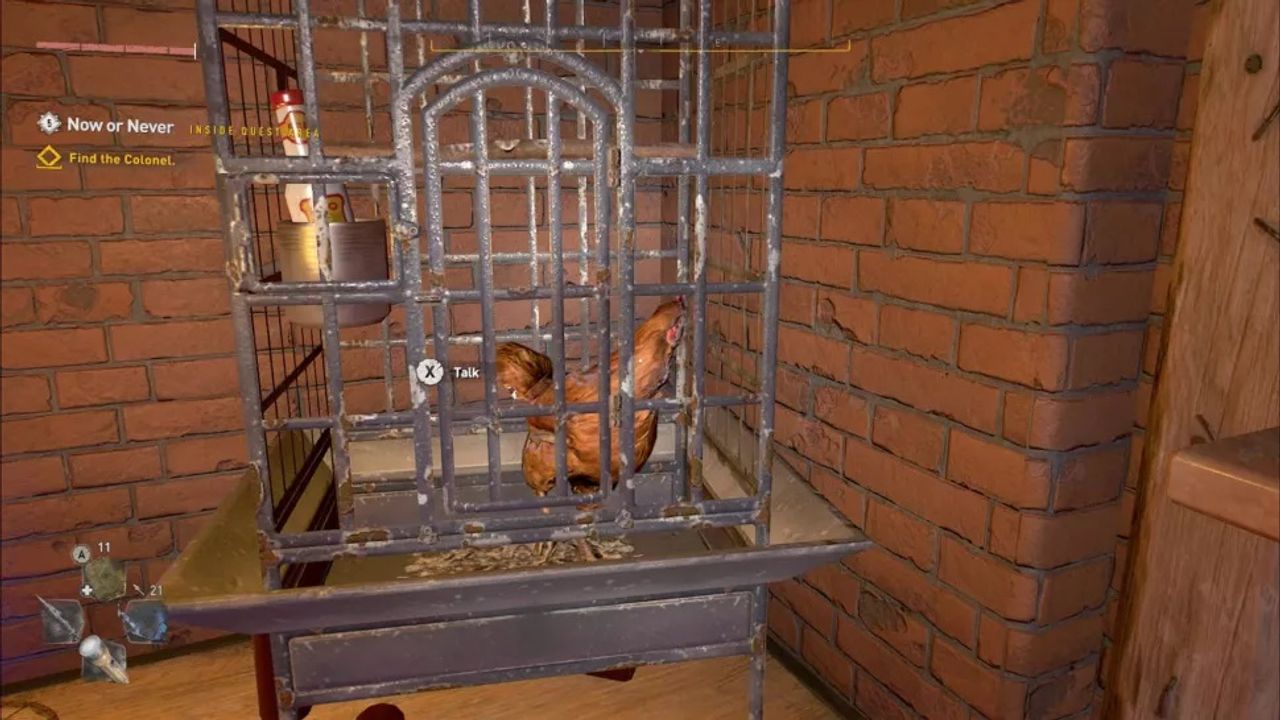 It is important to note that this is definitely not your only opportunity to visit Brunek, but it is certainly the most convenient.

So, put storming the castle on hold and talk to the chicken. This chicken will then explain that they are from space, having crash landed they are now trapped on earth, and can only go home if you find a spaceship part for them, which they’ll mark on the map for you.

If you’re still on the Now or Never mission to find the Colonel, it’s recommended to put Space Cock on hold in order to clear the main mission you were sent there for. At this point there is no reason to delay it any further and it would be rude to keep Colonel waiting any longer. So, after taking care of him and completing that mission you can head out to the designated marker to collect the remaining spaceship part. How you traverse to this marker can actually change depending on the game ending you get or are heading for, but we’re not commenting on anything like that here. Spoiler free zone friends. 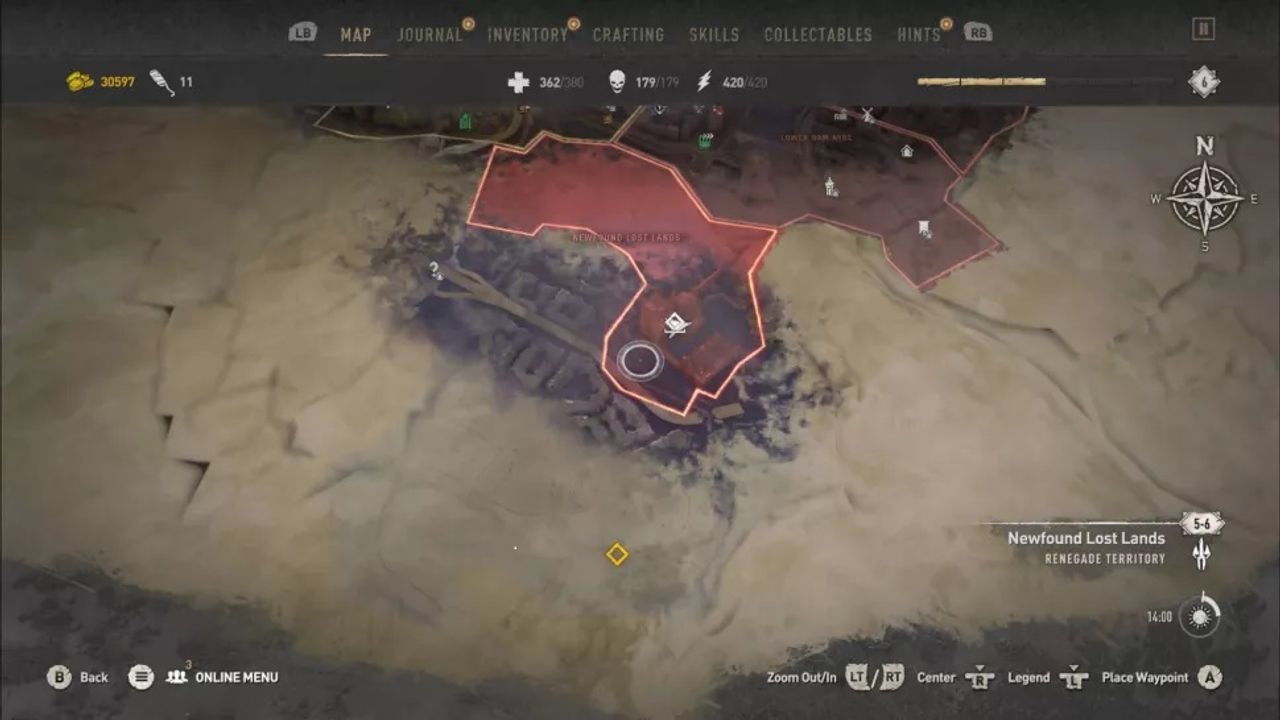 Once you have recovered the spaceship part you must head back to the Brunek the space rooster. Again, he is in the Stronghold room with the orange tent. Even if Now or Never is completed it will certainly be a difficult return journey, but I am sure you will find your way back one way or another.

When you’re back with the chicken, turn in the mission and after a bit of chat the bird will attempt to take you with them in order to help get you away from the zombie craziness going on in your world. This fails of course, darn, but in order to still pay you back for helping him, you’ll get a plan called Zoltan’s Pan.

Claim your reward and you’ll finally attain The Pan of Destiny. While this frying pan may look ordinary it is anything but. The Pan of Destiny will always return to its chosen one, similar to Thor’s Hammer, and it does not break so you will have an unlimited throwing weapon from here on out! It is important to note that the frying pan doesn’t do a ton of damage, but that is fine considering you now have a reliable throwing weapon by your side at all times. Besides, it is pretty hilarious continually smacking zombies over the head with a mystical frying pan.

Space Cock is a fairly straightforward side quest, as the most difficult part of it is simply finding Brunek. For our full review on Dying Light 2 click the link, and then go have a blast with the Pan of Destiny.

Attack of the Fanboy / GAME GUIDES / Dying Light 2: How to Get Secret Frying Pan of Destiny Weapon