An essential parkour move is strangely absent at the start of the game. Sliding is a core aspect of parkour, and many Dying Light players expect to be able to slide immediately when playing Dying Light 2. However, sliding is not a default ability in this sequel. Dying Light 2 withholds multiple parkour moves that most games would give the player right from the beginning and instead makes them unlockable skills that can only be obtained later in the game. They’re not even beginner-level skills either, requiring at least a few hours to unlock. You can get them early with a little bit of work, thankfully. Here’s how to slide in Dying Light 2.

How to Slide in Dying Light 2

Sliding is not unlocked by default in Dying Light 2. In order to slide, you must first unlock the Slide parkour skill, this requires you to have a prerequisite skill called Sleek Runner. You also need a total of 160 Stamina to unlock the move once you have the prerequisite ability. After you acquire the Slide skill, you can slide by holding the crouch button. You can use this skill to slide through low holes in walls, under debris, and through other low passages. It’s a great way to conserve momentum when you run into obstacles. 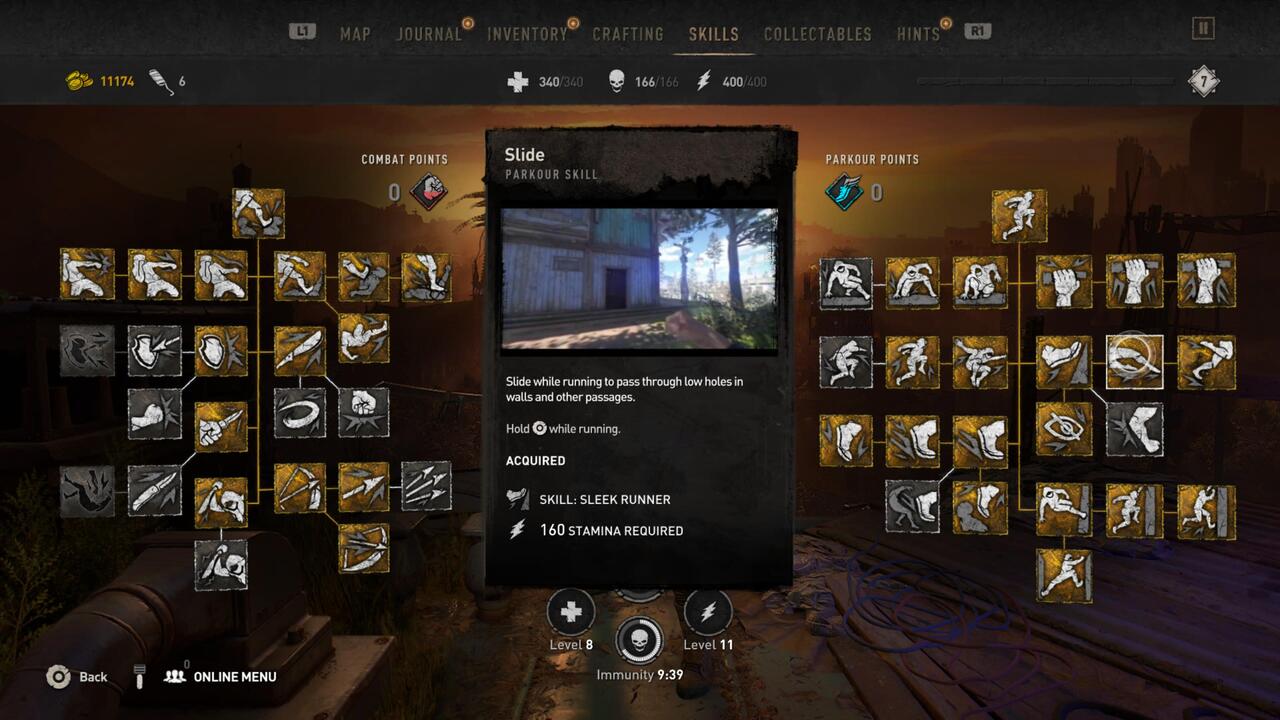 How to Increase Stamina

In order to increase your Stamina to a level where you can acquire the Sleek Runner skill and ultimately the Slide skill, you will need to find Inhibitors scattered throughout the city. Every time you find three of them, you can upgrade your Health or your Stamina. If you prioritize your Stamina over your Health, you’ll meet all the requirements for sliding in no time. There are plenty of easy Inhibitors to find in the early hours of the game, and many main quests will send you to areas with a lot of them anyway.

Thankfully, once you unlock the Slide skill, there is nothing else you need to unlock related to sliding. Other parkour abilities like the Wall Run are split into multiple parts, which can be a bit frustrating for players who are used to having those skills right from the get-go. However, as long as you prioritize your Stamina and seek out a few Inhibitors, you can get all the usual skills back in no time. Villedor is a blast to explore, so it’s worth taking the time to seek out Inhibitors and GRE caches.

Attack of the Fanboy / GAME GUIDES / Dying Light 2: How to Unlock Slide Skill