Dying Light 2: Split the Goods or Fight? (The Ball is in Your Court Quest) 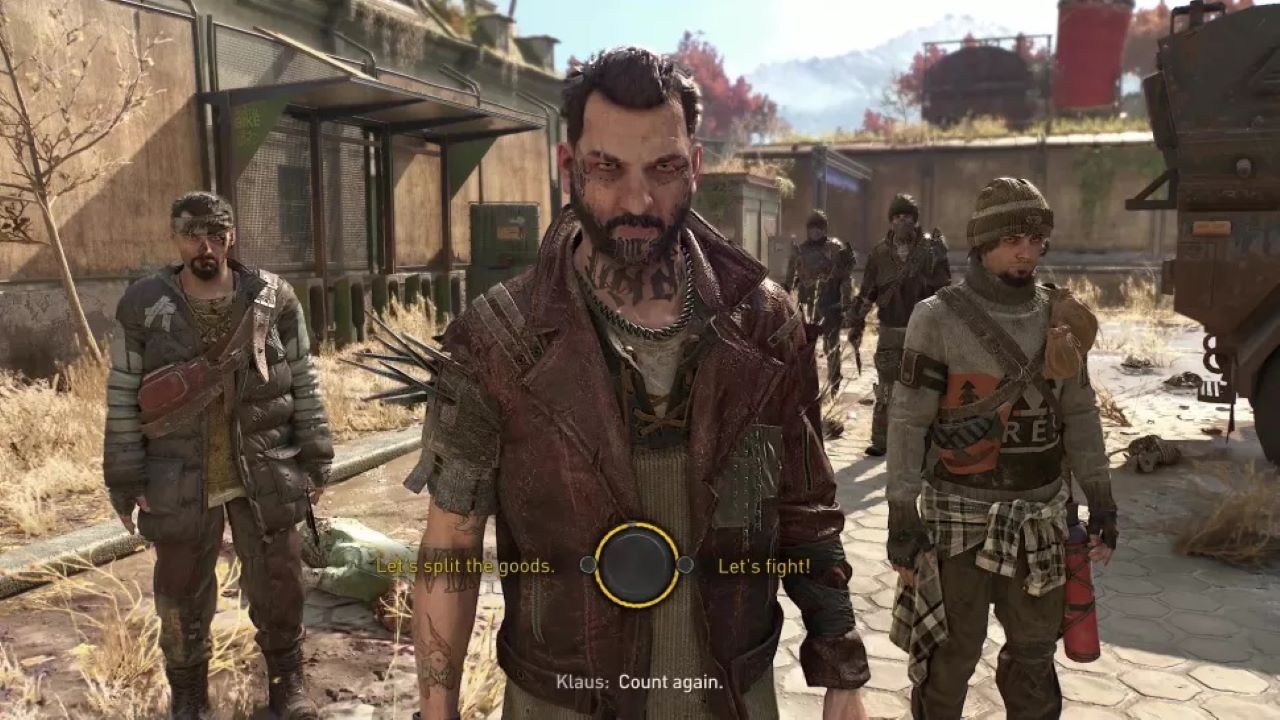 Dying Light 2 is filled with player choice, or at least what seems like player choice. With Techland leaning more into the RPG elements than in their first game, Dying Light 2 does have some compelling moments where choices matter. On the other hand, there are choices made in almost every quest in the game that often result in things not really changing. With that backdrop, here is whether you should split the goods or fight Klaus in Dying Light 2’s The Ball is in Your Court quest.

After barely escaping from the underbelly of Hell getting the water filters for Hubie, and ultimately Dodger, Klaus and his friends will meet you topside. At this point, you’ll have a couple of seconds to choose whether to fight Klaus or split the goods. Unfortunately, whether you decide to split the good or fight Klaus, you will end up fighting the gang.

As mentioned previously, this is just one of those missions that is more about player experience than actually changing the narrative. Both choices lead to the same result, but you’re Aiden that you are role-playing as will choose to either fight right off the bat or be tricked into fighting after negotiations fail. As a side note, make sure you have plenty of crafting material for medicine as this fight will get hairy.

Rat out Hubie or Help and Have the Goods?

After you survive the fight with Klaus’s men, you’ll eventually return to Dodger. He will give you a choice to either say that you helped him and you have his goods or to tell him that Hubie tried to cheat him. Again, the choice you end up choosing doesn’t have an impact on the overall game. So whether you choose to protect Hubie or rat him out, the same things will unfold. Dodger will thank you, Klaus will show up and say he respects that you stood your ground, and you’ll go your merry way with your quest rewards.

Now you know whether to split the goods or fight Klaus in Dying Light 2. And whether you like it or not, there are a lot more quests like The Ball is in Your Court. For that reason, be sure to check out which guides actually have meaningful choices and which don’t at our Dying Light 2 guides page.

Attack of the Fanboy / GAME GUIDES / Dying Light 2: Split the Goods or Fight? (The Ball is in Your Court Quest)