Dying Light 2: The History Lesson Guide – Where to Investigate the Square

It can be easy to miss some things in this quest. 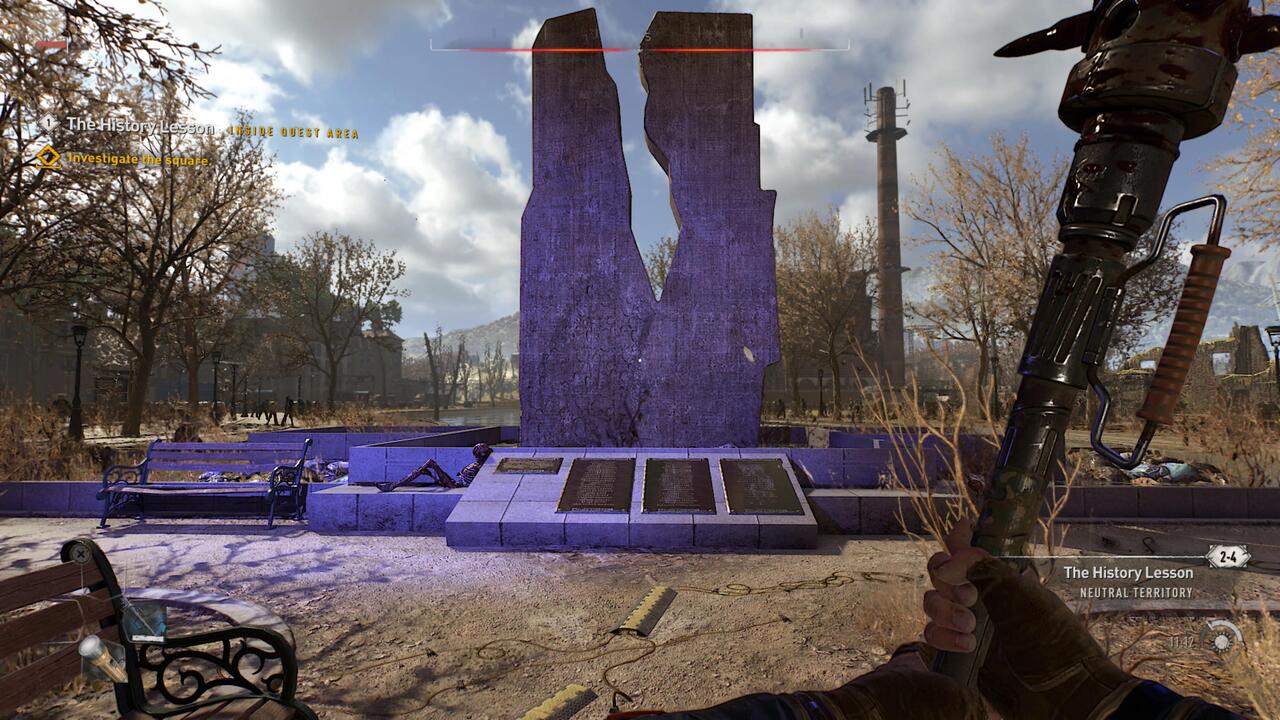 The History Lesson is an early side quest in Dying Light 2 that tells players to investigate the square, but many players are having trouble figuring out what exactly they’re supposed to investigate. The quest itself is quite simple on paper. The quest giver sends you to a local memorial to learn about some of Villedor’s history, but you have to interact with certain parts of the memorial in order to proceed with the quest. A few of them are quite obvious, but there’s one in particular that’s hidden really well. Here’s how to investigate the square in The History Lesson quest in Dying Light 2.

Where to Investigate the Square in Dying Light 2 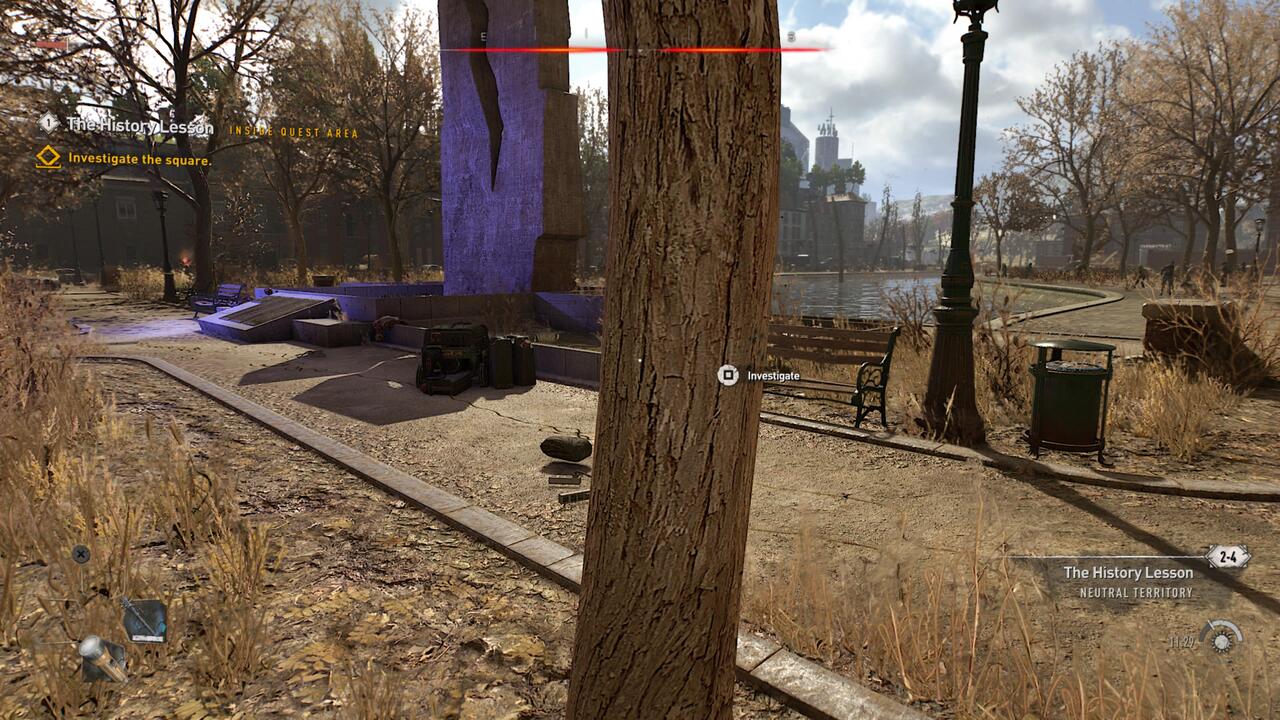 The other investigation point is a tree that is located a short distance to the right of the monument. You’re looking for marks left on the tree from the incident. It’s a strange thing to require players to investigate, but once you’ve taken a look at it, that should be all you need for this quest.

Dying Light 2 has plenty of other quests like this where it will drop you into a search zone and force you to find everything on your own without any objective markers. If you ever find yourself stuck in a quest like this one, just rely on your Survivor Sense and make sure you check every little thing in the search area.

Attack of the Fanboy / GAME GUIDES / Dying Light 2: The History Lesson Guide – Where to Investigate the Square