Dying Light 2: What is the Correct Radio Frequency?

Hope you were paying attention. 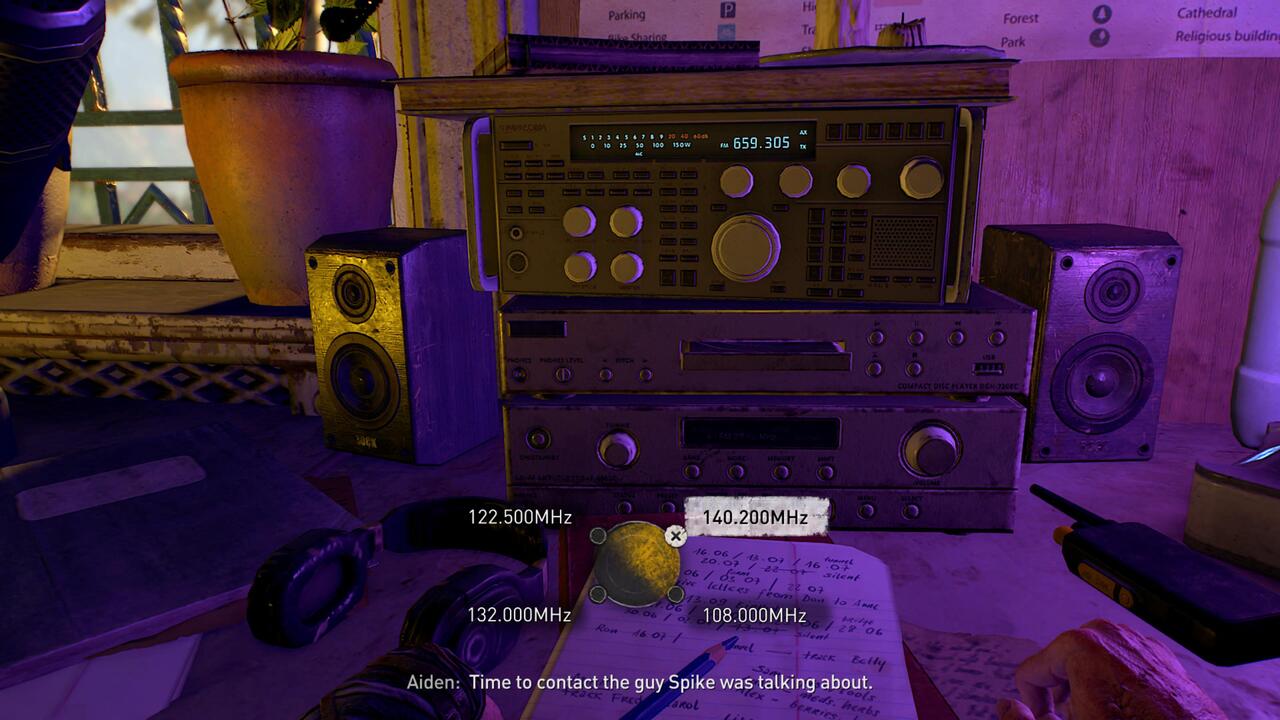 At the beginning of Dying Light 2, Aiden is traveling with a friend of his named Spike who claims to have an informant that can lead Aiden to the person he is searching for. After scavenging in an old house, Spike sends Aiden on his way and gives him a radio frequency that he can use to contact his informant. When the time actually comes to contact the informant, however, the game asks you to choose which radio frequency to use. If you weren’t paying attention to the dialogue, then you may find yourself stumped here. Don’t fret though, here is the correct radio frequency to choose in Dying Light 2.

Which Radio Frequency is Right?

In the opening chapter of Dying Light 2, Spike will tell you to contact his informant on a certain radio frequency. The game throws a few infected your way and allows you to freely explore the surrounding area before you have to use the radio, so some players will forget the right frequency. When Aiden goes to use the radio the next morning, the game will present you with four options to choose from. The correct radio frequency is 140.200Mhz.

Thankfully, making the wrong decision does not have any consequences. The game will simply make you choose again and again until you select the right frequency. In Dying Light 2, dialogue options that will have an effect on something are highlighted in yellow. Those yellow dialogue options either indicate the end of a conversation or a branching choice, but the frequency choices are white, so you’re free to make mistakes without any repercussions.

Since Dying Light 2 features branching story paths and decisions, it is important to pay attention to what characters say to you. This radio frequency test is just preparing you for more serious decisions later down the line. You’ll frequently have to choose between one faction or another, and most of the time, the serious choices will give you a limited amount of time to make a decision.

Attack of the Fanboy / GAME GUIDES / Dying Light 2: What is the Correct Radio Frequency?