EA Sports UFC 2 Guide: How To Do/Counter Takedowns And Submissons 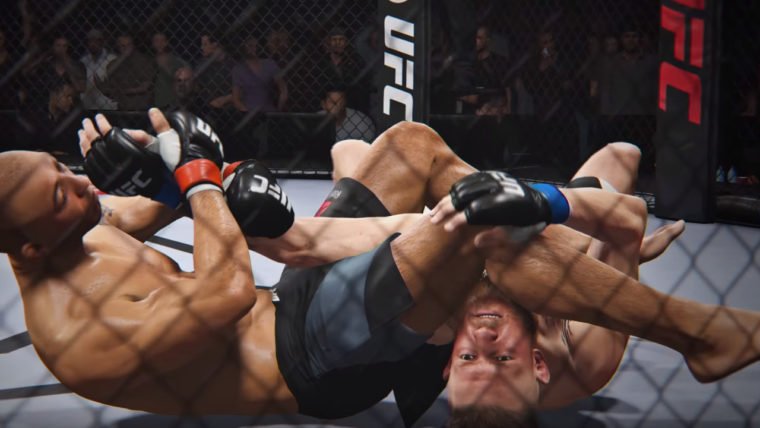 Apart from striking, the other thing that you have to do in MMA fighting is taking down your opponent to the ground. EA Sports UFC 2 has a robust takedown system that also leads into a kind of complicated submission mini-game.

First of all, let’s talk about initiating a takedown. You usually need full stamina in order to take down your opponent successfully. You can do this by holding the left trigger (L2) button and then push forward with the right stick. You have to hold the right stick forward until you knock your opponent down.

For a more powerful takedown, you hold the left bumper (L1), left trigger (L2) and push the right stick forward. This takedown is stronger and should be harder for the opponent to counter. 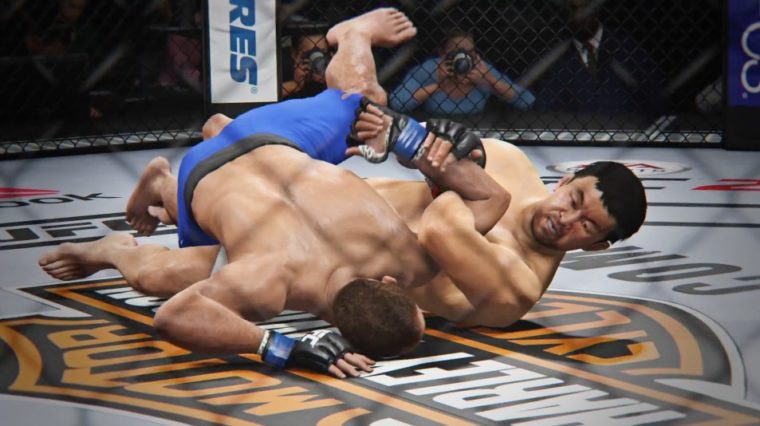 Speaking of submissions, it’s pretty difficult to do but they’re not impossible. You just need a lot of patience and skill in order to do them successfully.

You need to be in the dominant position when you are on the ground. To do this, you pretty much just have to keep pressing the left trigger (L2) and hold the right stick in the desired direction that tells you where you need to go. If successful, you should see the name of a submission highlighted in yellow such as “armbar” or “kimura” for example.

You can also do something called a chain submission. This briefly shows up as a green icon. Use the left analog stick to push in the direction that the green part shows up. If successful, you might be able to lock on a different type of submission to your opponent.

To block an opponent’s attempt to escape, hold the right stick in the direction that your opponent is using. This is indicated by either a red or blue color. You have to be faster than your opponent so push the stick quickly when you see them trying to escape. If you do all of these steps successfully, you can finally do the submission.