Become the Matador of Mt. Gelmir! 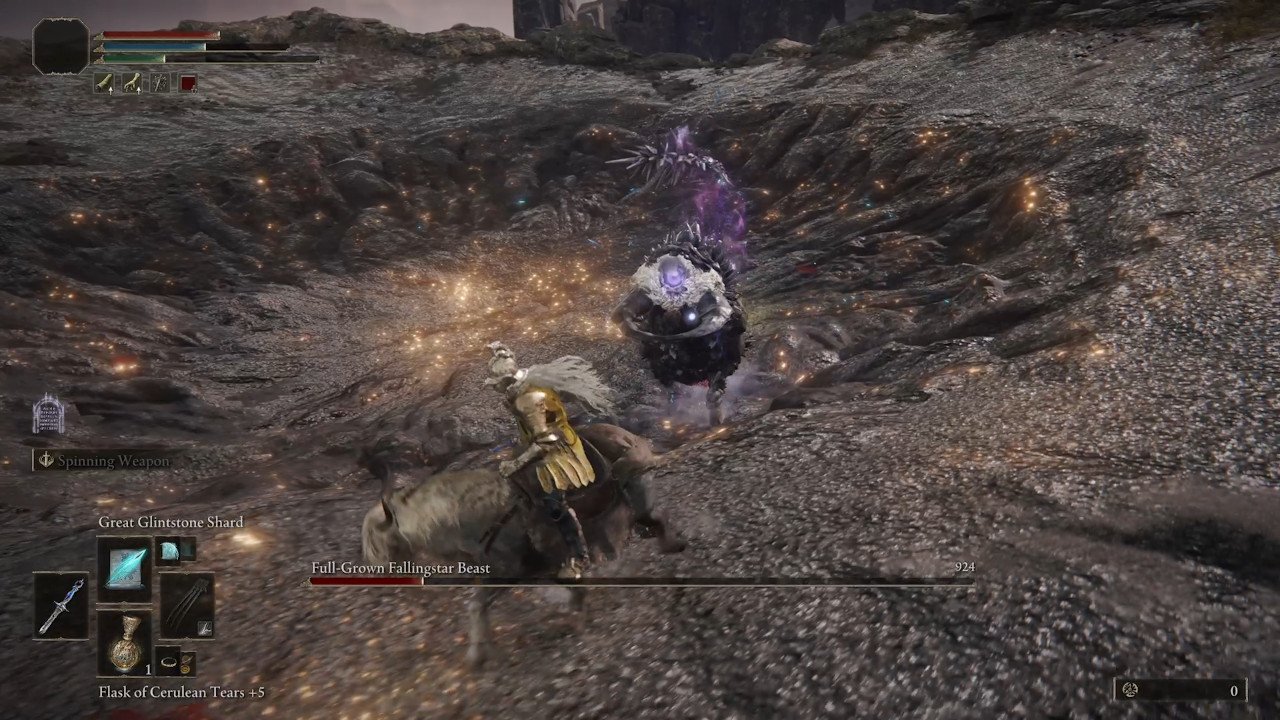 If you’re trying to get to Mt. Gelmir, you might have passed by a particularly ornery optional boss in Elden Ring.  This boss is the Full-Grown Fallingstar Beast, with frontal pincer-like jaws and a lethal, whip-like tail.  This beast likes to charge you like a bull and is surprisingly sturdy and powerful, but don’t let it discourage you from trying to take it on.  While it can finish you off with only a few quick attacks, you’ll find this beast to be quite manageable.  Here’s our guide to How to Beat the Full-Grown Fallingstar Beast in Elden Ring!

The most important thing you’ll want to do in this battle is to meet the boss’ mobility advantage with your own, so stay on Torrent as often as possible.  This will enable you to quickly ride past its charge attacks; don’t jump over the length of the creature, but to either side, as making contact during this fight could kill your mount, or you.  If you use ranged attacks or magic, stay locked on, and broadside the creature in between its attacks, or ride up close and swing your weapon.  Beyond that, you’ll need to take note of particular attacks.

You’ll be happy to know that this fight, unlike the version you encounter in Sellia Crystal Tunnel, is easier to navigate and you’ll be able to avoid more of this creature’s attacks.  Just don’t get greedy, ration your healing flasks, and outlast this creature.  This can be done even right when you encounter it, instead of skipping it, so you won’t feel the need to over-level in preparation. The Full-Grown Fallingstar Beast likes to charge forward, often three times in one burst.  Additionally, the boss can shove its pincer-like jaws into the ground, at which point you’ll want to move along to the side to avoid some debris; this attack might be easier to dodge-roll when off Torrent.

The boss also uses magic where its jaws glow purple, at which point, either ride on Torrent and maintain a forward course, or dodge-roll if on foot.  This attack causes jagged rocks to appear from beneath you, marked by pulsing energy on the ground.  There’s an attack where you’ll see the beast charge up and the ground starts to shimmer, get on Torrent and ride as far back as possible to avoid a gravity attack that can smash you into the ground. 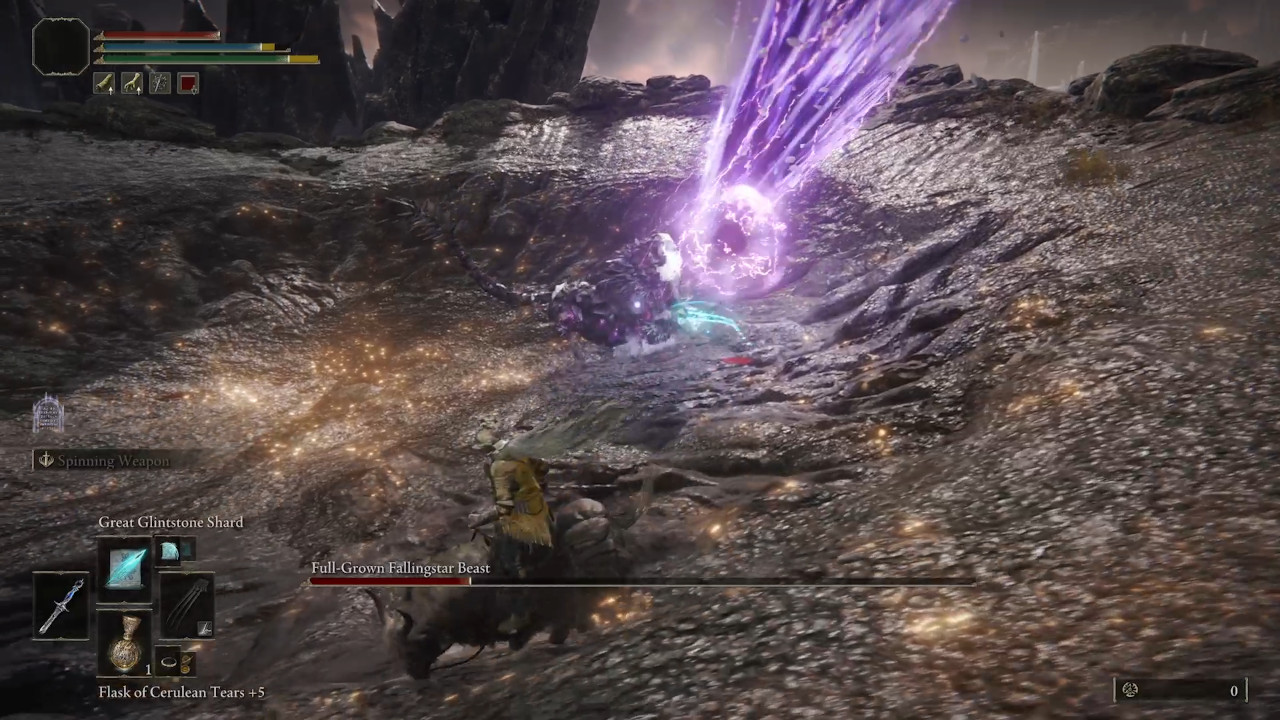 Finally, it charges a beam attack, simply ride up to the opposite side of where it begins its firing, directly next to the creature, and either pummel with projectiles or slash away.  Any magic-based attacks it uses will result in it taking a pause, at which point you should fire away with your best ranged attacks.  One neat thing about this arena unlike the Sellia Crystal Tunnel, the middle here is concave and if the boss fires this attack from the middle, it might hit the upward slope, nullifying the shot. If you outlast the beast you’ll gain 21,000 runes and a Fallingstar Beast Jaw colossal weapon which requires 34 Strength to use, most notably, but also scales nicely to Intelligence and Defense.  It also can deal magic damage, so this is a worthwhile weapon for any battlemage archetype players.  This makes it worth not fully skipping, even if you just come back to it later.  Power on through to the next area, for Volcano Manor, and the area’s map fragment.

This concludes our guide to How to Beat the Full-Grown Fallingstar Beast in Elden Ring!  Be sure to check out our other guides, and our review!