This boss is genuinely not in your way, don't let it push you around. 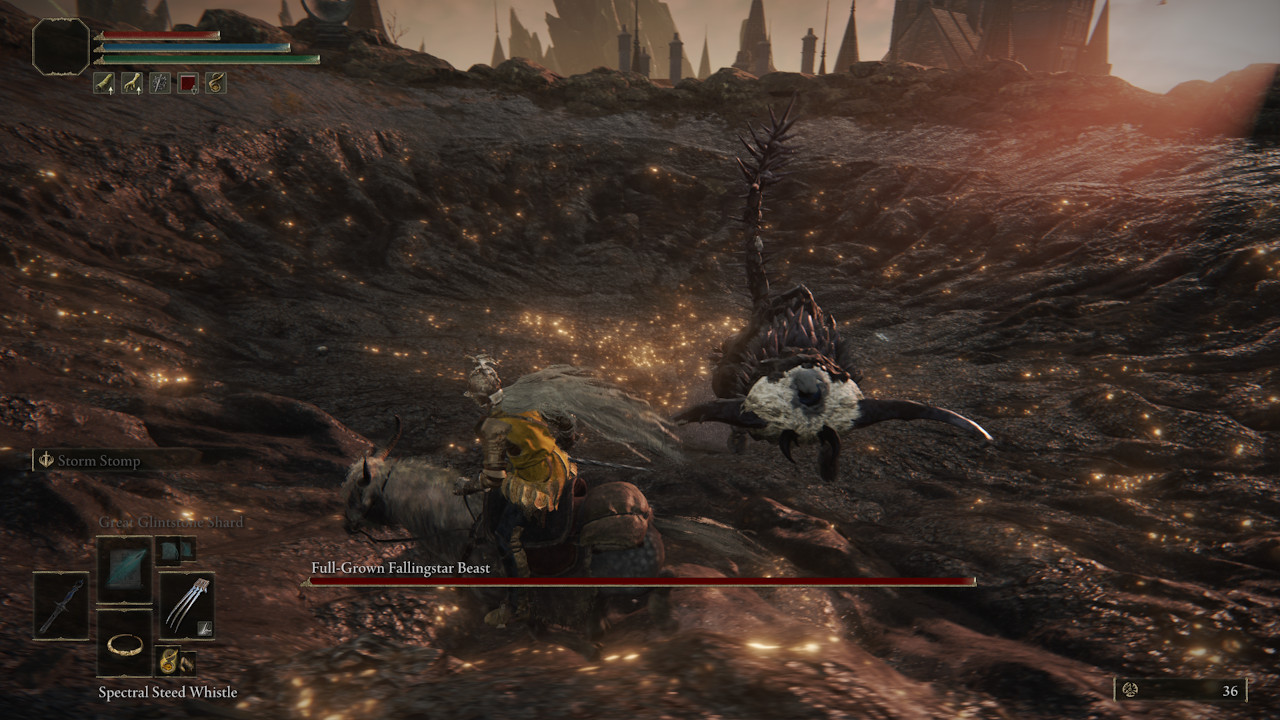 You’re climbing Mt. Gelmir, inching closer to the Volcano Manor in Elden Ring, when you reach a deadly beast on your path.  The Full-Grown Fallingstar Beast is a vicious abomination that has fairly strong defensive capabilities, and threatens to stop your exploration dead in its tracks for the region.  But there’s a way to avoid the confrontation if you’re not ready, so be sure to read our guide on How to Skip the Full-Grown Fallingstar Beast Boss in Elden Ring! 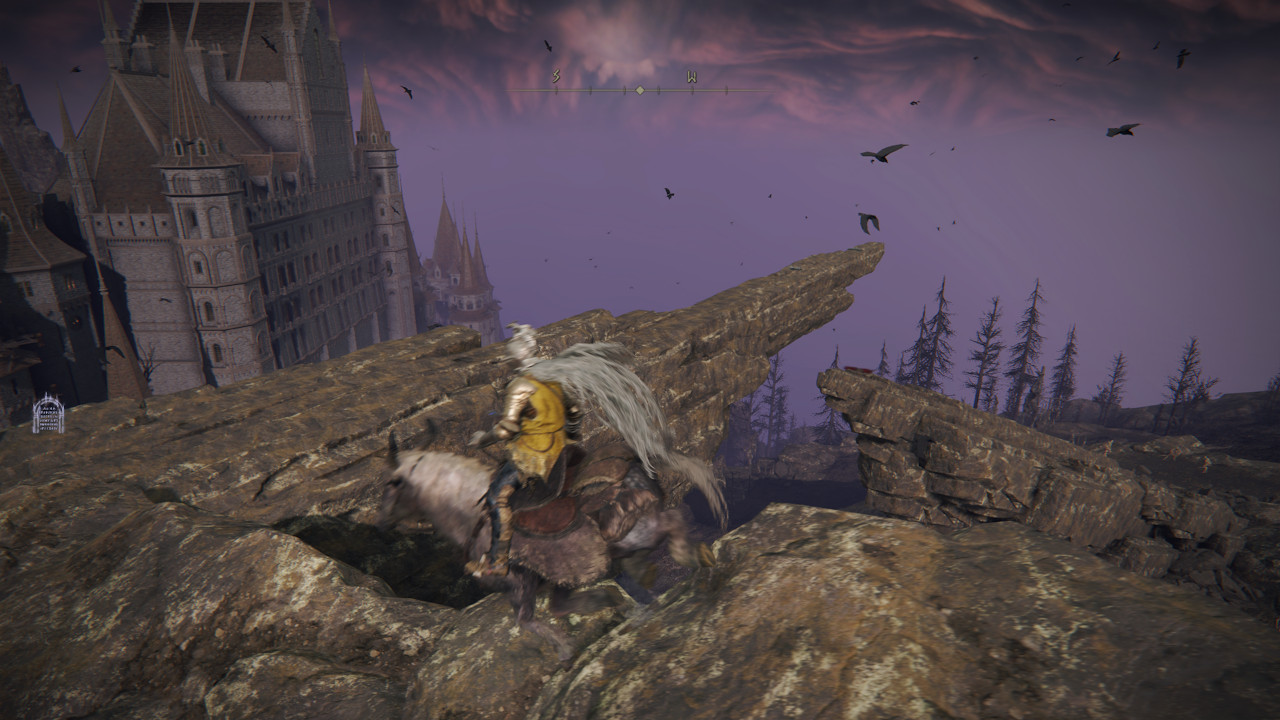 As soon as you enter the combat via a Spiritspring Jump point next to the Ninth Mt. Gelmir Campsite, ride along the right side, there’s a rocky bridge you can jump off to leave.  The boss can’t follow you here, and it’s legitimately that simple.  It’s naturally recommended to ride Torrent and get here fast, and prepare for some other, less dangerous but more numerous foes.  If you continue downhill from here you can go either to Volcano Manor or further down to get the Mt. Gelmir map fragment.

If you’re tempted to fight this boss to see what you get, consider staying mounted while doing so, as this enemy will shred you with reckless abandon if you go on foot.  The boss likes to charge in a linear path at you like a bull, so take advantage of this pattern behaviour and take one or two shots, max, if using projectiles, to outlast this boss.  Keep your distance and stay mobile, as it has a combination of physical and magic attacks with lots of potential high-damage shenanigans. 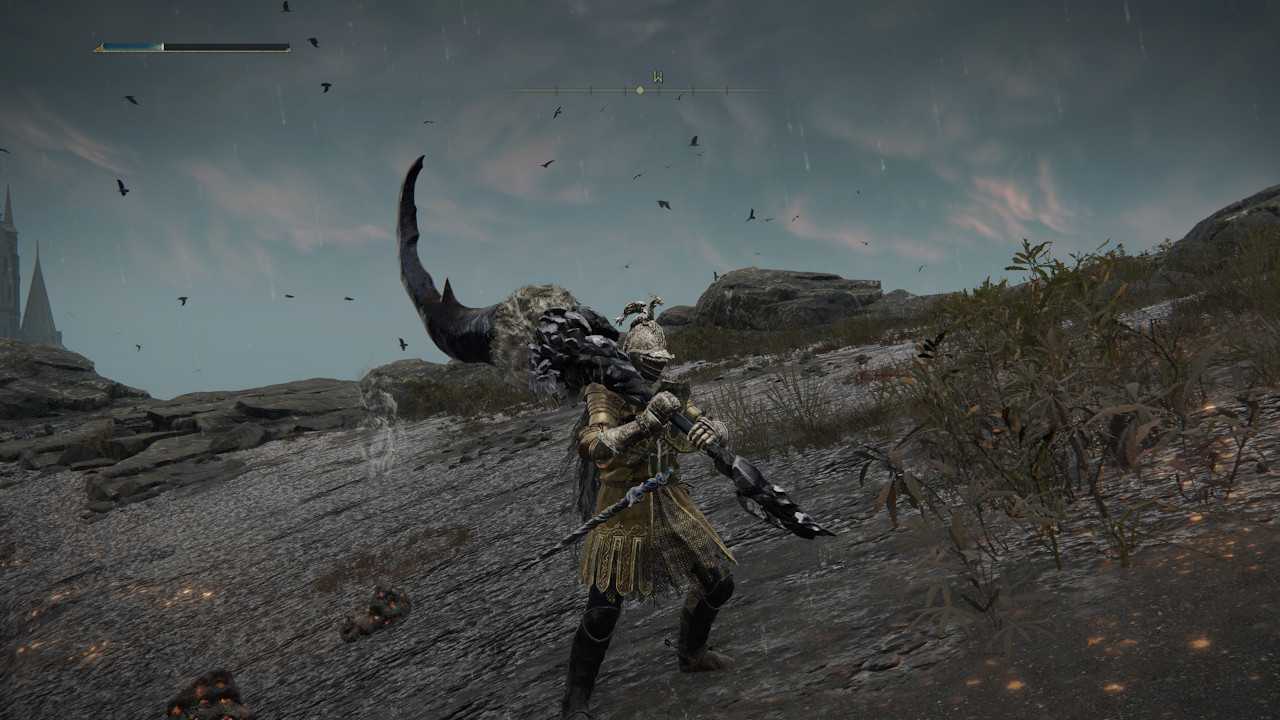 If you win the fight though, you get the Fallingstar Beast Jaw among other things, and this weapon is a colossal strike/piercing sword capable of inflicting physical and magic damage.  While the runes and smithing components are fair compensation, this item particularly makes the fight worth it if you choose to fight.

This concludes our guide on How to Skip the Full-Grown Fallingstar Beast Boss in Elden Ring!  Be sure to check out our other guides, and our review!