Elden Ring: Where to Get the Death’s Poker 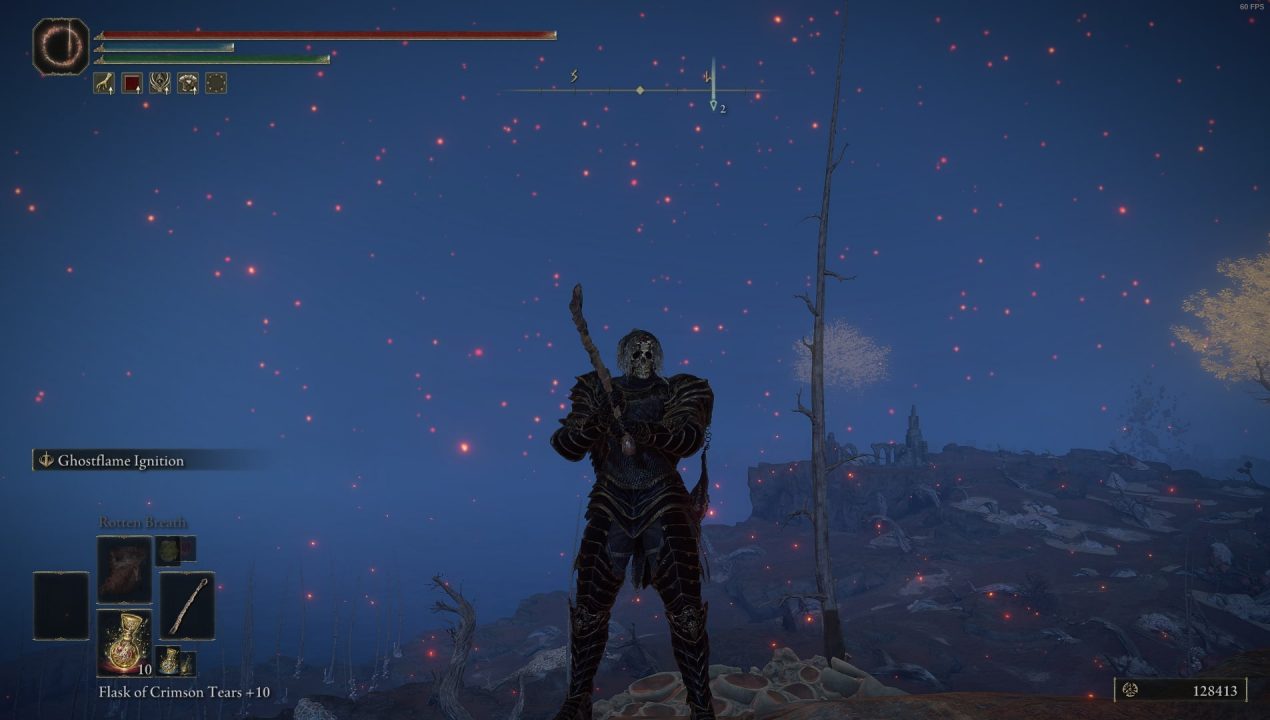 For Elden Ring players, or the Tarnished, who were affected by the most recent patch to the game (Patch 1.03), there is still hope to find more weapons to use to cheese enemies and bosses alike. Though the Sword of Night and Flame can no longer beam enemies into oblivion, there are still plenty of weapons out there to vanquish your enemies in the fastest ways imaginable. One of those cheesy weapons, the Death’s Poker, destroys enemies even faster than pre-patch Sword of Night and Flame. Do you want to know where to get the Death’s Poker in Elden Ring? We have got you covered.

Where to Get the Death’s Poker in Elden Ring

To get the Death’s Poker, you will need to travel to Caelid, which is available right at the start of the game. You will need to head to this marker on the map far to the east of the border between Limgrave and Caelid. However, it is advised to get Torrent first to make the journey faster. 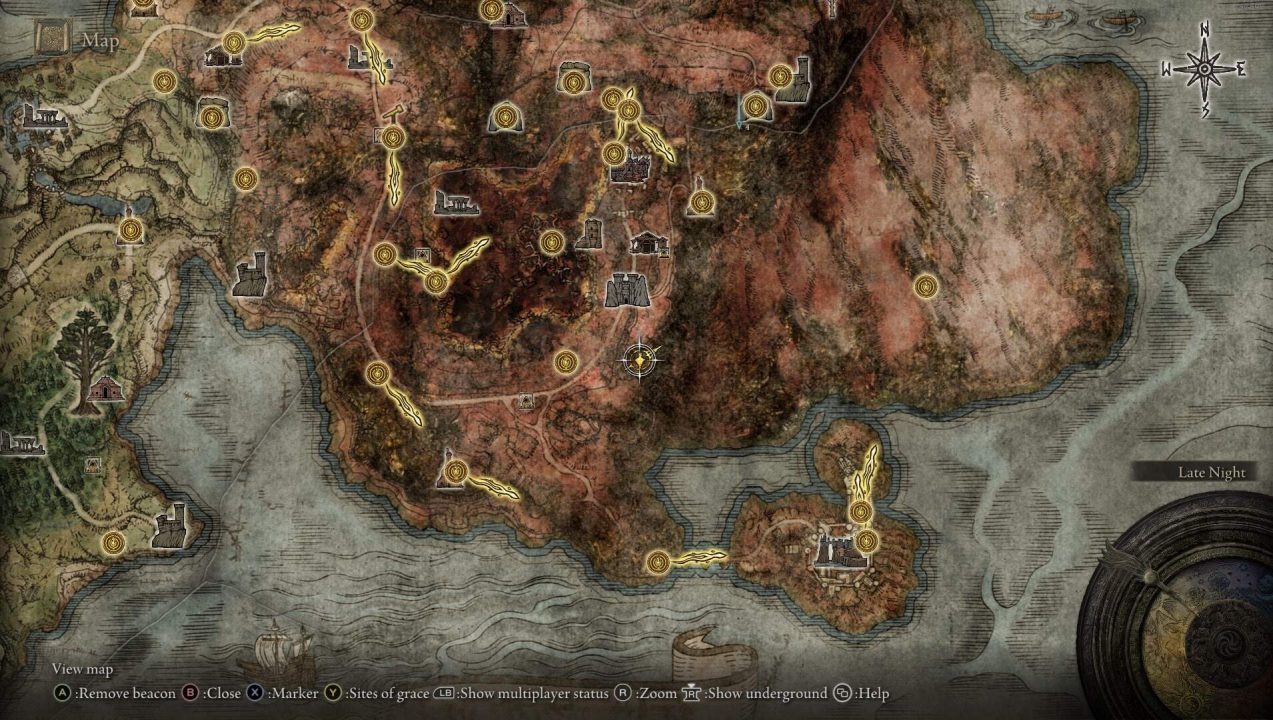 Going further south, pass the bat-like enemies and the screeching howler enemies. Once you see the giant at the ledge, go a little left to get on top of white boils that take up the left side of the ridge. Looking down, you will see a winged giant enemy.

This is the Death Rite Bird and going atop the mountain and looking down at it means you will never need to actually engage with the enemy. Just make sure to have enough arrows to take it down. Two-handing your bow will allow you to aim at the bird and allow you to take power shots at it.

Even if you run out of FP, power shots still do more damage than regular shots. Be sure to have enough arrows. You can buy as many arrows as you want at the Church of Elleh. After you have defeated the Death Rite Bird, you will get the Death’s Poker Greatsword. 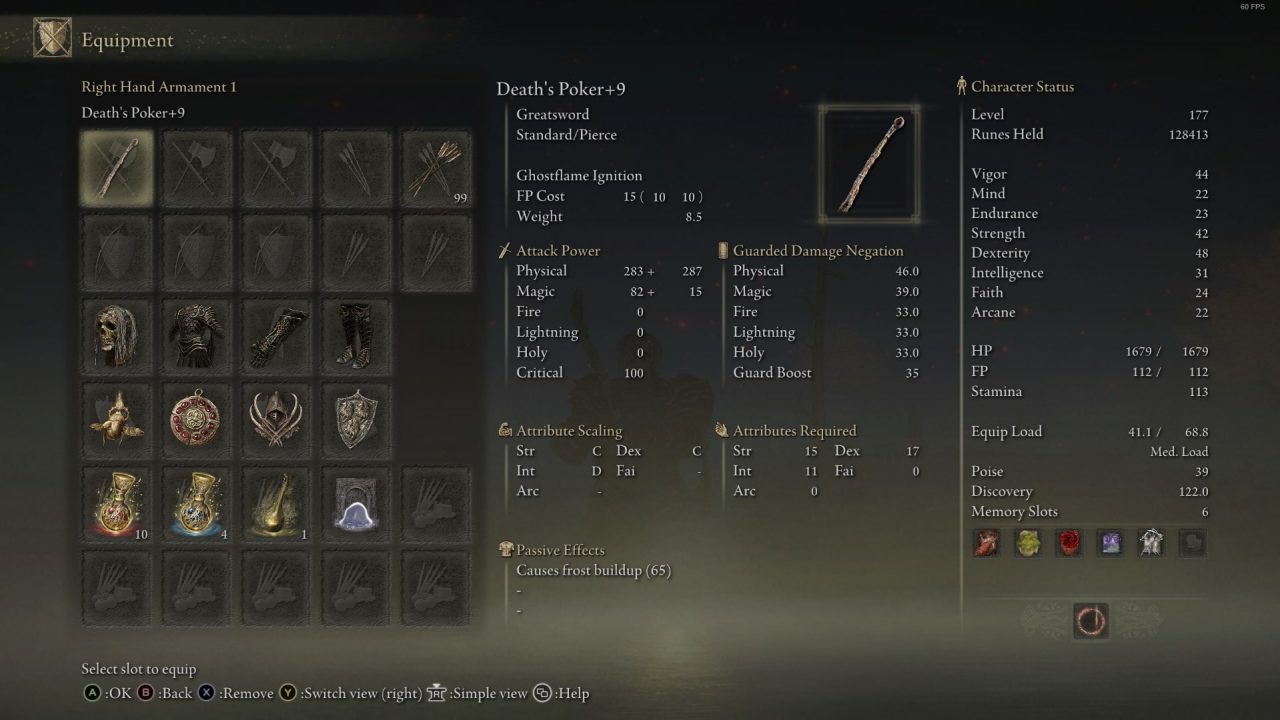 This Death’s Poker shows what the weapon will be like after nine upgrades, which can be found throughout your playthrough of Elden Ring. The weapon requires 17 Dexterity, 15 Strength, and 11 Intelligence to use.

Attack of the Fanboy / GAME GUIDES / Elden Ring: Where to Get the Death’s Poker