The latest news in the world of video games at Attack of the Fanboy
December 6th, 2015 by Kyle Hanson One important thing to note here is that this set spawns based on your level. There’s a few pieces to the equation, but the general consensus is that if you’re above level 26, you should be in the clear. The higher you are above that the more sure you can be that the suit you find will be the X-01. Just try to wait as long as you can before heading here to be sure you get what you really want. So, down to business. The X-01 is hidden away on a roof in downtown Boston, in an unmarked building that is guarded by some fierce robots. Being unmarked, it can be pretty tough to spot, but if you know where to look it isn’t a real problem. Your starting location should be Goodneighbor, so head there and then leave the town. You’ll want to head east, toward the coast, though it’s only part of the way there.

The location you are looking for is Custom House Tower, an inauspicious building amid the rubble. This isn’t where the X-01 Power Armor is though, but it’ll get you close. Once you find Custom House Tower face toward the entrance and look to the left. There will be two teal buildings, you are looking for the taller and further away one. Head toward it and on the left side should be an entrance that is marked 35 Court. 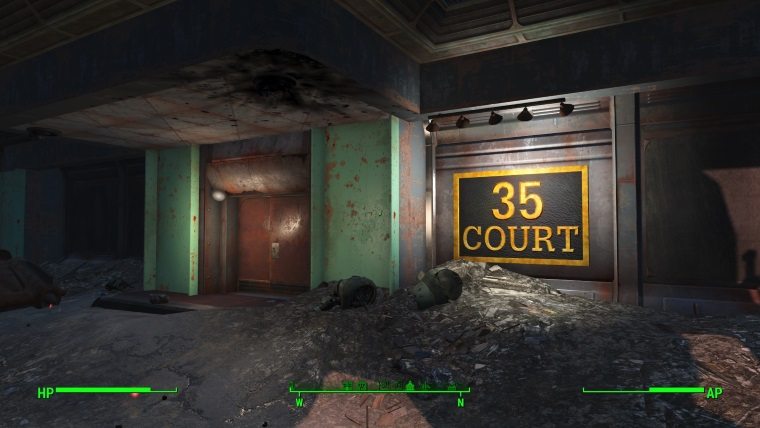 Enter the building and go up the elevator. This will stop halfway up the building, so look around for the other elevator on this level and take it to the roof. This is where the X-01 is, but you need to do a bit of combat first. And by a bit of combat, I mean you have to fight off an Assaultron and a Sentry Bot. By utilizing the outer scaffolding you might be able to kill these guys with minimal fight, but it’s going to be tough no matter what you do.

One strategy that I enjoyed was tossing a few mines down as soon as I got to the roof, then throwing an Artillery Smoke Grenade, and hiding down below. The Assaultron will still come down, but you can take him out while the artillery takes care of the Sentry Bot. However you do it though, just kill these two robots and hit the buttons in their containment chambers to unlock the Power Armor. If you did it all right there should be a full suit of X-01 Mk. III Power Armor, the best and rarest set in Fallout 4.