Fallout 4 Far Harbor Guide: Where to get the Marine Armor; the Best Armor in the Game 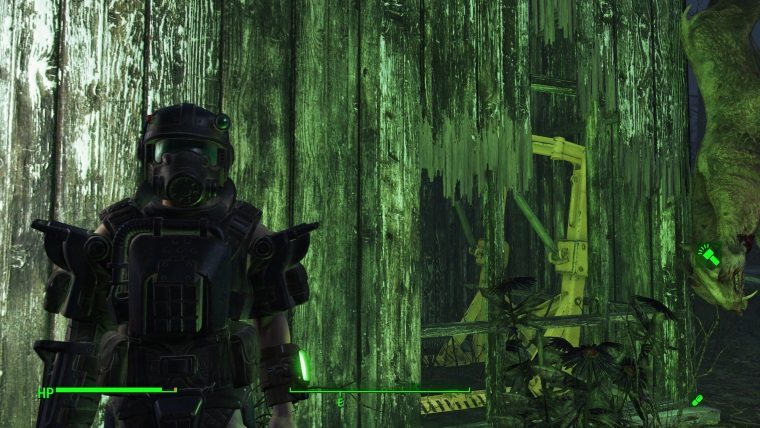 Aside from your level, and what weapon you are using, your armor is the most important thing you have on you in Fallout 4. There are many different kinds of armor, with some being better than others, but with the release of Fallout 4 Far Harbor there is little doubt of which is the very best.

The Marine Combat Armor, which can be found throughout the island is easily the best armor you can find in the game, outside of just using Power Armor. However, all the stuff you find on Trappers and other characters is beaten, and used. There is one set of untouched Marine Armor though, but it can be pretty tough to find. So, here’s our guide on how to find the Marine Armor in Fallout 4 Far Harbor.

This is actually a miscellaneous quest that you discover by playing through the main storyline of the Far Harbor DLC expansion. Just keep pushing through this questline and you’ll come to a mission called Best Left Forgotten. Complete it and the “Find the Marine Combat Armor” mission will be added under Miscellaneous. The armor is out there to be found, but you need to have this mission in your questlog if you wanna get it.

The Marine Armor is split into three separate parts, and scattered around the outskirts of Far Harbor island. To locate the whole set you’ll need to head to these locations and grab the goods. Starting on the far west side of the island, the shipment is deep underwater in a shipping container. Head to Rayburn Point, then out into the water at a south west angle. You should spot the container at the bottom of the ocean with a chest inside with the first few pieces of the armor.

The second set is more toward the south, though still off the west coast of Far Harbor. The closes fast-travel point that I found was the Children of Atom Shrine that you encountered during the main quest. Go here and head south west once again, though a bit more west than south this time around. Swim out into the ocean again and you’ll eventually see a ship on the bottom. Inside is the second set of Marine Armor pieces.

Finally, the third shipment of Marine Armor in Fallout 4 Far Harbor is found off the east coast, to the south. It is almost due east from the Harbor Grand Hotel, so head there and swim out one more time. Another sunken ship is found here, so head to the box on board and grab the final pieces. Now you have the best armor in the entire game of Fallout 4. Of course, you can still mod it a bit to give it some more edge, but not by much.

Where to Get the Marine Armor; the Best Armor in the Game

Home / Game Guides / Fallout 4 Far Harbor Guide: Where to get the Marine Armor; the Best Armor in the Game