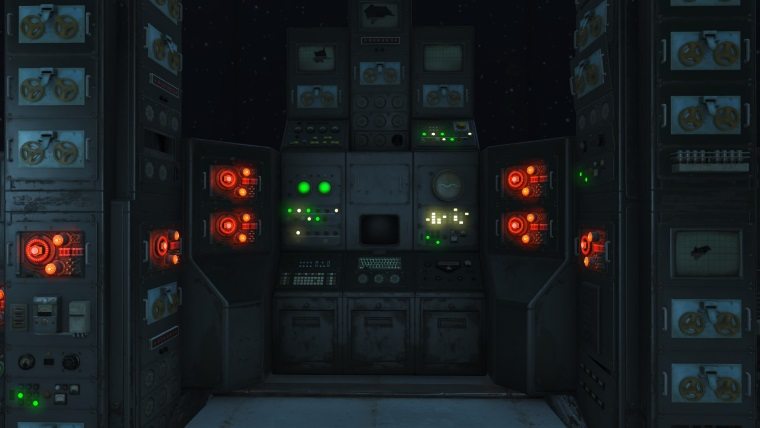 Fallout 4 Nuka-World seems to have a minor obsession with fetch quests. It seems like no matter where you are, you’re being asked to go find X and bring it to Y. The biggest of these, though maybe not the hardest when compared to the Hidden Cappys, is easily the Star Core challenge in Nuka-World’s Galactic Zone. If you haven’t gotten there already then just know that you will have to scour both the Galactic Zone itself, as well as other areas around Nuka-World. There are 35 Star Cores to find in total, but unless you really want that shiny new Power Armor, you can get by with just 20 of them. After much toiling I found all 35 anyway, so I’m gonna show you where to find Star Cores in Fallout 4 Nuka-World.

Note: I’m not going to walk through the combat needed, or even the keys required at times. You’ll have to figure that stuff out on your own, this is just to show you where to find Star Cores.

In total there are the following number of Star Cores in each area: Galactic Zone main area – 7, Nuka-Galaxy – 7, Starlight Interstellar Theater – 4, Vault-Tec: Among the Stars – 6, Robco Battlezone – 6, and outside of the Galactic Zone – 5.

The first Star Core you should find is right inside of Starport Nuka, beside the dead body of one of the crew who was trying to fix the homicidal robots. Outside the Starport area, around the back (to the left if facing the entrance) you’ll find a gated area. Head in here and to the left to find some junk and a dead person with another Star Core. Go to the second level of the Starport, unlock the locked door and grab the Manager’s key, use this to unlock the display case with another Star Core. At the top of Arcjet G-Force, found just outside of Nuka Galaxy, is another Star Core. To the right of Nuka Galaxy’s entrance is Splashdown, head to the control room on the left, past the gate to get another. Outside of the door to the Robco Battlezone, to the left is the Spacewalk lower entrance, here is a console with a Star Core. The last Star Core you are likely to find requires you to restore power to Nuka-World, which is a quest at the end of the DLC, then just go to the second floor of the Starport and take the elevator.

Head in the lower entrance and go straight, this will likely require some lockpicking on your part. Once you get to an office head to the left and on the left wall is another sliding door. Inside you’ll find three Star Cores. Head through the next room, past the baby’s crib and into the mock household. Straight ahead is a broken wall with a reactor inside, it’s radioactive so be careful. Walk past it to find the fourth Star Core. Head back into the mock room and into the door in the corner to the right of the atrium walkway to find the fifth one. Finally head up the stairs to the Atrium. Keep going, through the Vault door and into the fake space area, head behind the left-side rocks to get the sixth and final Star Core for this area.

Head inside, fighting off any robots that attack you. Before entering the Battlezone itself you can go into the employee only area on the left, above the seating area. Go in here and up to the projection booth to find two Star Cores. Also, under the bleachers on the left side, there is a Star Core behind the bar here. Also before entering the fray, head all the way to the right of the Battlezone and down some stairs to find another Star Core. This would be a good time to head back to the Starport to insert your Star Cores and use them to shut down some of the robots. Finally, go into the Battlezone itself to get two Star Cores, just be ready for a lot of combat.

Head inside and to the theater area, at the back is a bar that has the first Star Core. Go to the far back corner and into the restroom, in a broken alcove is a dead man with another Star Core. On the opposite side of the theater you’ll find an elevator, first go to the hallway to its right, through the kitchen, unlock the door, and grab the third Star Core. Go back and up the elevator, head to the far corner to find a door. Enter it and go down the stairs to get to the projection room to grab the final Star Core.

Head inside and through the line, then take a left to get to the front of the coaster. Inside the control room on the right is the first Star Core. Go out the back and up the short stairs in the corner, follow this path until you hit the large, open room, then find the large metal staircase that heads down. In the hallway down here is the second Star Core. Continue moving down and hop on the elevator, go into the cavelike room on your right to grab another on the consoles here. Find the doorway in the corner of this room, which should lead to a large set of stairs that lead up, just keep moving up until you hit a square room with stairs in the corner, take those to get the enxt Star Core. Take the other path out of this room and keep taking the way that leads you up, past the roller coaster and to the exit area of the ride, where you’ll find another Star Core. Hop over the tracks and into the back area, up some stairs to get the final two Star Cores.

Outside of the Galactic Zone – Five Star Cores

More of a list for this one, since it’s such a large area. In a barn outside and toward the North East of the Nuka-World junkyard (where the Hubologists’ ship is found). On the ground, near a dead body in Dry Rock Gulch, South of Doc Phosphate’s, and under a streetlight. Inside of Nuka-Cade, to the back right from the entrance in a work area. Right near Nuka-Town, USA’s main area, in the Market; the Star Core is on a table to the right if coming in the front entrance of the park, look for the red “Sale” signs. In the Nuka-Cola Bottling Plant, head right if looking right at the Quantum bottling area, it’s near a dead body again.

That’s it, put all 35 into the Starport computer and you can open up the display case and grab your brand new Power Armor.