Every Power Armor location in Fallout 76.

If a piece isn’t at the designated locations listed below, it’s likely that someone else has already taken the armor.  Remember, you are sharing the items in the game world with other players.  So if they claim an armor piece before you do, it’ll no longer be there for you to take.

With so many pieces in Fallout 76, you shouldn’t have much trouble locating one for your collection.  Want to learn more about claiming Power Armor in Fallout 76?  This guide will help. The Forest Region is the starting region in Fallout 76.  While you won’t find Power Armor right at the very start of the game, a couple of quick quests should put you in the general vicinity of some armor locations.  Using the locations above and below you should be able to find a suit, or at least a frame. Power Armor is a little bit sparse in the Toxic Valley.  However, you should be able to snag some power armor in a lower level like the Forest Region before you head into this new zone. The southwestern Ashen Heap has plenty of Power Armor locations to choose from despite being one of the smaller regions in the game. The Savage Divide Region spans all the way from the north end of the map to the very bottom of it at the south side.  Along the way you’ll find tons of Power Armor in this region of Fallout 76. You’ll find much tougher enemies when you go to the Mire Region in Fallout 76, and you’ll need all the help you can get.  The locations above and below will give you a headstart on getting Power Armor in this region. 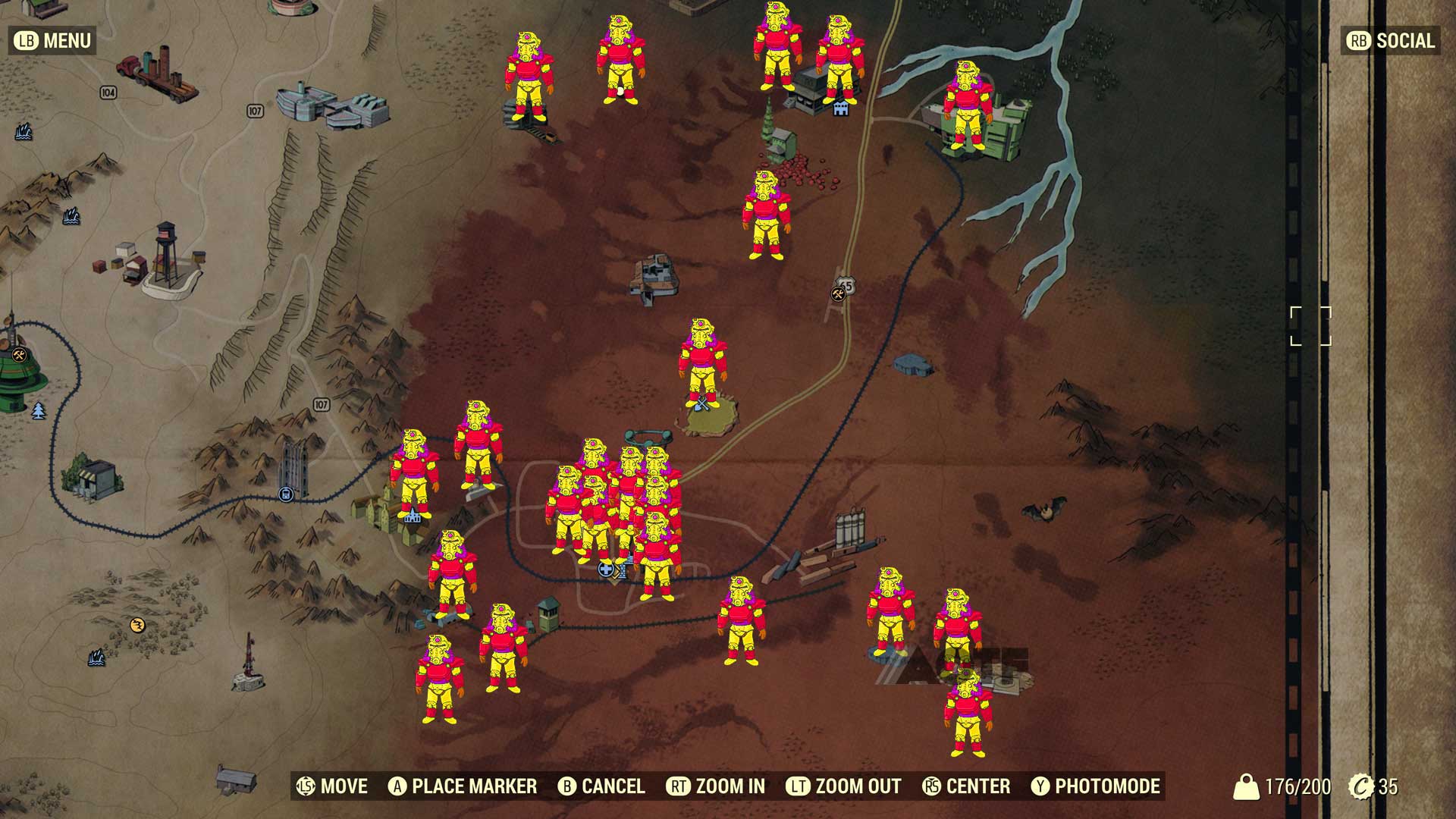 The Cranberry Bog is going to throw the toughest enemies at players that they’ll find in Fallout 76.  Tucked in the city of Watoga is a bunch of different spots to pick up a Power Armor suit.  This includes numerous spots where there are multiple suits in one single location.  This is certainly your best odds to find a suit, but it’s also the most dangerous way to go about doing it.