Fallout 76 Where to Find Tinker’s Workbench

Help with those early missions. 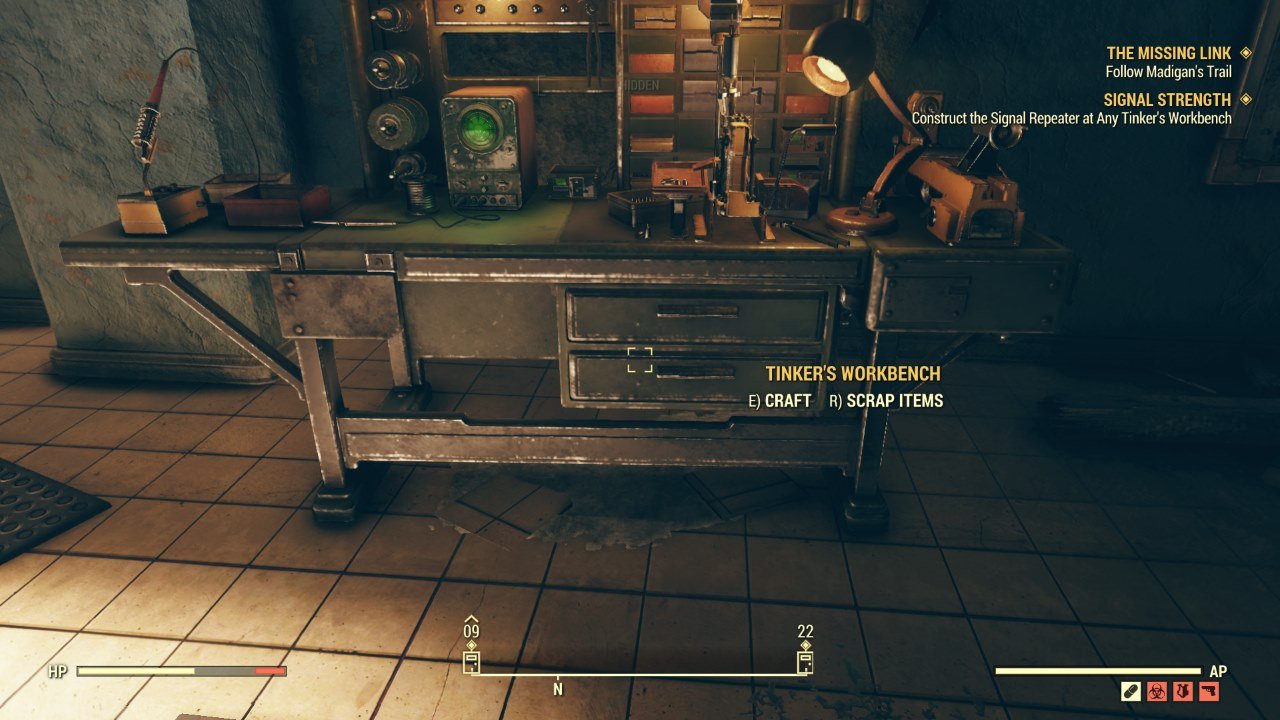 If you play Fallout 76 like me then you rush through as many main objectives as you can before dealing with any of the building and scrap collecting that seems to be a more and more important part of the series these days. That play style has its drawbacks though, such as running into walls where the game wants you to have items that you don’t. This happens pretty early on in the game actually, as you are directed to find a Tinker’s Workbench early on, and not really shown where it could be. So, here’s a quick guide on where to find Tinker’s Workbench in Fallout 76.

Later in the game you may be able to build one, but like I said, this is for the impatient among you. If you need to find a Tinker’s Workbench right now and you can’t build your own, then where can you find one? Luckily there’s a few options, but I’m gonna focus on the one that should be accessible to every player at this point in the game.

So, if directed to a Tinker’s Workbench head to the Morgantown Airport and head inside. Near the Arrivals door and down the hallway you’ll find the Tinker’s Workbench tucked away in a side room. It’s on the southwest side of the building, according to the in-game map. Open every door you see and you should find it quick. It’s on the ground floor, just to the right of the Arrivals door. If you keep running into the gun and chem workbenches then you’re on the wrong floor. Head downstairs and maybe back outside to find the Arrivals door to reorient yourself.

And that’s where to find Tinker’s Workbench in Fallout 76. If you have another location that’s easy to access be sure to post it in the comments below.