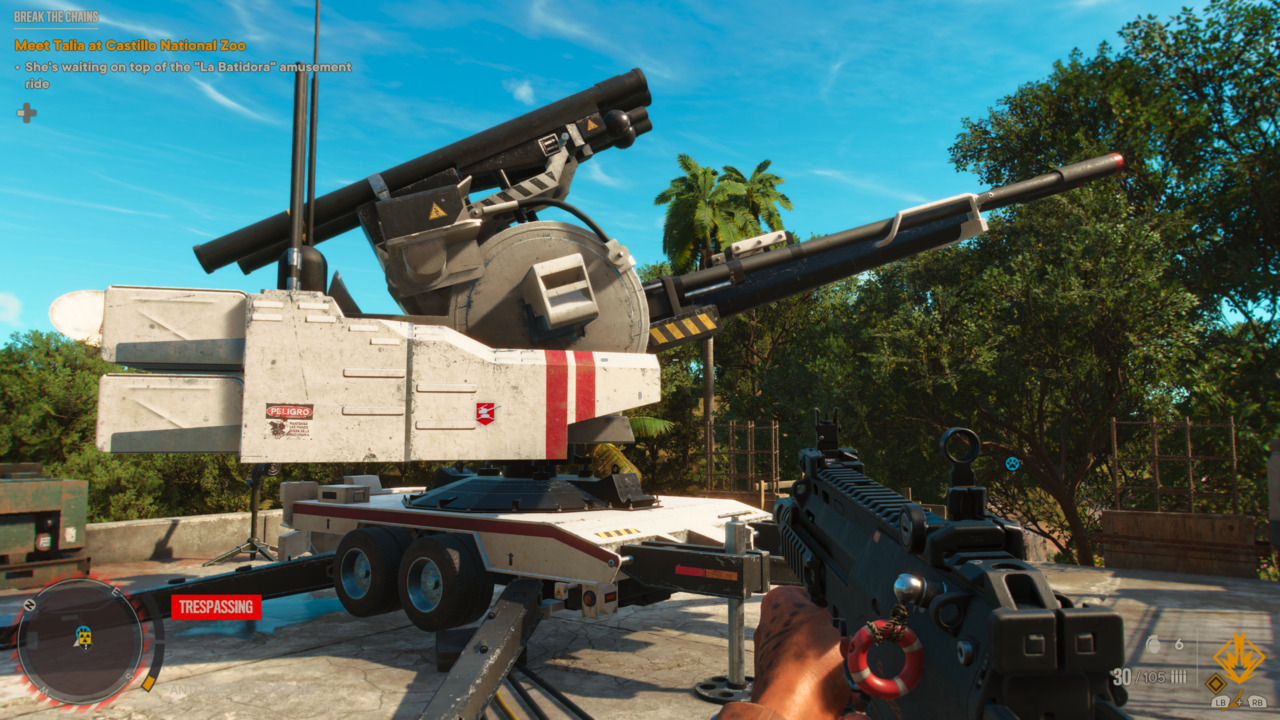 Anti-Aircraft Cannons are spread all across Yara in Far Cry 6, preventing players from flying through restricted airspace without being shot down. Most Far Cry players are used to getting a helicopter and flying from objective to objective, but Anton Castillo’s regime makes that a bit more difficult. They can be taken out fairly easily though, and there are usually a bunch of rare resources nearby. Here’s how to destroy Anti-Aircraft Cannons in Far Cry 6.

How to Destroy Anti-Aircraft Cannons in Far Cry 6

To destroy Anti-Aircraft Cannons in Far Cry 6, you have to use explosives. They can’t be destroyed with regular gunfire no matter how hard you try. To take them out, simply throw a grenade at them. It only takes one. You can also use weapons that have Blast Rounds, which deal explosive damage as well. Early in the game, however, most players won’t have grenades or Blast Rounds. If you don’t have the right tool for the job, you’ll have to get creative. Look around the area for any explosive barrels or barrels of Gasolina. If they’re close enough to the Anti-Aircraft Cannon, the explosion will take it out. There won’t always be conveniently placed explosive barrels nearby though, which leads us to the next strategy.

Anti-Aircraft Cannons don’t have a lot of health like vehicles or other military installations, so any minor explosion should take them out. Some military camps also have explosive rocket launchers nearby. If you can find one, that’ll take out the cannon with a single rocket. Make sure you’re not using a regular machine gun turret because, as stated above, bullets don’t work.

The next time you’re upgrading your loadout, try to unlock grenades, dynamite, or some other type of explosive. It’s good to keep something in your inventory that can blow Anti-Aircraft Cannons up at all times. You’re going to continuously run into them as you play Far Cry 6, so it’s good to have something on hand just in case you find one. 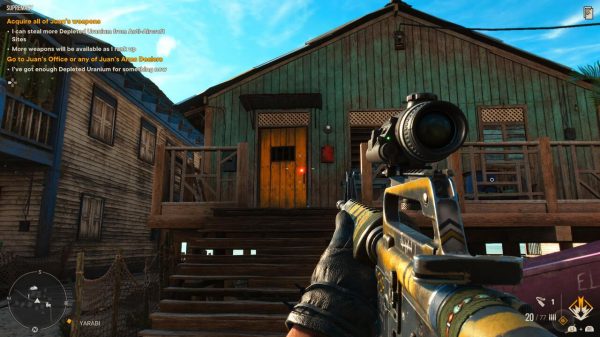