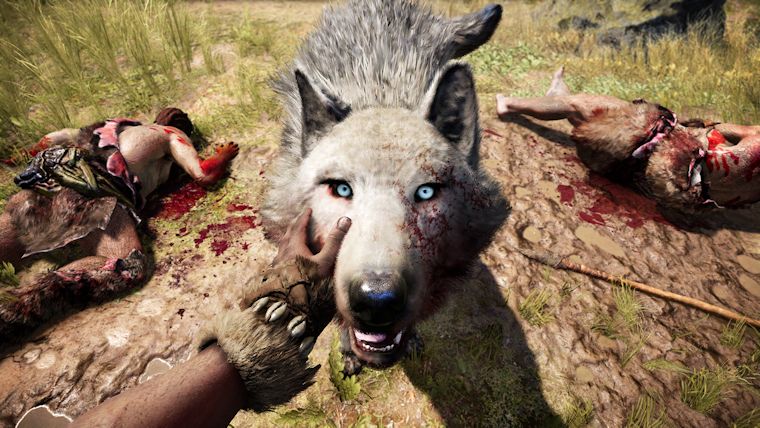 Far Cry Primal is all about survival as you not only have to worry about opposing tribes in the game, but even more so the wide variety of animals that are looking to kill you. As you try to get started in the main game and tackle some side quests, you may find it difficult to stay alive due to a number of factors.

As a result, we thought we’d put together a list of some tips that should help you to stay alive in those situations near the start of the game, which also extend to the rest of the experience as well.

Find Your Best Weapon For Each Situation

This tip is one that may take a little bit of time, but it’s important to find out which of the early weapons you acquire is your best in combat. Early on at least, you will have access to the bow and arrow, the club, and the spear. The bow and arrow obviously helps you from range, though it’s not going to be as precise as the ones from something like Tomb Raider due to its time period. The club is a strong melee weapon that can bash in enemy’s skulls, but often causes you to take more damage.

The spear is the most interesting of the bunch, as it can be used in two completely different ways. There is of course the ability to throw them, but this really just wastes them more than anything. Instead, it’s much better to hold onto them and use it as a melee stabbing weapon. In fact, if you are facing other humans in battle, this is probably the best in close quarters as you can land easy headshots, which provide you with extra XP. The only problem is it may be tougher to take down animals with it in the same manner though.

Use Fire To Your Advantage

Fire plays a major role in Far Cry Primal, with the ability to set most anything on fire, including your weapons. By using animal fat, you can always ignite your weapons, which can be used in a few different ways. First of all, it can be used to light the way for you inside the hard to see caves or in general at night. The other very important usage, especially at night, is to fend off wild animals that are trying to kill you. Having a lit weapon will scare off most of the predators that would otherwise try and attack you, though not all. Just scaring them off is not the only way to use it either, as you can also light the attacking animal on fire this way as well, which will often kill it close by, or at least to where you can track and find their body. It also works quite well as an extra edge against the larger creatures like a bear, as lighting it on fire should almost always be step one and then start pummeling it with arrows or some other weapon.

The upside is that you can use fire in many ways to help you in the game, but the downside is that it can also burn you very badly as well. As a result of being able to light most anything on fire, that also means grass and other shrubbery around the area will catch fire easily. This often leads to it hitting you while trying to fight an animal or other enemy, forcing you to put the flames out by pressing Y or the respective button for your platform. This can quickly drain your health, which is not good when fighting a large animal or a barrage of enemies.

One of the key features of Far Cry Primal is the ability to craft additional supplies of your weapons after they are used, which takes materials that you find on the map. So first of all, always try to pick up supplies that you see in the wild, especially ones that will provide hardwood. By doing this, you should always have a healthy supply of materials to craft with. As a result, you should always be making sure you are well stocked with the weapons, such as having the maximum allowed arrows and spears when possible. Early in the game you will run out much quicker with limited holding capabilities, so it’s wise to always be prepared in these situations when possible.

Attack With Your Tamed Animals

While this tip is not for the very start of the game, pretty early in the game you will learn how to tame wild animals that can then be used at your companion. After this, they will help you in battle, including you having the ability to choose who they attack. Having help is a big deal in the tougher fights against bears or even larger numbers of enemies. Your companion isn’t invulnerable though, so make sure to keep it healed with animal meat, or revive it with red leaves if you don’t revive it in time.