FIFA 19 How to Bicycle Kick

Still one of the best ways to score in FIFA. 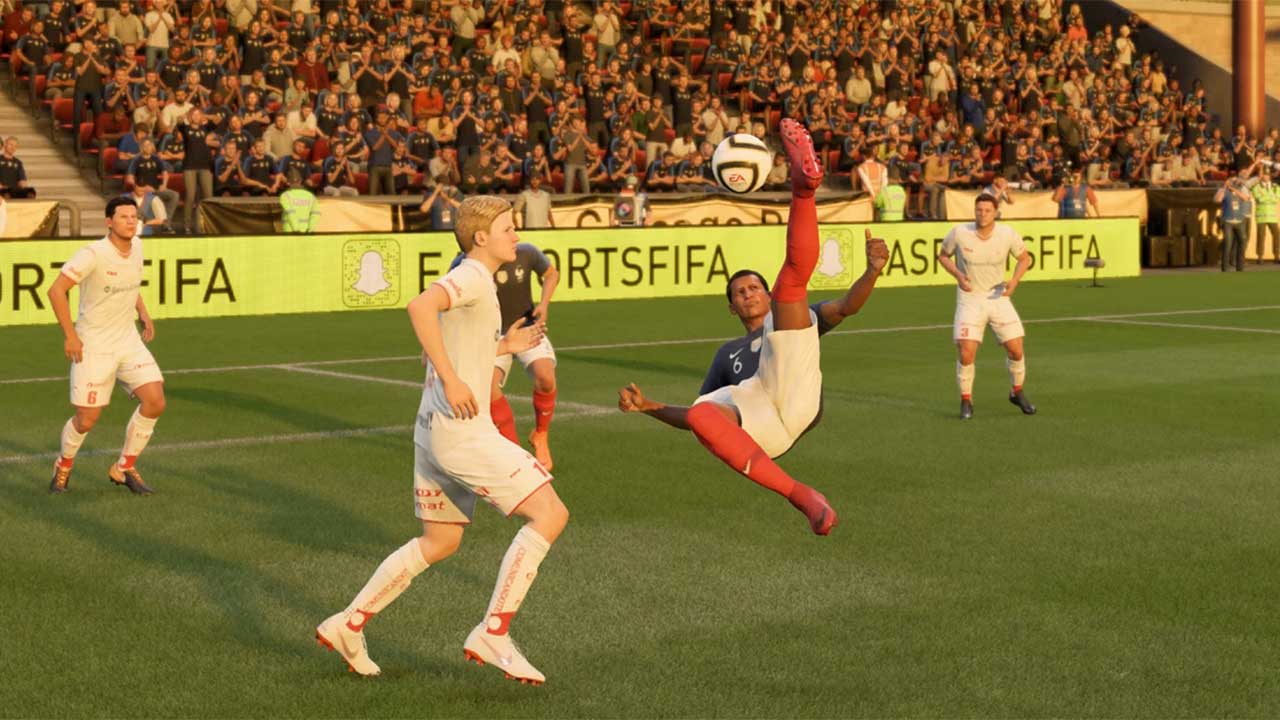 The bicycle kick is one of the most exciting plays in soccer. Players will go airborne to volley the ball into the goal, and in FIFA 19 bicycle kicks are once again incredibly fun to execute. Just like in real life though, this move takes good timing in FIFA 19.

You really need a perfect set of circumstances to get the opportunity for a bicycle kick in FIFA 19. You’re going to be looking for high crosses and lobs where the ball is high enough in the air to give you a chance to perform the bicycle kick.

How to Bicycle Kick in FIFA 19

Once you’ve got one of these balls in play, you can attempt the bicycle kick by pressing the LT + B Buttons (Xbox) or L2 + O Buttons (PlayStation).

Even then, there’s still a pretty good chance that you’re player just whiffs on the ball. So much of FIFA 19 is about timing with the new Timed Shot mechanic, which also applies to Bicycle Kicks as well. Attempting the bicycle kick as a timed shot will have you pressing the bicycle input to start the move and then pressing it again in hopes of a perfect timing for the kick.

It’s also worth noting that players in FIFA 19 have different acrobatic ratings and the players with higher ratings in this category are more capable at pulling off these amazing goals.