You thought the Game Boy requirement was messy? 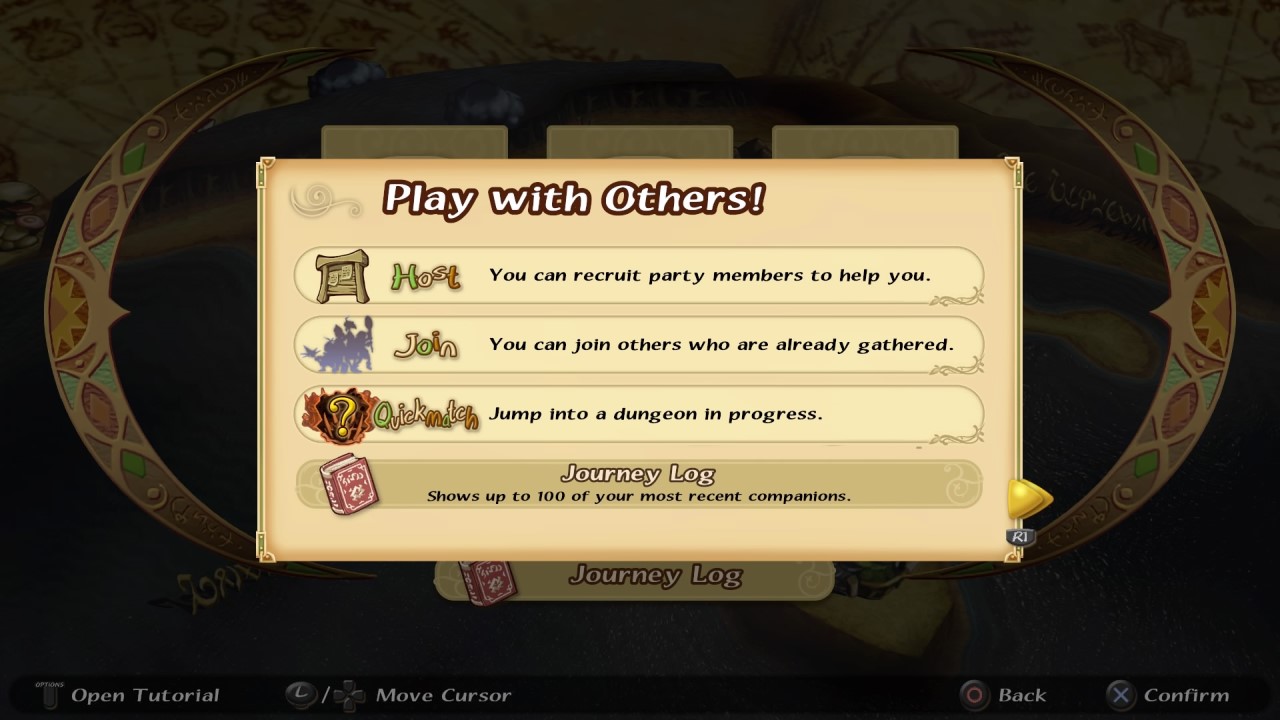 Final Fantasy Crystal Chronicles Remastered Edition ditches the Game Boy Advance multiplayer requirement of yore, and has replaced it with online multiplayer. The system is a touch . . . cumbersome, if I’m going to be polite, so if you can’t make out what you need to do to play with friends this guide should prove helpful. I hope you weren’t expecting local co-op.

Final Fantasy Crystal Chronicles multiplayer has both a lobby and traditional Quickmatch system.

Let’s get this out of the way first: local co-op does not exist in Final Fantasy Crystal Chronicles Remastered Edition. You can still create up to 8 caravanners for your village, but you’ll be the only one able to play as them. So, what does that mean about story progression? Well, let’s knock out the limitations next.

Only the “host” earns story progress in the new Final Fantasy Crystal Chronicles multiplayer. Whether that is grabbing the miasma dispelling myrrh at the end of a dungeon, sending or receiving mail, or adding an entry to their diary (and therefore gaining the critical “memory” from the experience), it’s all tied to the host. This also means parties don’t exist outside of parties. You’ll need to travel alone if you wish to see roadside events, or to run errands in town. Additionally, the party has to reform after every dungeon run. Good times . . . .

With that out of the way, here’s how to play with friends and strangers in Final Fantasy Crystal Chronicles Remastered Edition. There are a handful of ways to make a party, so let’s start with the three basic features. While out in the world you’ll have access to the main player menu, where you can review your diary, swap characters, and even save/load your game data. Included in this menu is the “Set Out Together” option, which will take you to the multiplayer menu.

There are three options here: Host, Join, and Quickmatch. If you wish to host a game you’ll use the first option, and from here you can create a lobby for the dungeons accessible from the area you are currently in. So, if you’re in the Tipa Pennisula you’ll only be able to form a party for River Belle Path and the Goblin Wall (and their associated hard modes after clearing the main story/final boss, assuming they are a part of the four daily “Bonus Dungeons”).

You can set filters for “Friends only” if you prefer to only have your actual friends join in, but adding someone is a complicated process (detailed here). Assuming you’ve added people to your friends list this toggle will keep randoms out, and you can circumvent the same-location requirement (some dungeons aside).

Join allows you to jump into an existing run (more on this in a second). You can filter by dungeon, though you’ll need to be in the same area if the host isn’t on your friends list. Pick the one you like and you’re off, though remember you won’t get any story progress as a guest. Quickmatch works in a similar way, but instead of browsing the lobby in Join you’ll instead be placed in any open group for the dungeons you’ve selected. Again, this will make you a guest, so if you wanna Host you need to either select that option, or use the second method. What’s the second method you ask?

At the entrance of every dungeon you have the option to tackle it either solo, or with a group. Selecting the group option will take you into the dungeon (without Mog to carry your chalice around), and the game will begin looking for players to fill out your game. It’s the easiest way to host a run without bothering with the minutia.

You will have to regroup after every dungeon, so if you are playing with friends it’s best to use the Host/Join options. If you are grinding alone and don’t care whether you are the host or not then Quickplay is the way to go. That’s how you play multiplayer and play with friends in Final Fantasy Crystal Chronicles Remastered Edition. It’s quite a bit of jumping around, but it can be done. I still miss local co-op, however.

Home / Game Guides / Final Fantasy Crystal Chronicles – How to Play Multiplayer, How to Play With Friends