Final Fantasy Crystal Chronicles – How to Use Mimic, How to Gain Memory Stones

Play as one of your favorite NPCs while dungeon-diving. 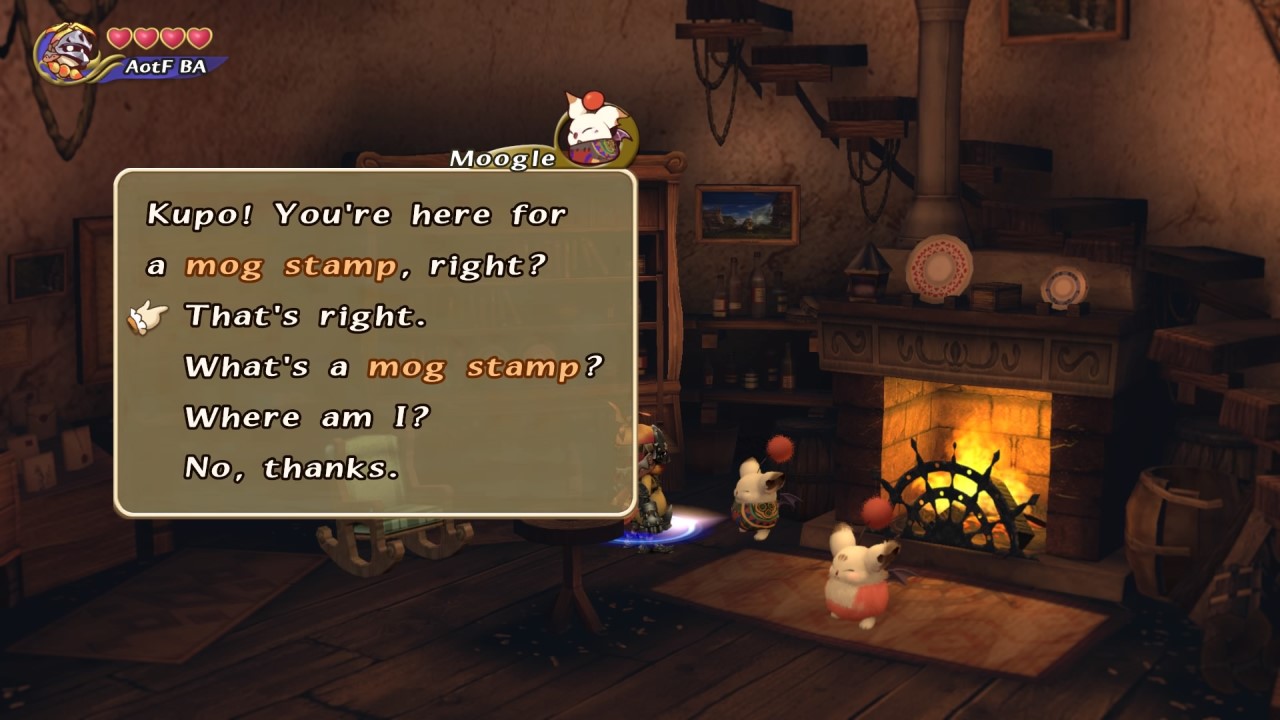 Final Fantasy Crystal Chronicles Remastered Edition features a new Mimic system that allows players to copy the appearance of various NPCs encountered throughout the game. The old Mog Stamp mechanic has been repurposed to provide the requisite Memory Stones, so how does it all work?

Memory Stones are the crux of the Mimic system in Final Fantasy Crystal Chronicles, and they unlock one of the 28 available NPC appearances for use in the game. A couple of stipulations are attached to the Mimic system: you can’t Mimic an NPC that doesn’t belong to the same tribe as your character, and they are not displayed anywhere outside of dungeons.

Memory Stones can be acquired randomly from hard dungeons, but the easiest way to net a few is to find the Moogle Homes scattered about. As a general rule of thumb, there’s one Moogle Home per town, port, and dungeon. These are usually tucked away within hidden holes and doors in the environment, but if you played the game back in 2003 you’ll be relived to learn they haven’t moved. Simply enter the home, and talk to the moogle wearing a vest. They’ll grant you a Mog Stamp, and when you have a set of matching stamps you’ll earn a Memory Stone.

You have no say in what NPC appearance will be unlocked; each stone will provide a set skin. There are also Mimic skins available as DLC for purchase, but there are plenty to earn for free in-game.

There are two ways to apply a Mimic: either via the vest wearing moogle in the Moogle Home, or by selecting the character you wish to apply a Mimic to from the Set Out tab in the main menu, accessible from the World Map. The moogle will only allow you to alter the character you are currently controlling, but Set Out allows you to alter any of your caravanners. You can remove a Mimic the same way you apply one.

Home / Game Guides / Final Fantasy Crystal Chronicles – How to Use Mimic, How to Gain Memory Stones