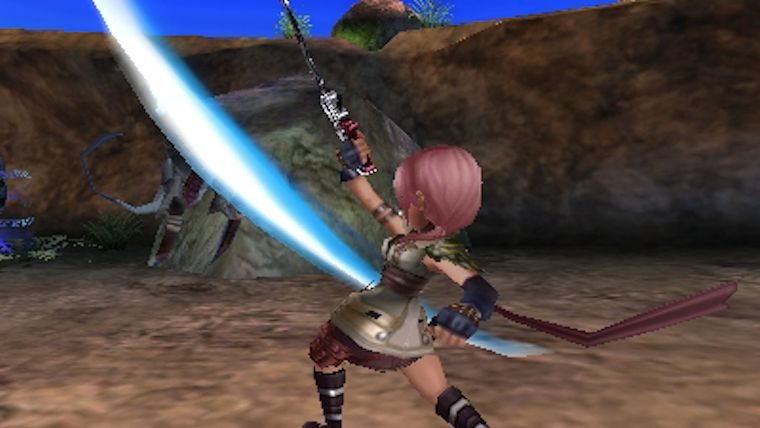 While Final Fantasy Explorers made a point to try new things with the very long running franchise, the developer made a point to keep a lot of the familiar elements that fans know and love. Perhaps the best is the ability to actually transform into many classic characters in the franchise. That process may be a little confusing at first, so we thought we’d give you a little rundown on just how to do it.

We already told you in another guide about encasing Eidolons to be able to use them in battle by choosing their Magicite, but you can also do the same with a number of Final Fantasy veterans, including Cloud, Cecil, and Lightning, though they are earned in very different ways. Each of these characters have different unlocks that vary from reaching a certain Explorer Level to using healing spells a certain number of times.

You cannot use these from the start of the game however, but at a certain point of the game, you will notice you mini-map on the bottom screen will show exclamation points at the top right of Libertas, which corresponds to where the two Moogles are found. At this point, the Moogle on the right will begin to tell you that you have unlocked the equipment and such for characters like mentioned above. Considering these are based on unlocks in the game, who you get may depend on how you’ve been playing to that point.

Then talk to the Moogle on the left, who will inform you that you have gotten the Magicite for those characters as well. After completing the Magicite Permit Exam main quest, go to the Central Crystal and you will be able to set your Magicite. That Magicite can be one of the aforementioned veterans or any of the Eidolons that you encase in battle as well.

After getting to this point of the game, make sure you set the Magicite and pick a mission. If you want to kill two birds with one stone and get a main quest completed in the meantime, choose the three star main quest The Joy of Collecting Items and then embark.

You can really go to any of the areas that are filled with a good number of monsters, including the very beginning areas and start fighting one after the other, mostly using abilities to raise the Resonance Meter, which is displayed with a number on the top left of the upper screen. Just under that number is another meter that will start to fill up green the more you fight. That is the meter we want to keep an eye on from here on out.

Keep fighting enemies and avoid using Crystal Surges, instead watching for that green meter to rise. When it completely fills, you can then activate your Trance via touching the little Crystal Icon on the bottom left of the bottom screen. This will then transform you into your chosen character through Magicite.

From there, you can take it a step further by activating a Trance Surge, which is the goal of the aforementioned quest. Since you should still have your Crystal Surge, keep using a few more abilities until you are prompted again to use a Crystal Surge. This should mean that they are updated again, now with the Trance Surge with that associated character. When using Cloud, for instance, you will see Omnislash on here.

Using Trance Surges are a big help against boss battles, which almost always last long enough for you to fill the Trance Meter at least once and use it. Just make you sure connect on the attack and prepare to see a good chunk of their HP bar diminish before your eyes.