Catch up with your Nier lore with these quests. 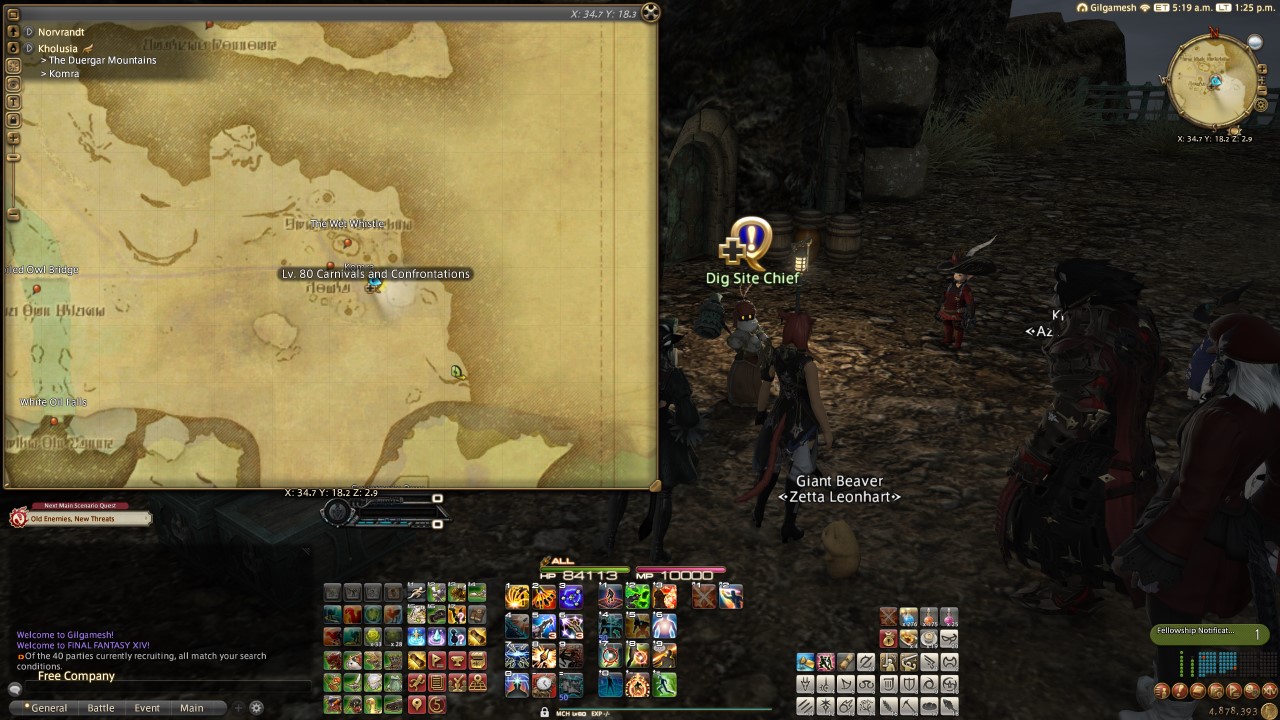 Typically in Final Fantasy XIV raids only receive story quests when a new wing is added, but in patch 5.2 we have a couple new YoRHa story quests. They don’t take long to complete, but they further flesh out the YoRHa: Dark Apocalypse storyline while we wait for the next wing in 5.3.

Return to the Dig Site Chief in Kholusia to start up a brief YoRHa interlude.

Remember the pushy Dig Site Chief out in Komra, where you unlocked the YoRHa raid series in patch 5.1? Yeah, you’re gonna return to him if you want to access these new quests (and he can be found at X:34.7 Y18.2). This isn’t a new raid wing, and while that may seem obvious to most I wanted to be sure there wasn’t any confusion here. These are strictly story-related quests, though I’d wager these will need to be completed by 5.3 to kick off the questline attached to the new YoRHa raid wing that will debut in that patch.

Now, if you didn’t do the quests that followed after completing the YoRHa raid from 5.1 you will have to do so if you want to grab these two new quests. Once you complete either Heads, I Win or Tails, You Lose you will have access to the new quest Carnivals and Confrontations. Fans of Nier will notice the quest name and feel a slight tinge of nostalgia, and for them I will leave this guide with this: enjoy.