As is customary in Fire Emblem, players can obtain stat boosting items to further increase the parameters of their characters. These items are usually rare, but they’re substantially easier to get in Three Houses since you can grow them yourself.

What Are Stat Boosting Items? 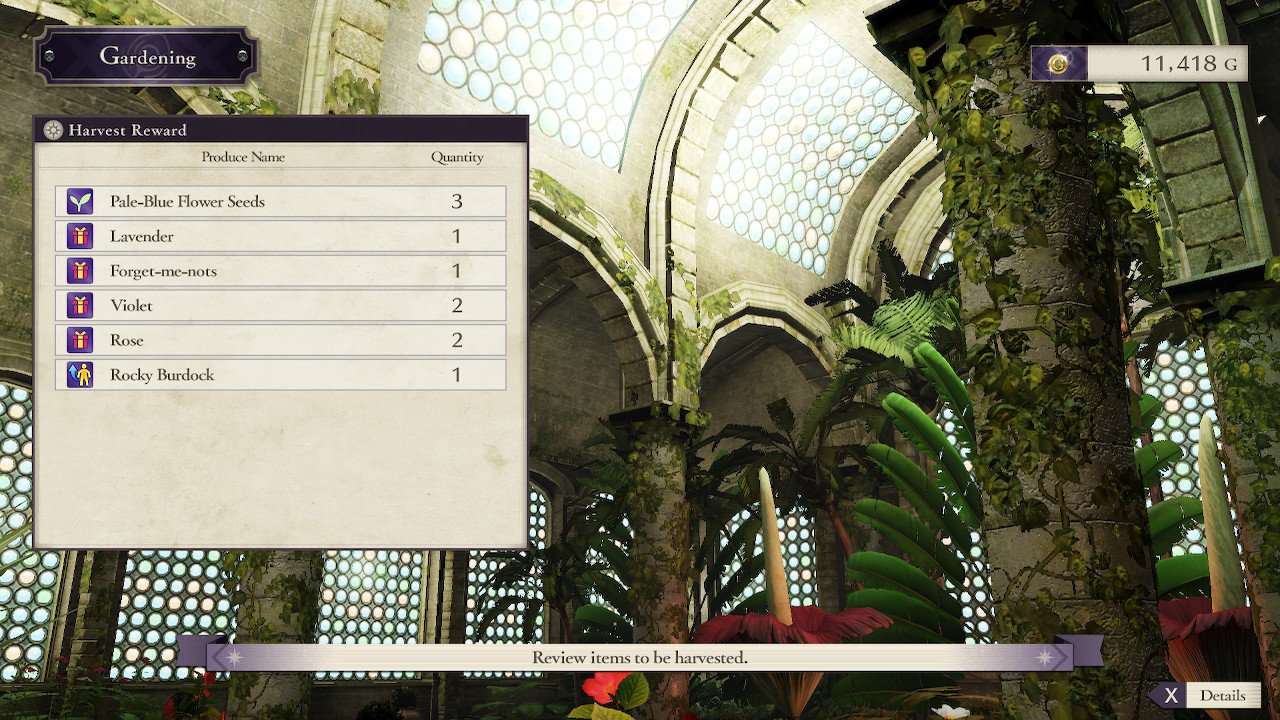 As mentioned previously, stat boosting items exist solely to increase the parameters of your characters. They come in all different sorts and flavors, ranging from items that boost Health to Dexterity (formerly known as Skill). The usual ones such as Secret Books and Goddess Icons are still here, but there’s now a new assortment of items that are of “infinite” supply.

Of course, with them being of “infinite” supply, they only increase a relevant stat by one. Despite that, being able to control which of these items you get makes up for that downside. If you have a plan, all you need to do is consistently use the right seeds and you’ll be able to make up for any poor RNG a character might have suffered as they leveled up.

How Do I Make Them? To make these items, all you need to do is go to the Greenhouse and give the right seeds to the woman there. Afterwards, it’s a simple matter of using the right cultivation method to maximize the predicted yield and waiting until the following week to harvesting your rewards.

In other words, it’s the same process as before but with flower seeds.

Here is the list of potential items and the seeds needed to make them (these can be purchased after completing a quest in Chapter 5):

To make things easier, it’s recommended to use seeds of the same color. Otherwise, the resulting item will be chosen at random. Also, as with most things in the series, there’s some RNG involved so you might not get a stat-boosting item at all. If this occurs, restart the week and try your luck again.

Personally, I’d recommend making Speed Carrots (preferably) and Rocky Burdock because they increase a character’s Attack Speed (Speed – (Total Weight – (Strength/5)), allowing them to double or even quadruple attack an enemy while preventing them from doing the same to you.

Lastly, as you might have noticed, there doesn’t seem to be a crop that increases Defense.

That’s it for Fire Emblem: Three Houses stat boost items. If you know how the process and start early enough, you can use them to mitigate the weaknesses of your roster or double down on their strengths.