Recruit specific characters by focusing on these activities. 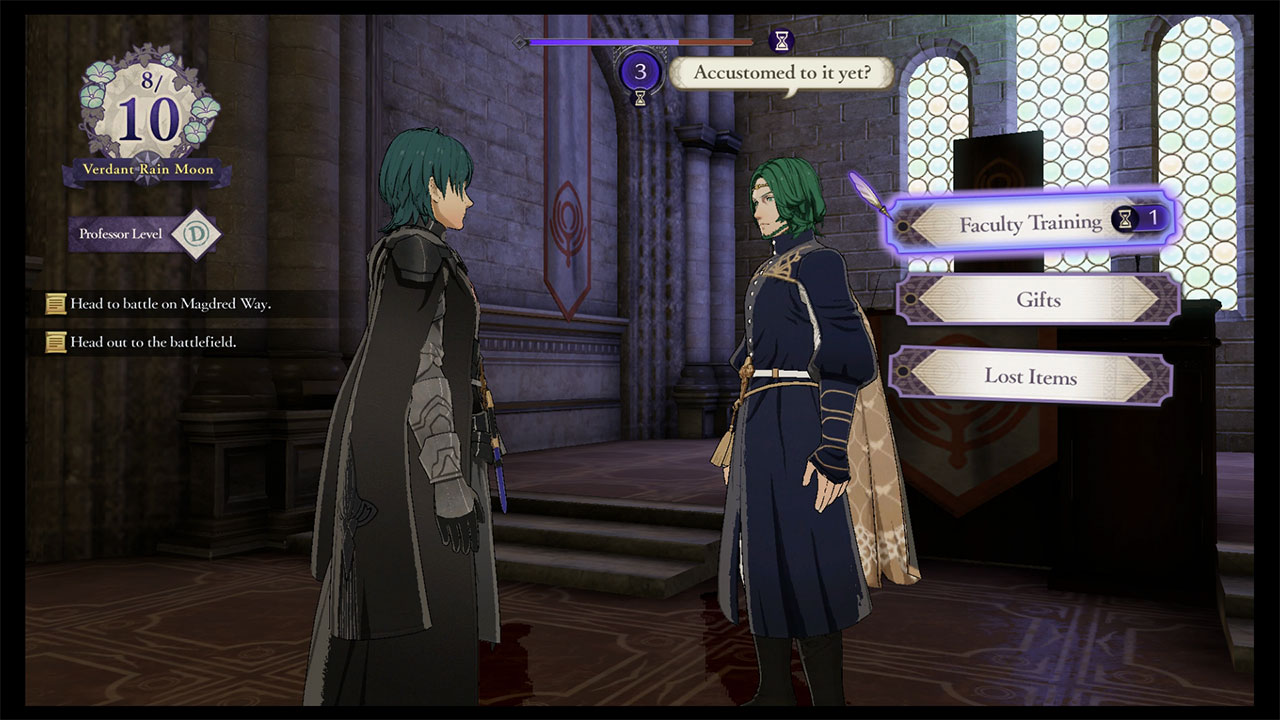 To raise your authority stat level to reel in those recruits, you’ll want to focus on two activities.  The first is going to Choir Practice.  If you’re looking to raise this stat, each time you can do a Choir Practice you should do it and you will raise your Authority each time.

Next, you’ll want to focus on Faculty Training Sessions with Jeralt and Seteth to boost your Authority Stat.

Authority Can help you recruit Ignatz of the Golden Deer and Dorothea of the Black Eagles.  Both characters will not be recruited on Authority alone.  Both will also need another stat raised as well to get them as a recruit.