Drink some tea with your students if you want to raise Charm. 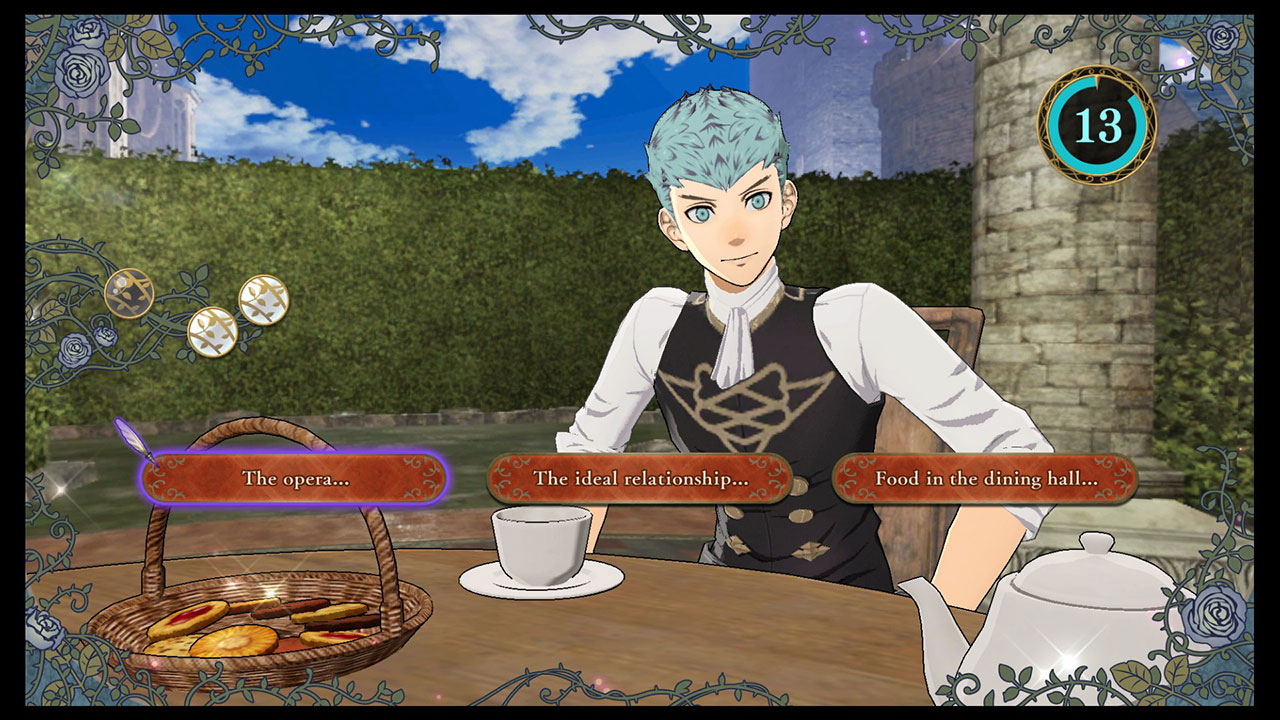 In Fire Emblem Three Houses sometimes you want to raise a specific stat because they are important in recruiting new characters to your house.  Or you might need a certain stat increased for main character as well.  Completing different tasks at the Monastery will raise your stats, but there’s currently only one way to raise your charm level in Fire Emblem Three Houses.

What you’ll want to do to increase Charm so that you can recruit certain characters is to Host Tea Parties.  Early on in the game you get the Tea Party Option when it is someone’s birthday or when you approach them to talk in the Monastery by completing the Tea for Two side quest.

Then to actually increase your charm you have to have conversations with these people and get to know them as you’ll need to guess what they want to talk about.

Increasing Charm Can Help you Recruit These Characters

Charm will only get you so far in recruiting these characters.  These recruits require that you have increased charm, as well as a secondary stat which varies depending on the character.