Five Nights At Freddy’s: What Is ‘The Glitched Attraction’ Fan Game?

Will you be able to survive this intense fan-game set in the Five Nights At Freddy's Universe? 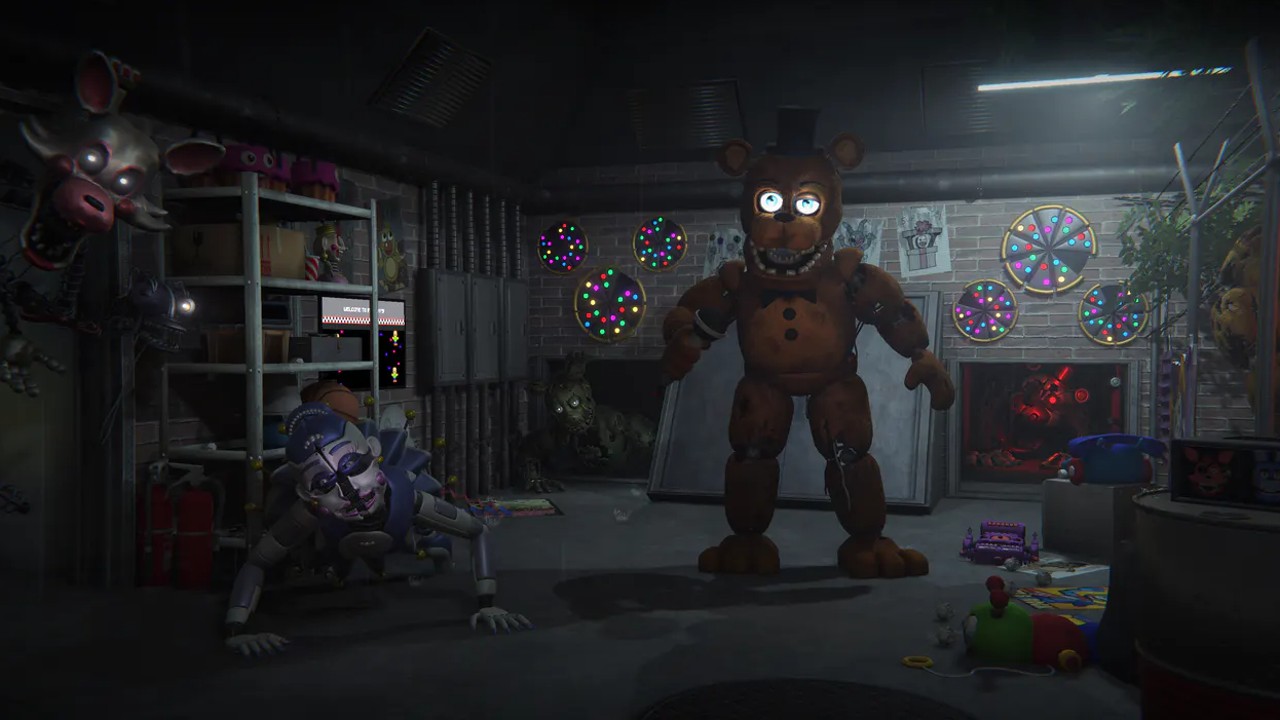 If you can’t get enough of Five Nights At Freddy’s, you will want to turn your attention to The Glitched Attraction as soon as possible. While there has been no shortage of amazing FNAF Fan Games, The Glitched Attraction has been capturing the attention of the internet by storm. If you’ve never heard of this title, you may want to find out as much as you can about it.

What is the point of this game, and will you be able to make it out alive? With Five Nights At Freddy’s having an incredibly passionate fanbase that loves its favorite animatronics, you may wonder if this title is worth your time and effort. Let’s get into all of the details, and find out why this game gives Forgotten Memories a run for its money for the best FNAF Fan Game of the year.

What Is The Glitched Attraction?

The Glitched Attraction is a fan game that has been developed by PowerLine_Studios on GameJolt. Taking a few hints from Security Breach, you’ll be able to explore these familiar locations in a whole new dimension. You won’t be stuck behind a desk as these animatronic monsters hunt you down, and you’re going to need to do whatever you can to survive through these nights once more.

Taking familiar gameplay tropes that fans have grown up with, and bringing them into a new dimension is not the easiest task, but you’ll find that this game runs and looks great while performing these tasks with ease. You’ll need to find new tricks to make sure that you’re not meeting your untimely doom against these hulking beasts.

Seeing Ballora tip-toe her way down a hallway before you can deliver a massive zap to her system to avoid your doom will always be gutwrenchingly terrifying. You’ll need to memorize your environments, and utilize all of the tools at your disposal to make sure that you’re able to make it to the sunrise every day.

While they say it is under the guise of an escape room experience, you’ll find that frights are in no short supply. You’ll need to be quick on your toes, and pay attention to the hints that you receive as you make your way through its narrative experience. Another excellent addition to the ever-growing list of fan games that the series has spawned, you’ll want to make sure you’ve got the lights out for this one.

Where Can You Play The Glitched Attraction?

Currently, the only way that you’ll be able to experience this title is on your PC, as it does not have any console ports available. It is unfortunately very unlikely that we will ever see this make its way to consoles or mobile, as it is just a fan game. You’ll want to make sure that you’ve got at least these specs in your PC before embarking on this terrifying trail of excitement:

Now that you’re ready to jump into the world of The Glitched Attraction, make sure that you’re ready to jump into a scare-fest! And with the Five Nights At Freddy Movie finally entering production, it’s the best time to be a fan of the Fazbear. Now we can only hope that the upcoming Ruin DLC for Security Breach brings the terror back to the franchise.

The Glitched Attraction is available now on PC.

Attack of the Fanboy / GAME GUIDES / Five Nights At Freddy’s: What Is ‘The Glitched Attraction’ Fan Game?