For Honor Guide: How to Parry 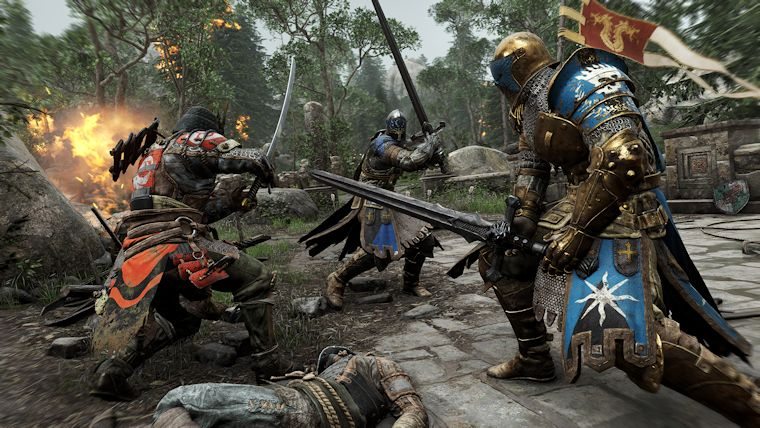 For Honor is all about the visceral action of a fight. While you’ll be running around on a massive battlefield, the game truly sings when you square up against a single opponent, with each of you frantically trying to eliminate the other. If you want to be successful in slaughtering every knight, viking, and samurai that dares to challenge you, then you’ll need to know the deeper fighting mechanics of For Honor. With that in mind we wanted to single out one very important maneuver, so here’s our guide on how to parry in For Honor.

Parrying is pretty much just an extension of blocking. If you don’t have blocking down yet, you won’t even be close to figuring out how to parry in For Honor. So, make sure you’ve run through the tutorials and know how the fighting system works, and how you can block incoming attacks.

Once you have that figured out, knowing how to parry is just one extra step. As you watch your opponent, trying to figure out which way they will attack, just make sure you are blocking in the correct direction. When they actually go in for the attack, the way you parry it is to use a strong attack so that it blocks their strike, sending them recoiling.

This isn’t just a matter of spamming the button, nothing in For Honor ever is. Instead, it’s about getting that perfect timing down. You need your strike to hit theirs, not swing before or after it. The best way to do this is to watch the indicator around their character that shows which way they will be attacking you. It will turn red when they start the attack, but wait until you see it flash and grow larger before you hit the trigger to initiate your parry.

Time it right and you’ll send them recoiling backward, open for a quick strike, or even a guard break. Figure out how best you can damage them in their moment of weakness and strike quickly, you’ll only have a fraction of a second.

And that’s it for how to parry in For Honor. Hopefully this helps you in your upcoming battles. Let us know if there’s anything else you need some help with in the comments below.

Home / Game Guides / For Honor Guide: How to Parry