Fortnite: How to Get Carnage and Maximum Carnage Style

Carnage has come to Fortnite. Here's how to get him. Carnage has joined Fortnite in Season 8, and players can earn a ton of Carnage-themed cosmetics this season. Carnage is included with the Chapter 2 Season 8 Battle Pass, meaning you can get him by being a Fortnite Crew member or buying the Battle Pass with V-Bucks the old-fashioned way. You won’t be able to get him right off the bat though, and unlocking his bonus style and other cosmetics is going to take some work. Here’s how to get Carnage in Fortnite.

How to Get Carnage in Fortnite

Carnage is the final skin on the Chapter 2 Season 8 Battle Pass. Season 8 is using Battle Stars just like last season, so you’ll have to purchase all of the previous rewards from the first nine pages in order to reach Carnage. He’s on Page 10, and you will have to buy the rest of the Carnage cosmetics on this page before you can get the skin. 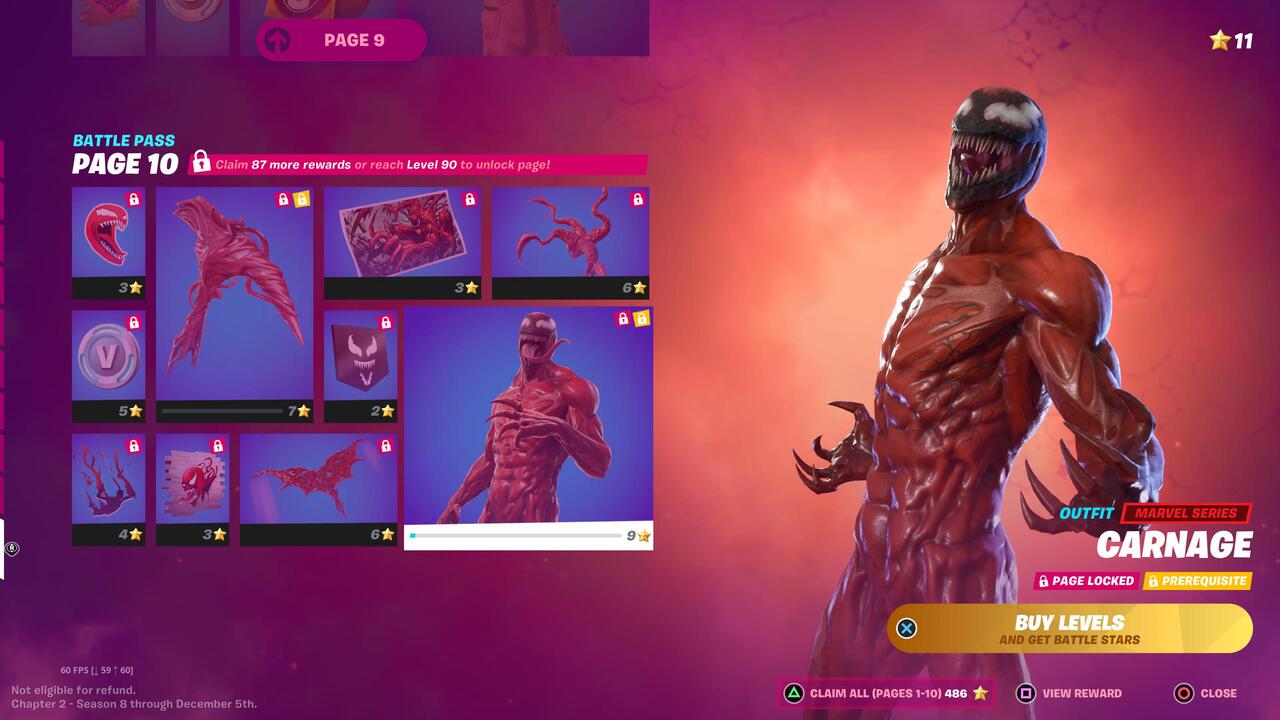 Carnage himself costs 9 Battle Stars, but it’s going to cost you a lot more than that to reach Page 10. You have to claim 90 total rewards on the Battle Pass or reach Level 90 outright in order to access the final page. To grind Battle Stars, you can find NPCs and do Punchcard quests or just level up the old-fashioned way by playing the game.

How to Get the Maximum Carnage Style

After unlocking Carnage, you can go to the Bonus Rewards page of the Battle Pass to find his Maximum Carnage style. This will cost you a whopping 25 Battle Stars, which is much more expensive than anything on the main pages. Thankfully, it’s on Page 1 of the Bonus Rewards, so you can get it shortly after reaching Level 100.

There are still a few hidden Bonus Rewards coming later in the season, so there’s a possibility that Carnage could get more cosmetics in the future. These pages are likely the super styles that have been featured in previous seasons. Last season, players could unlock gold, silver, and prismatic styles for Battle Pass characters like Rick Sanchez, and Carnage will probably get the same treatment in Season 8.

Home / Game Guides / Fortnite: How to Get Carnage and Maximum Carnage Style