Fortnite: How to Get the Toxic Rick Style

Here's how to get Rick Sanchez's alternate style. 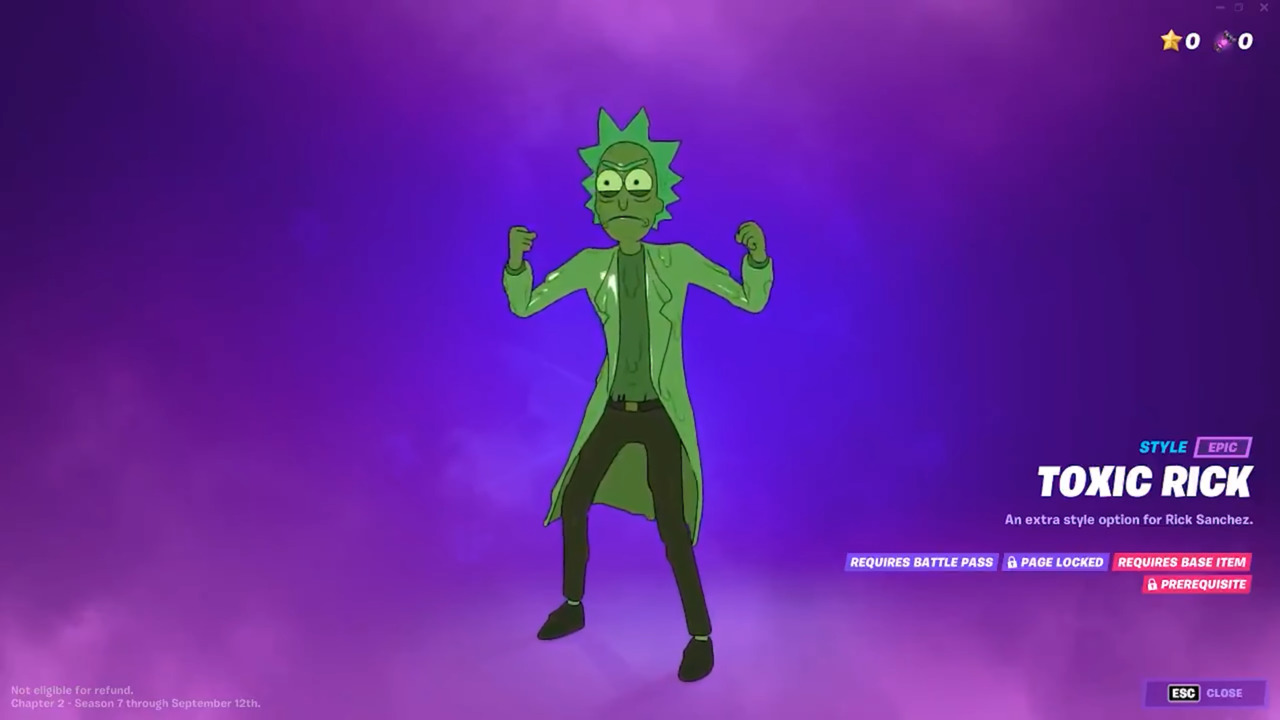 In a strange turn of events, Rick Sanchez has come to Fortnite, but he actually has a special Toxic Rick style that players can unlock after reaching the final page of the new Season 7 Battle Pass. This skin coats Rick in a green sludge, which is how his toxic counterpart appeared in the “Rest and Ricklaxation” episode of Rick and Morty. It’s a great homage to the show and fans are sure to love it, but it’s pretty difficult to get. Here’s how to unlock the Toxic Rick style in Fortnite.

How to Get the Toxic Rick Style in Fortnite

To unlock the Toxic Rick style, you must first purchase 105 rewards from the Battle Pass using Battle Stars. This is because the style is on the second page of the Bonus Rewards section of the Battle Pass. Accessing the first page of the Bonus Rewards section requires you to purchase all 100 rewards from the main Battle Pass, and then unlocking the second page requires an additional five purchases on top of that. 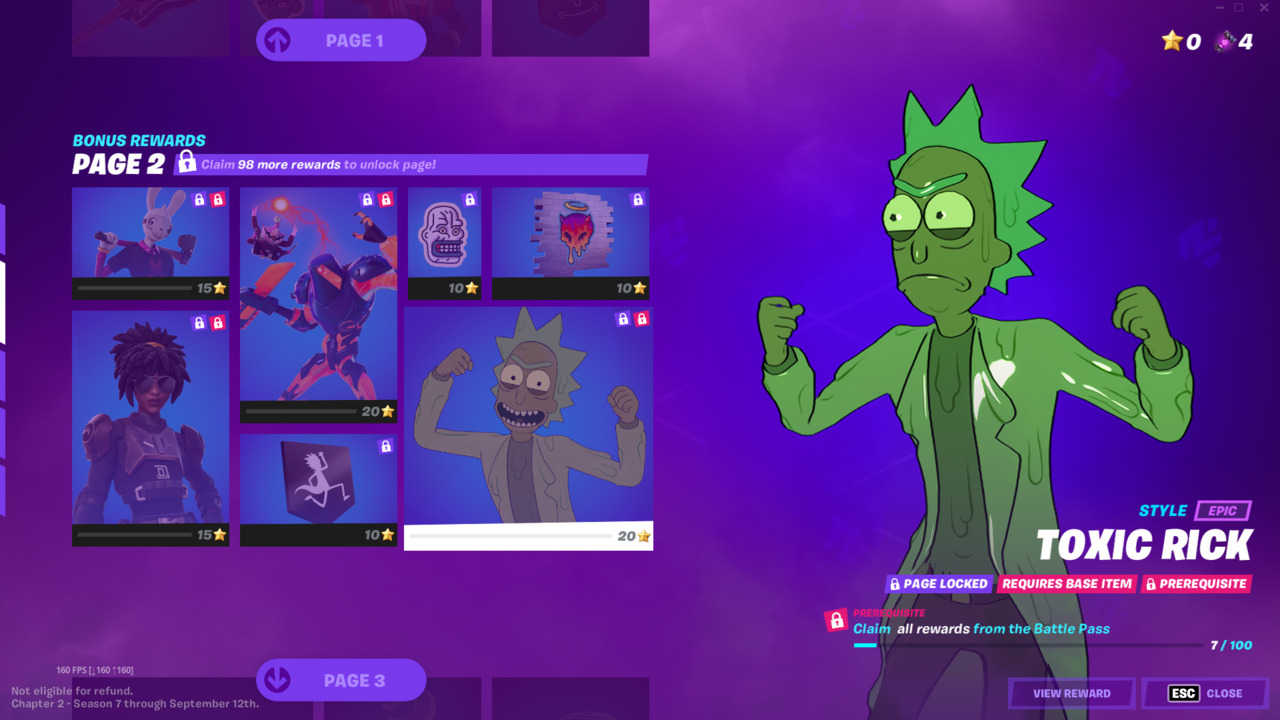 Once you unlock the style, you can purchase it for 20 Battle Stars. You get five of them whenever you level up, so you’ll need to have either saved up a lot of them or level up four more times after you unlock the style. It’s also worth noting that you do have to have purchased the base Rick Sanchez skin in order to be able to buy the Toxic Rick style, but you probably already have it if you’re reading this guide.

If you’re not planning on buying all the Battle Pass levels outright, then you’re going to need a lot of XP if you want this style. You can start grinding by completing some of the first weekly challenges for Season 7 like collecting different IO tech weapons or finding the Alien Artifacts. Later this season, a Superman skin will also be added to the game as well, so there are plenty of reasons to start stocking up on Battle Stars.

Home / Game Guides / Fortnite: How to Get the Toxic Rick Style