Stop the grubs from coming through. 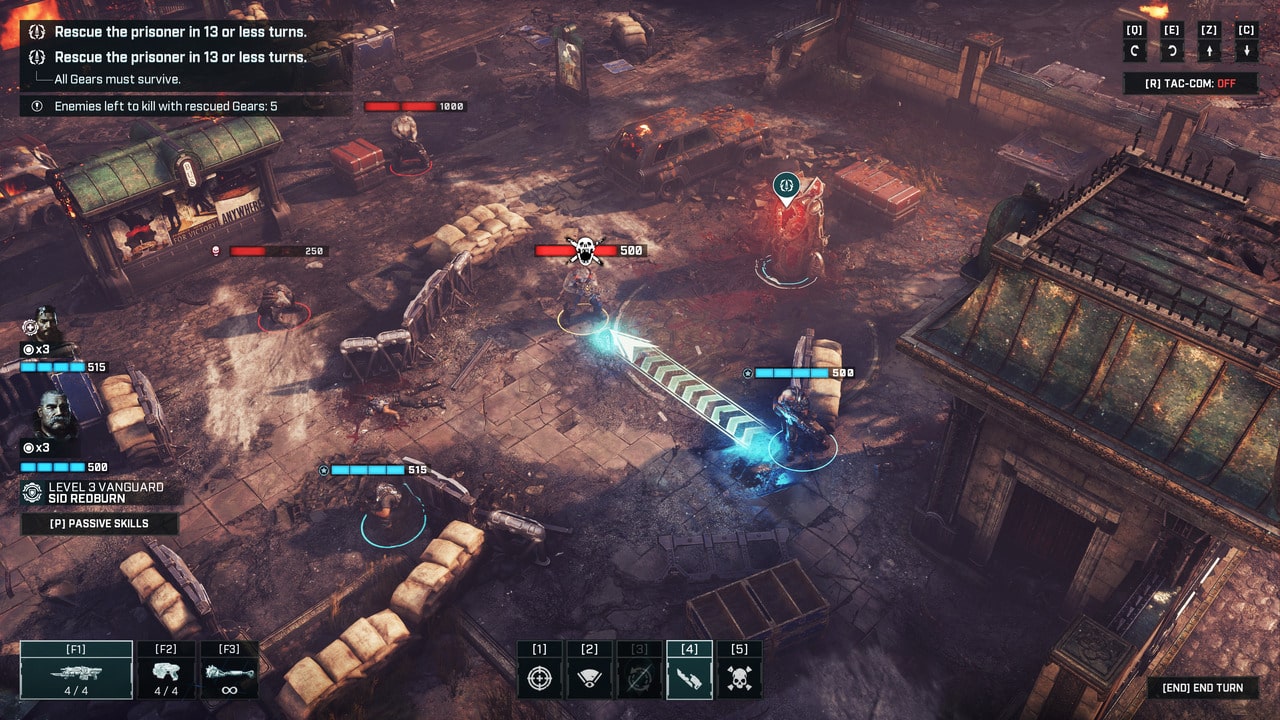 Emergence holes are a staple of the Gears of War franchise, and Gears Tactics has them in spades. The locust horde dwells underground, and emergence holes are their fast lanes to the battlefield. Once a hole opens, multiple enemies will pile out of it every turn. Anything, from wretches to standard soldiers, can climb out of these holes, so you’ll want to close them up before too many enemies make it out. Just like in a normal Gears game, emergence holes can be closed fairly easily, but Tactics puts a twist on things by giving a cooldown to the item you need to use.

How to Close Emergence Holes in Gears Tactics

To close an emergence hole in Gears Tactics, you have to toss a grenade into it. To select a frag grenade, press F3. Then, throw the grenade into the hole after lining up the throw using the provided arc. It only takes one frag grenade to close an emergence hole, but make sure your units have enough action points to be able to throw one in the first place. You can also only throw a grenade so far, so make sure your units are spread out enough that one could make it to a potential emergence hole if one does eventually pop up. Getting caught off guard can quickly lead to you getting overwhelmed, as enemies can move the same turn as they emerge from the hole. Thankfully, you’ll typically be notified before one shows up because the ground will begin to crack. Just don’t try and throw a grenade in before the hole actually opens or else you’ll waste it.