Genshin Impact 2.8: How to Seize Destiny

Are you ready to seize your destiny? 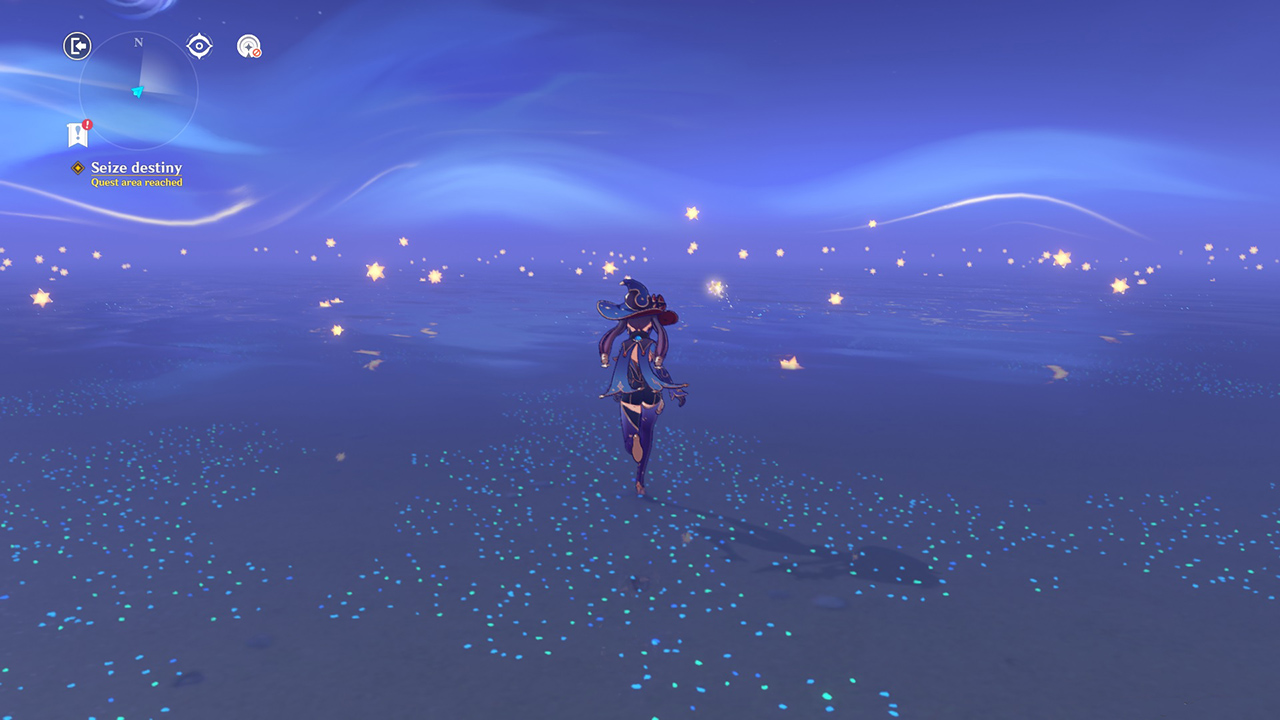 As part of the final objective of Mona’s questline in Genshin Impact‘s version 2.8, players will be tasked with helping the world’s best Astrologist as she literally seizes her destiny among the sea of stars. But how can you do that? With that said, and to help all currently struggling to seize their destiny, here’s how to Seize Destiny during Mona’s The Ancient Azure Stars questline in Genshin Impact’s version 2.8:

Genshin Impact 2.8: How to Seize Destiny

To complete the Seize Destiny objective in Genshin impact, you must find and then catch a moving star, the one you have been following during the whole questline. But, although spotting the star is fairly easy, there are no clues regarding where it will appear.

With that said, we recommend that you, first of all, scan the environment, as it is possible that the star will already be in your field of vision. If you could not spot the star this way, we recommend that you head to one of the extremities of the area, all while using the environment to make sure you are going in the right direction. Once you spot the star, just chase it and capture it.

To recap, here’s how to Seize Destiny on Genshin Impact:

Now that you know how to seize your destiny and complete Mona’s questline in Genshin Impact’s version 2.8, don’t forget to also check out an overview of all revealed and leaked Sumeru characters, as well as how to start Kazuha’s story quest, and how to get a free Fischl as part of the event.

Attack of the Fanboy / GAME GUIDES / Genshin Impact 2.8: How to Seize Destiny