Genshin has a photo mode, and you'll use it to complete this Lantern Rite quest. 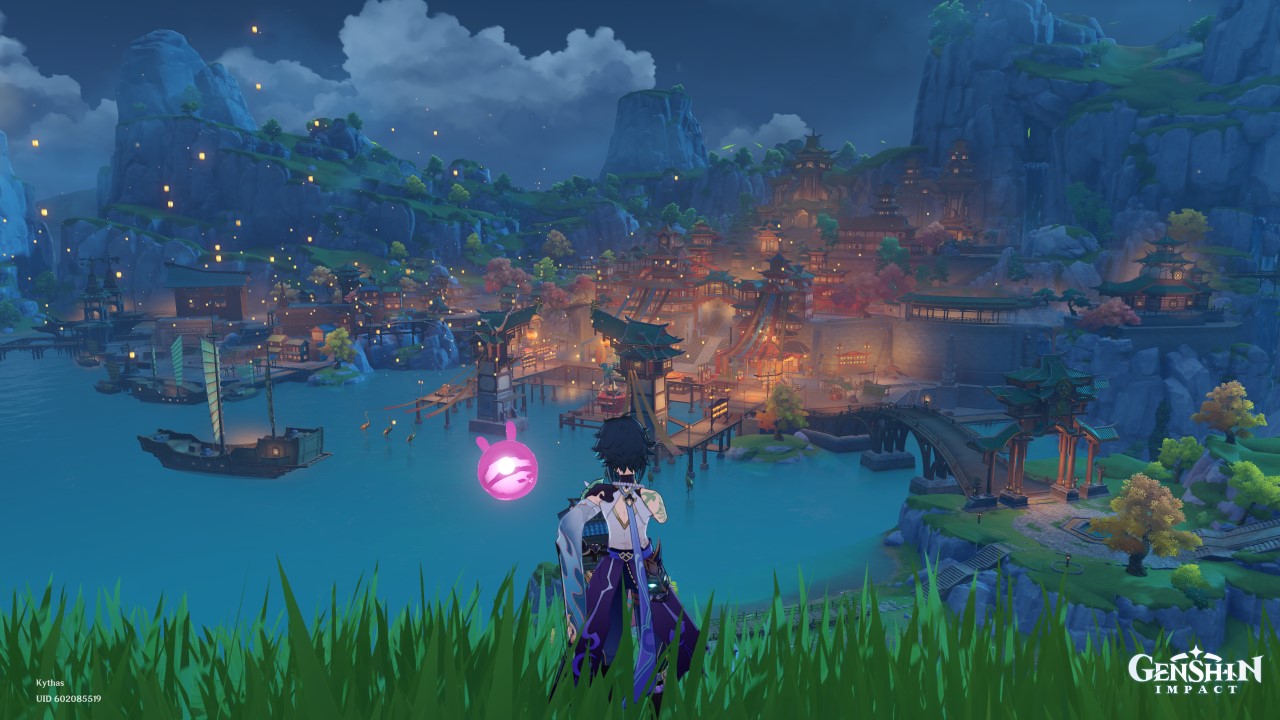 The Lantern Rite event in Genshin Impact comes with a series of different world quests to complete, and “Iron Ingot Meets Ziwei” is both one of the easiest and most confusing on offer. If you are aware of the camera function in Genshin Impact you won’t even break a sweat helping the clearly lovestruck Iron Ingot (yes, that’s his name) find a nice location to release a Xiao Lantern with his crush, Ziwei. If you’re reading this and thinking to yourself, “Genshin Impact has a camera feature?”, then you’re probably gonna have a rough time.

You need to use Genshin Impact’s built in camera function to complete “Iron Ingot Meets Ziwei.”

The “Iron Ingot Meets Ziwei” world quest in Genshin Impact is simple enough on paper: simply visit a handful of locations marked on the map to see if either is suitable for some stargazing. The thing is, Iron Ingot wants you to take a photo of each vista. Here’s where things can get confusing for those of us out who had no idea Genshin Impact features a full-on photo mode.

You see, there are two forms of camera in Genshin Impact (three if you count the Five Flushes of Fortune event camera). Once is unlocked via a side quest in Liyue, and is mapped to your Gadget key when equipped. This camera is used to capture rapid screenshots, and there’s not a whole lot of nuance to it. The second, more versatile camera is within Genshin Impacts main menu.

Simply click Escape/Start (or tap the appropriate icon on mobile) to bring up the main menu in Genshin Impact. On the left-hand side, above the Notices Icon, is a camera. Yep, that’s been there this whole time. Clicking this opens Genshin Impact’s photo mode, which freezes the game and allows you to alter the frame, your character’s posture, emotion, and a handful of other settings to capture the best possible screenshot.

It’s also how you’ll take photos of the two vistas for the “Iron Ingot Meets Ziwei” Lantern Rite world quest. Simply head to the marked locations on your map, open the main menu, and select the camera. It will auto-align with the scenery for the quest, and all you need to do is snap the photo. Once you’ve acquired both photos head back to Iron Ingot to move on to the next stage of “Iron Ingot Meets Ziwei.”

This part isn’t too bad: you’ll need to make either Grilled Tiger Fish or Almond Tofu for Iron Ingot, based on what you selected while talking to him. If you don’t have any on hand you can use the waypoint in Liyue Harbor to reach a cooking stove in the Wanmin restaurant. There’s a vendor nearby who has everything you need, so grab your ingredients, cook up the dish, and return to Iron Ingot to complete “Iron Ingot Meets Ziwei.” There’s some dialogue to watch at the end, but you’re pretty much done once you give Iron Ingot the meal.