Check out everything you need to know about Nilou 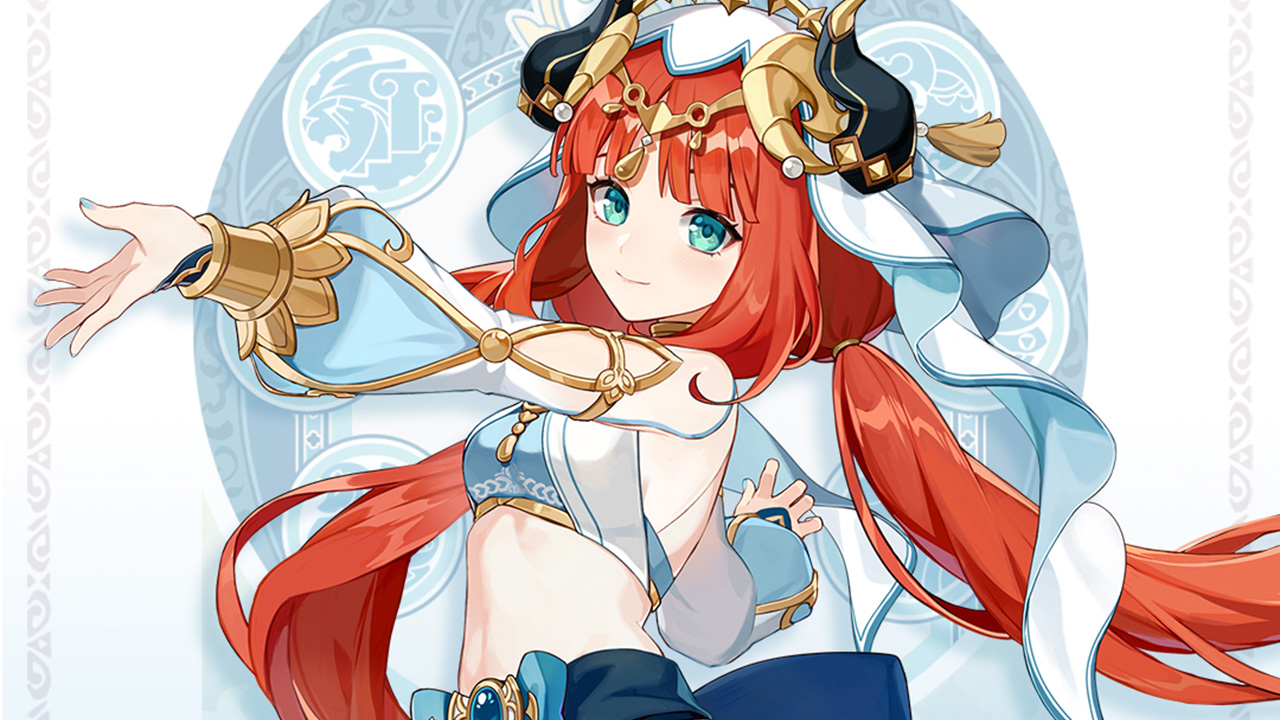 After she was first revealed, as part of the flood of leaks regarding Genshin Impact‘s now-only-a-day-away Sumeru patch, 5-Star Hydro Sword user Nilou quickly became a fan-favorite among the game’s cast, thanks to not only her design but also to her skills and personality. But who is Nilou? What will her role be? And more importantly, when will she be released? Now, to answer that and more here’s everything you need to know about Nilou, including more on her personality, all that was leaked regarding her Elemental Skill and Burst, as well as her release date.

Update, August 25, 2022: New leaks featuring not only Nilou’s full set and constellations but also a gameplay showcase of all of her skills were revealed. We’ve added this information below.

Everything We Know About Nilou in Genshin Impact

According to her official character summary, revealed by Hoyoverse on HoYoLAB, as well as to her part in version 3.0, Nilou is the star of Sumeru’s Zubayr Theater and is famous for her exceptional dancing, which is capable of transporting the audience to a whole different world. Also, according to known leaker SaveYourPrimos, Nilou can be described as someone who searches to bring happiness to people, as she believes that art can bring people together. Also according to the leaking account, her current outlook and personality are the fruit of her past and all the negative experiences she had, she is also someone known for putting the well-being of others above her own.

With that said, according to many leaks, and as we said above, Nilou will be a 5-star Sword user. You can check out Nilou’s in-game look below, on the official trailer for Genshin Impact’s version 3.0 “The Morn a Thousand Roses Brings”:

Will Nilou be a Support or a DPS?

According to the many leaks regarding Nilou, as well as the leaked descriptions of all of her skills and talents, it is safe to assume that Nilou will be an on-field-DPS focused on dealing massive Hydro damage and dealing frequent ounces of extra damage through the Bloom reaction (Dendro + Hydro). Both Nilou’s Elemental skill and Burst will also scale off her overall HP%.

With that said, according to their leaked descriptions, present on Project Amber, Nilou’s Normal Attack sequence will be composed of a series of three sword strikes. Her Elemental Skill, Dance of the Seven Realms, on the other hand, will allow Nilou to enter her Pirouette state. While in this state, performing her normal attacks will allow her to shift to her Sword Dance stance while pressing her Elemental Skill again will allow her to enter her Whirling Steps stance. While on each stance, all of her NA damage will be converted into Hydro and will be considered Elemental Skill damage.

While in her Sword Dance stance, the third consecutive attack will end the stance, thus allowing Nilou to both deal AoE Hydro damage and convert her NA attacks into Sword Dance moves for a set amount of time (8 seconds). If the same is done while on the Whirling Steps stance, Nilou will then deal AoE damage and generate a Hydro aura which will follow the active character and apply Wet on enemies.

Her Elemental Burst, Dance of the Lotus: Distant Dreams, Listening Spring, on the other hand, will allow Nilou to deal massive AoE Hydro damage and apply the Lingering Aeon effect to enemies, which will then deal extra Hydro damage after an interval.

You can check out a full showcase of Nilou’s moveset below, featuring a complete look at her Elemental Skill mechanics and Burst. Courtesy of known leakers UBatcha and abc64.

You can check out her talents in action in the video below, also revealed by known leaker UBatcha:

Kinda hard to showcase but if you watch closely, you can see them looking slightly different and exploding much quicker pic.twitter.com/Z1Cw0C9Zhj

According to their leaked descriptions featured on Project Amber, Nilou’s constellations will be focused on both massively increasing her overall damage while in her Pirouette state, as well as in further increasing the damage dealt by the Bountiful Cores. You can check out an overview of all of Nilou’s constellations below, based on their leaked descriptions:

Genshin Impact: When Will Nilou be Released?

According to statements by many known sources in the game’s community, Nilou is set to be released during Genshin Impact’s version 3.1, which is set to debut on September 28, 2022.