There was a bug blocking this event quest, but it has been resolved. 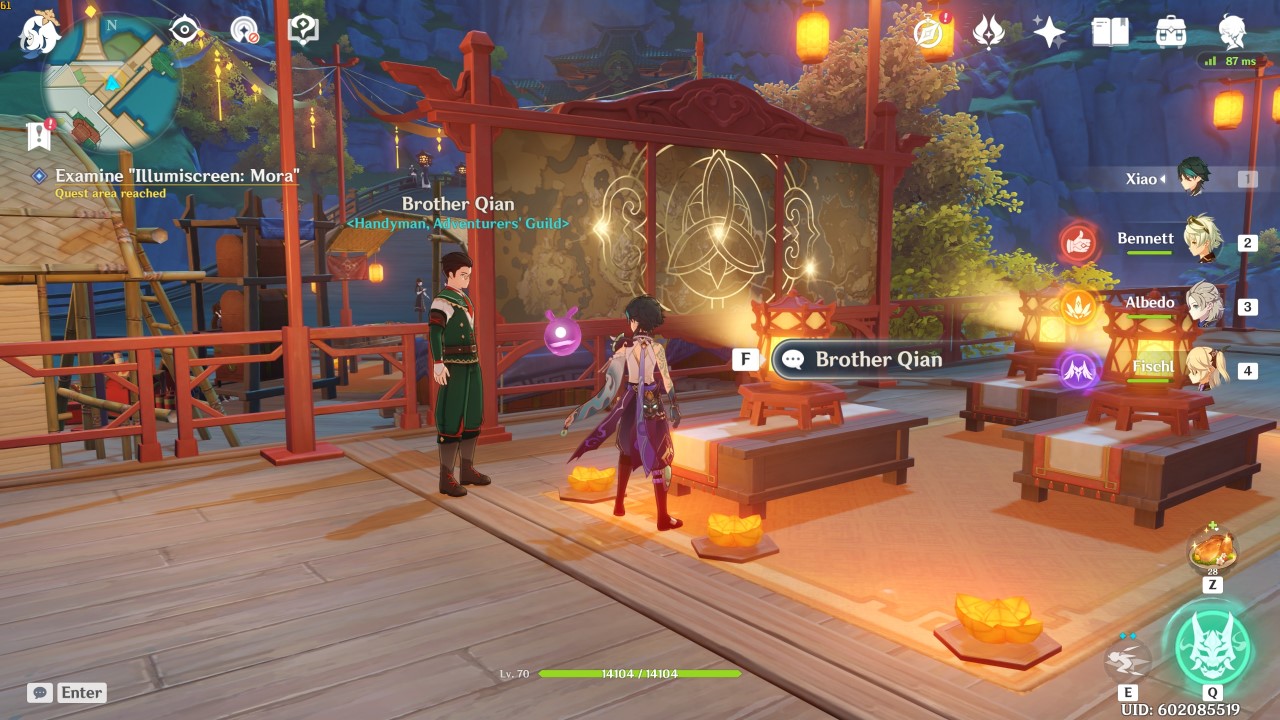 The Illumiscreen returns with “The Illumiscreen 2” quest in the Lantern Rite Tales in Genshin Impact. Brother Qian from the Liyue Adventurer’s Guild has devised a new puzzle for travelers to solve, and with it comes three new treasures to loot. The Illumiscreen 2 is a touch trickier than the first part (and was plagued by a quest-breaking bug until recently), but you should be able to grab all three chests in no time.

Genshin Impact: The Illumiscreen 2 image is of a Mora, and there are three treasures to find.

The Illumiscreen 2 kicks off the same way as the first one: talk to Brother Qian at the Liyue Harbor at night (between 21:00 and 06:00), and he’ll once more task you with solving a lantern puzzle to discern the location of three treasures. There’s a change here that makes things somewhat trickier this time around. The left lantern rotates itself, but the other two rotate themselves and another lantern. Thankfully, there’s a simple pattern to knock this out.

You need to make a projection of a Mora to progress The Illumiscreen 2, so rotate the center lantern until you get the Mora symbol. Spin the right one until it and the center are aligned, then move the left one to complete the image. Alternatively, you can start with the left lantern, since it moves independently, then the center until you see the Mora symbol, followed by the right until everything lines up. This will take a little longer, so it’s best to use the first method. 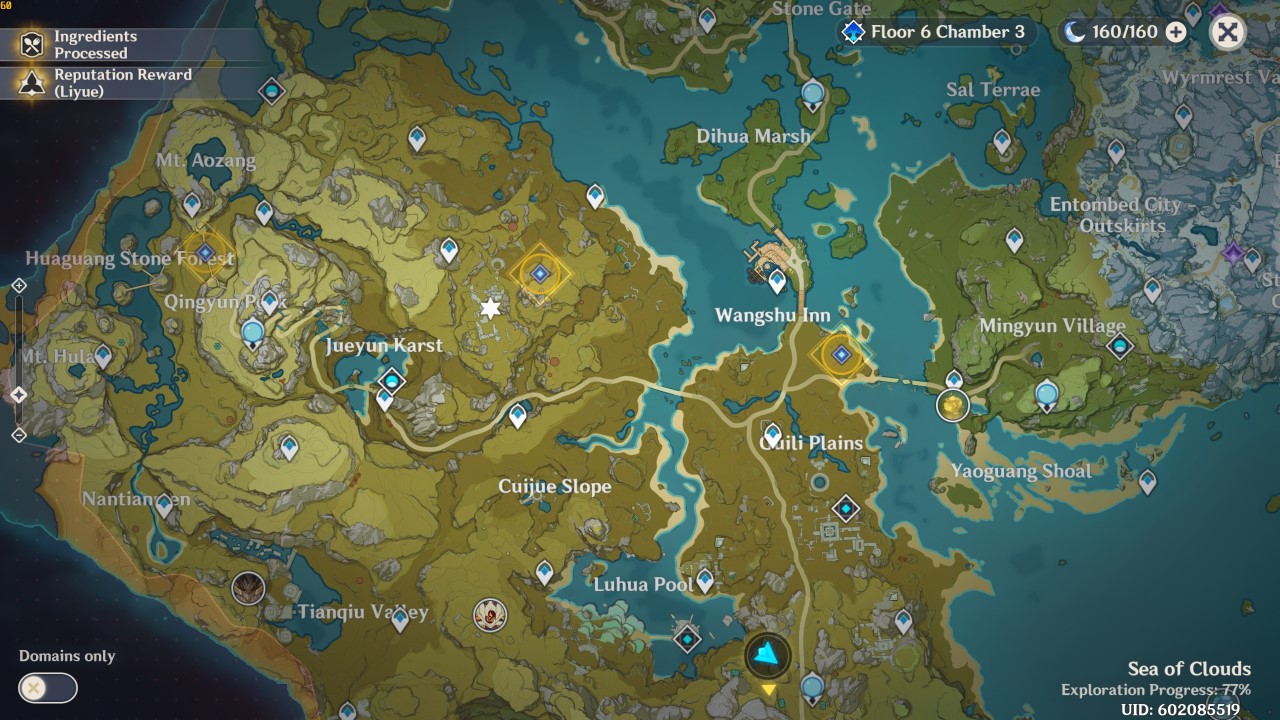 Once you’ve spun the lanterns and completed the Mora projection go interact with the image to highlight the three treasure locations on your map. Each Illumiscreen 2 treasure has a small challenge associated with it, so lets break these down real fast: 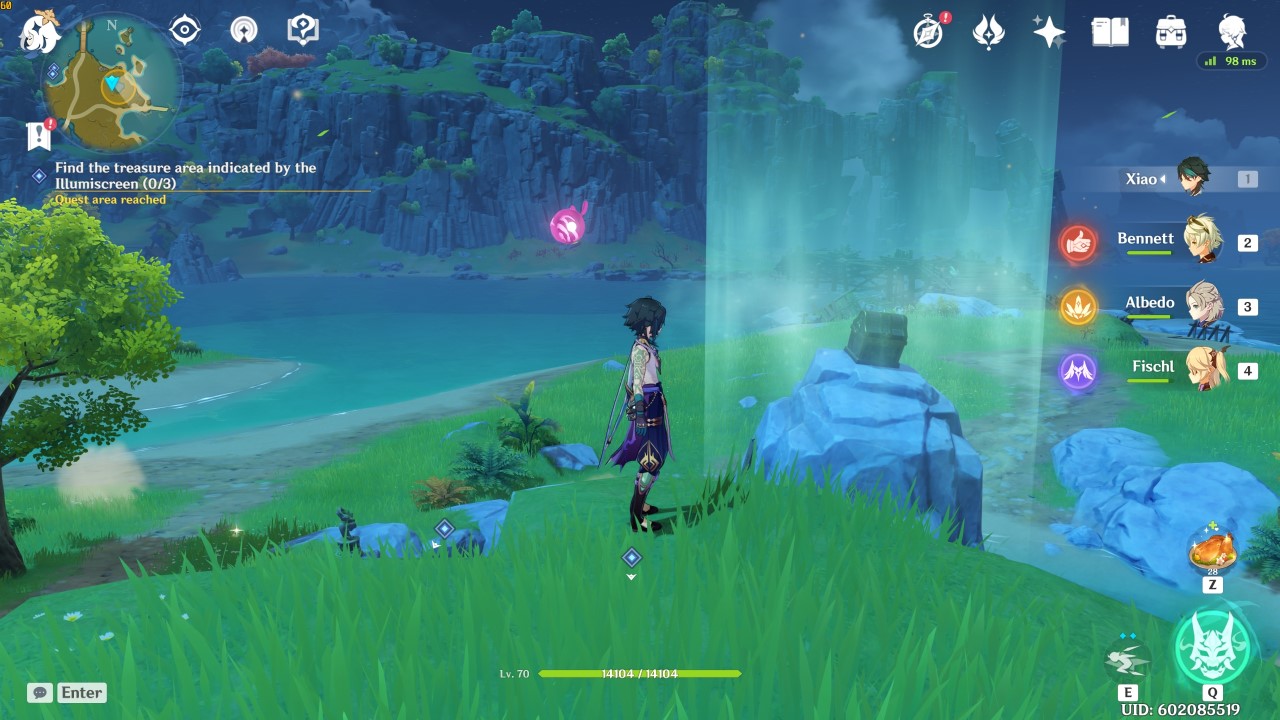 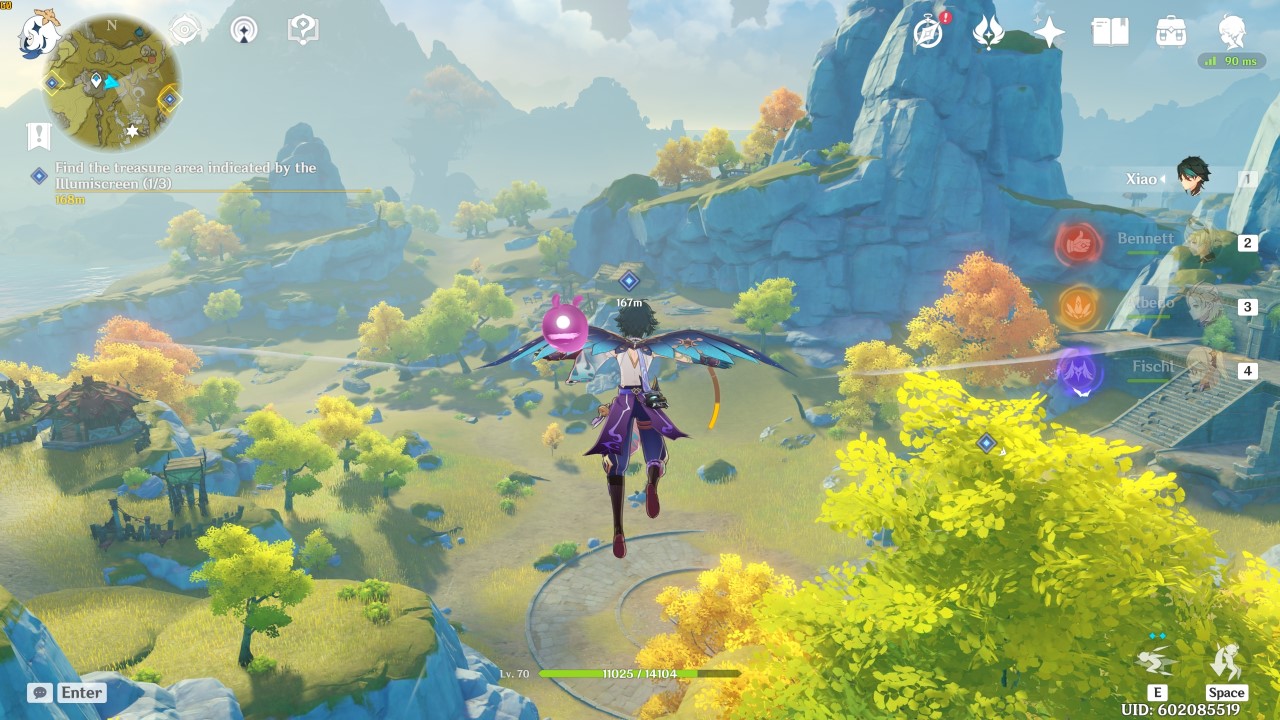 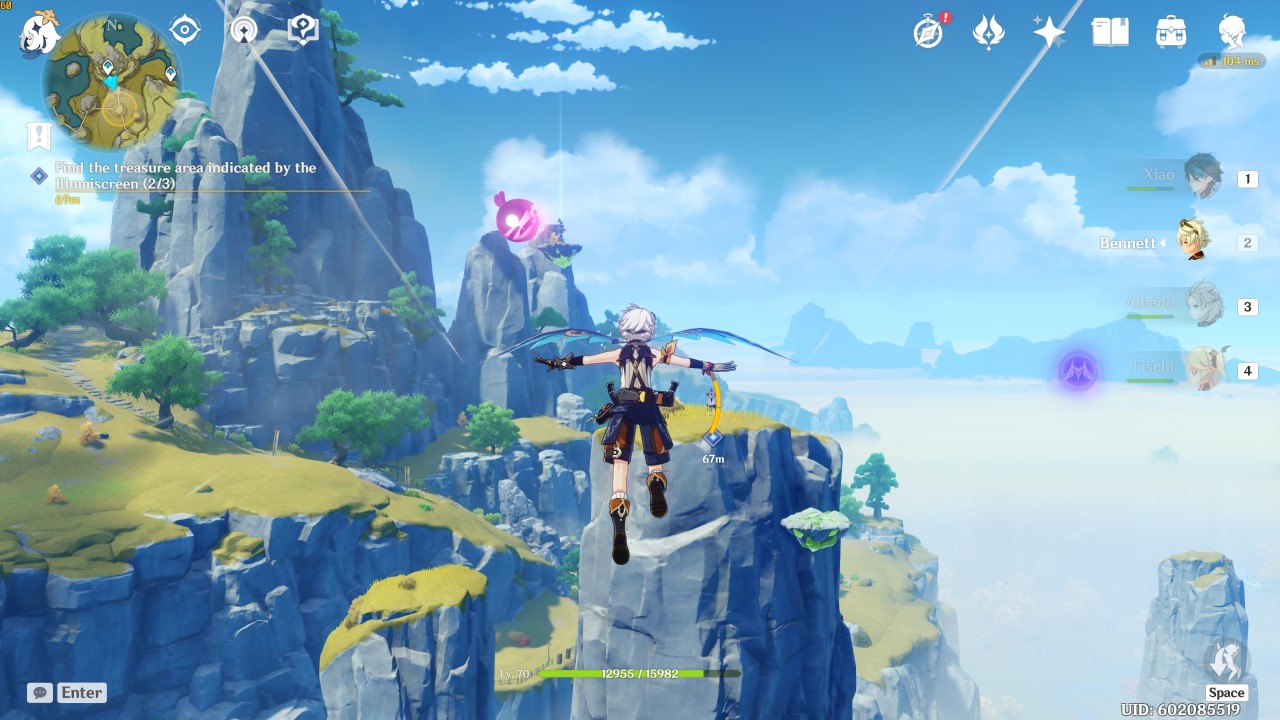 Once you’ve looted all three chests, return to Liyue Harbor to speak with Brother Qian to complete The Illumiscreen 2. It doesn’t matter what hour it is, simply speak with Qian to finish the quest and grab 30 Primogems, 20000 Mora, and 200 Festive Fever for the Genshin Impact Lantern Rite event.