Should you stick with Ethereal Weaving or invest in your abilities and equipment? 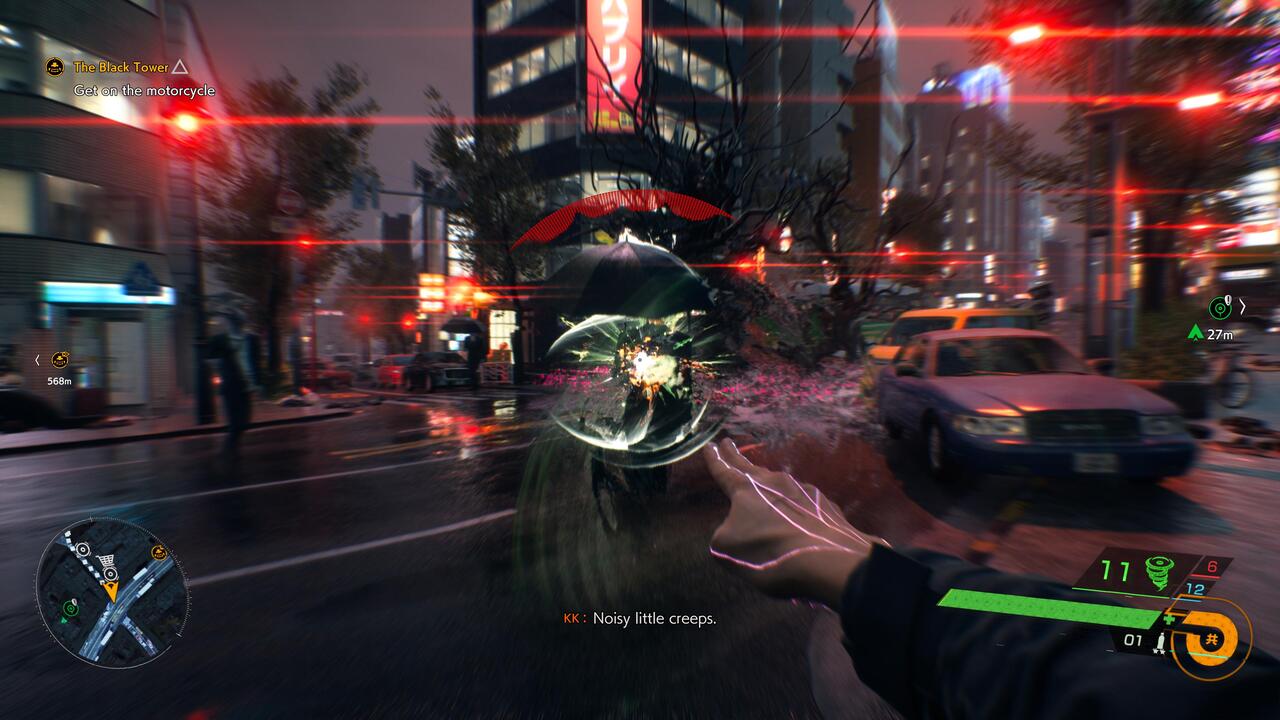 As mentioned previously, there are a good amount of areas to spend your skill points as you level up. Increasing your level will increase your max health and earn you spirit skill points which let you unlock new skills. There are three sections: abilities, Ethereal Weaving, and equipment. The most important sections to upgrade are abilities and Ethereal Weaving. While equipment is useful, it is much more situational which makes it not as necessary to pour skills into. Unless you absolutely love playing with the bow and the Talismans, avoid unlocking any skills in equipment except for Fukurokuju I and II which is the Prayer Beads that you’ll unlock further into the game.

Which Ability Skills Should You Unlock First

Abilities in Ghostwire: Tokyo includes mobility upgrades, offensive upgrades, and quality of life upgrades. For starters, the skill you’ll want to unlock as early as possible is the Amenotori X Grapple. This upgraded grapple lets you swing to the top of any rooftop or ledge in the game instead of relying on a nearby tengu, making traversal and collecting souls a lot easier.

Like some of the other upgrades, Amenotori X is gated by a Skill Lock. To break a Skill Lock, you’ll need to collect a certain number of Magatama which can be found through side quests (side quest hyperlink). For this particular upgrade, you’ll need 7 Magatama which is a lot. But, trust me when I say, it is worth it to unlock it early so you can Spider-Man your way across Tokyo.

Another great ability to unlock first is Fudo I which increases the amount of time a Visitor’s core is exposed. Along with that, you’ll want to get Kukurihime I which increases the speed at which you extract a Visitor’s core. If you want to play more stealthily, go for Inubashiri I which makes you move faster while crouched, or if you want to play a little more up close and personal, go for Tatenui I which creates ether (the ammo for Ethereal Weaving) when you perform a perfect block. Lastly, unlocking the Omoigane I is a smart move for every type of player as it increases the Spectral Vision range. Which Ethereal Weaving Skills Should You Unlock First

The further you get into the game, the more Ethereal Weaving powers will become available to you. For that reason, you may want to save your skill points until you get all three weaving powers. The Wind Weaving is the best and most reliable power in the game, so you’ll want to unlock Shinatobe I and Shinatobe II to fire off your Wind Weaving attacks at a quicker rate.

Each power has a charged attack, all of which are very effective. With that in mind, you’ll want to unlock Takehaya I and Takehaya II which shortens the time needed to charge your attack. Depending on how you use the Fire Weaving, the second-best power in the game, you’ll want to unlock Hinokagutsuchi I to use Fire Weaving more like a sniper shot or Hinokagabiko I to use Fire Weaving more like a grenade. If you like to play up close and personal, unlocking Wadanokami I for the Water Weaving will increase the width of your charged shot, allowing you to take out more Visitors at once.

Now that you know what the best skills are to unlock first in Ghostwire: Tokyo, you’re ready to take on some real challenges. If you’re looking for more tips and tricks when it comes to navigating Tokyo, check out the rest of our Ghoswire: Tokyo guides.