Jason Todd probably does not want to remember this... 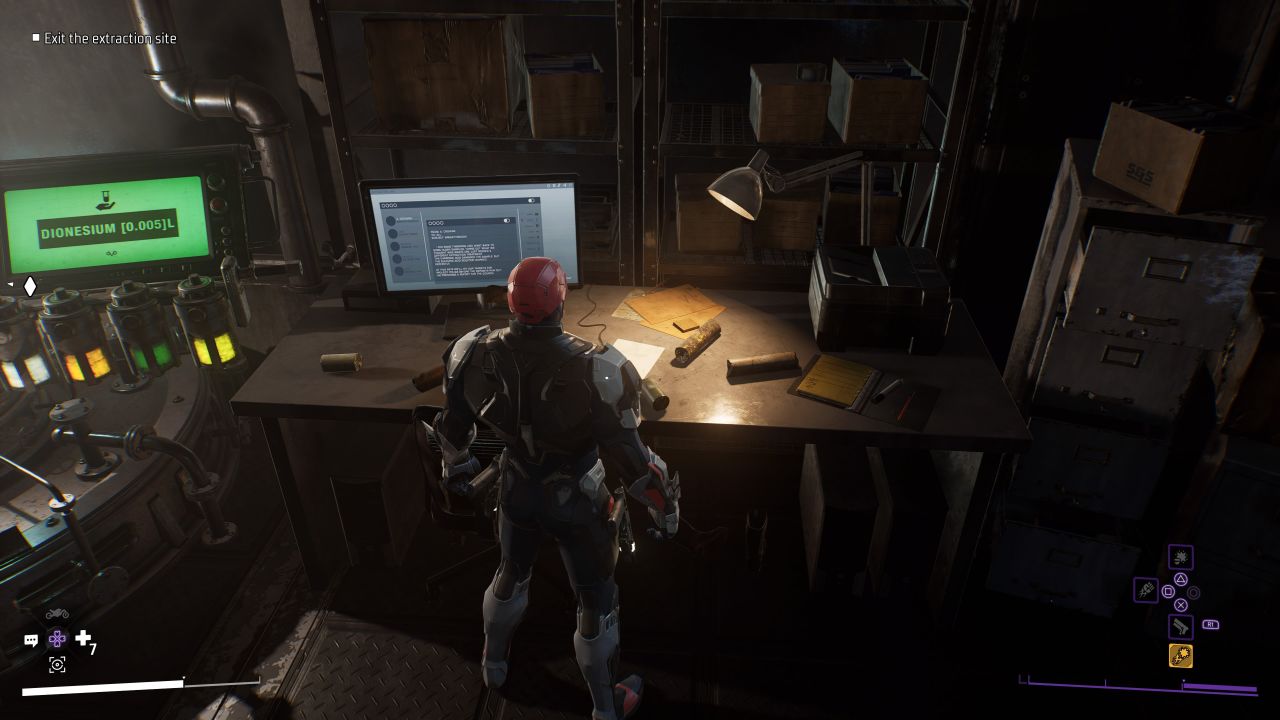 Now that you’re pursuing Batman’s last case even further, you have more leads leading to what the Court of Owls is up to. After completing the previous step before this regarding the order, you’re now at the Chelsea Tunnel. Making your way in, you’ll come across a lab where the organization is seemingly trying to make something that will give them full control of the city. In trying to figure out what’s going on in the Chelsea Tunnel, you have to extract a viable sample, so here’s how you can solve this puzzle in Gotham Knights.

How to Extract a Viable Sample in Chelsea Tunnel

Once you have made your way through this derelict area, you’ll realize that this is now a base of operations for something massive plotted by the Court of Owls. To get a better idea of what’s going on, you have to interact with the items on the desk.

These are the answers to figure out this case:

Once you have done this, your character will piece together that the Court is making (or at least trying to make) a compound similar to that found in the Lazarus Pits. For those familiar with this, it’s called Dionesium. It’s the same kind of substance that helped revive Jason Todd/Red Hood after the Joker killed him.

What they want to do with this is still unknown at the time, but the enemies you face later on will paint a clearer picture of what’s to come. This is perhaps one of the more notable points in the game since this will start to expose the real motives of the Court. Things will start to make more sense with your previous run-ins with Talia al Ghul as well.

As for the rest of your mission down here, everything else will be straightforward until later on when you have to solve additional puzzles. When you finally get there, we will have those solutions for you if you’re stumped.