The latest news in the world of video games at Attack of the Fanboy
August 24th, 2014 by Dean James 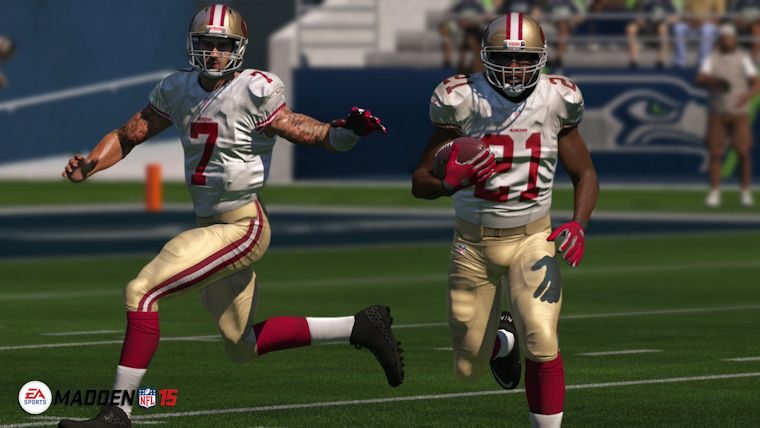 Madden NFL 15 added a number of new features, specifically on the defensive side of the ball, but one of the funnest is a part of the Skills Trainer known as The Gauntlet. Within this mode, you will be faced with 40 randomized skills training mini-games one after the other, with boss battles mixed in every five levels.

The first advice I can give with The Gauntlet is to actually use the Skills Trainer lessons prior to get a feel for the various tasks you may have to endure throughout The Gauntlet. There are plenty of them, especially on the defensive side due to the new techniques, that you may lose a life on simply because you were not prepared enough. Beyond that, let’s take a look at the first four boss battles you’ll find during the mode with a few hints on how to survive each one.

Make a field goal through hurricane force winds. Pull back the right analog stick to fill power meter, then push up in the direction of the cone when the meter is full. Tip: Worry about aim rather than power.

Follow your blockers! Score a Touchdown on the play without getting tackled or going out of bounds. Use stumble recovery by pressing down on the right analog stick if needed.

Score a Touchdown on the play. Make sure to use special moves, especially jukes with right and left on the right analog stick

Complete the pass inside the Hot Spot and you have conquered half of the Gauntlet. TIP: TAKE YOUR TIME! Also, you can use playmaker by holding L2 and using the right analog stick.