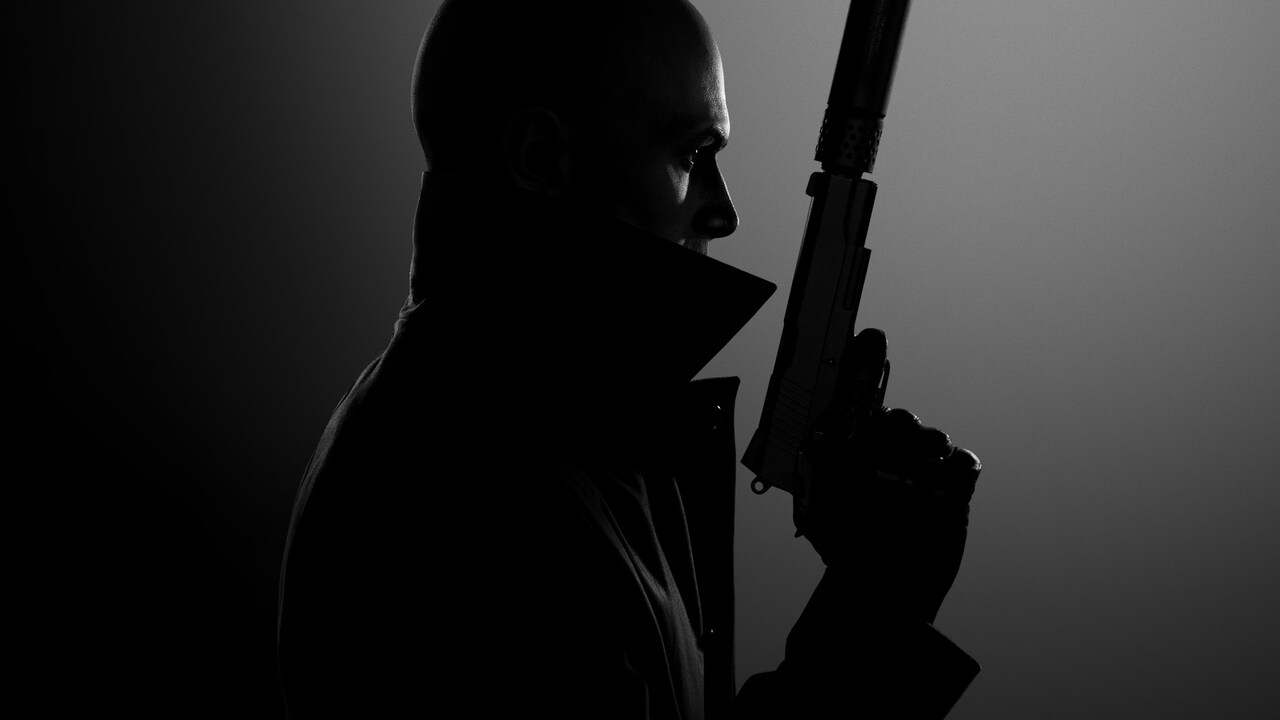 Update 1.06 has arrived for Hitman 3, and here’s the full list of changes and fixes added with this patch.

IO Interactive has now released its June patch for Hitman 3 on all platforms today. If you have the PS4 version of the game, the update version number is 1.06. On PS5, the patch number is similar with version 01.006.000. Officially though, the patch is known as version 3.40.

In terms of patch size, the update is around 2.5 GB to 3.5 GB depending on what platform you play the game on. Switch and Stadia players are lucky because they don’t need to download anything.

The main purpose of today’s patch is to add the new Seven Deadly Sins Act 3: Sloth content to the game. A ton of other improvements have also been made to the game. You can read the full patch notes posted down below.

Chill out, take it easy. The Seven Deadly Sins continues with Act 3: Sloth. Save all your energy for the Sloth Depletion Escalation and go deep into the mind of Agent 47. Experience a new take on the Dartmoor location – plus unlock new sin-themed items and suit to show off your inner sloth.

The June Patch introduces a new reward for completing 40 unique Featured Contracts; The ICA 19 F/A Stealth “Ducky” Edition. The challenge will be added to the game on June 15th when the Featured Contracts total is sitting at 38. The first batch of Featured Contracts introduced with the Season of Sloth will be your first chance to unlock this brightly-coloured weapon!

Stability Improvements
We’ve fixed and resolved several issues on all platforms that would cause the game to crash or be unstable.

Challenges and Trophy/Achievements
We’ve listed all the trophies/achievements and challenges below that have had their unlock conditions tweaked in this patch.

The Classics Challenges
We’ve tweaked a few things affecting how the Classics Challenges unlock. Firstly, we’ve made sure that players who reach the required amount (e.g. 17) or above, will succefully unlock the challenge and earn the accompanying reward. Players who are still having issues are encouraged to start and exit a mission that has those challenges available.

Secondly, players who had some progress towards these challenges reset with the last patch (3.30), will now have the correct progress.

Note: Some of these changes were made between the release of 3.30 and 3.40, so some players may already have experienced the fixes mentioned here. We’re noting them now in the patch notes for clarity.

Extra note: It is a known issue that completing one the of the ‘The Classics’ challenges in a mission that is not a ‘campaign’ mission (e.g Bonus Mission or Special Assignments), might not count progress towards the progress for the cumulative challenges.

Misleading Leaderboard Percentile Descriptions
We’ve changed the wording and the order of the ‘leaderboard position’ indicator that is shown when completing a mission.

Subtitle Indicator
We’ve added the option to enable a ‘Speaker Indicator’ for subtitles, which will indicate who is talking. When toggled on, this will work during gameplay, briefings and cinematics.

During cinematics and briefings, the speaker’s name will be displayed in the subtitles. During gameplay, an icon will indicate where the subtitled speech is coming from.

Free Starter Pack
We’ve made a handful of changes to improve the experience of playing the Free Starter Pack. These include adding a tile to encourage new players to play the Sebastian Principle Escalation Contract in Dubai and we’ve fixed an issue where Free Starter Pack players could be unable to proceed after linking their account. This should prevent the ‘Already Registered’ issue from occurring. We’ve made other minor tweaks too.

Seasonal Bonus
We’ve fixed an issue where the HITMAN 1 Bonus Missions (The Icon, Landslide, A House Built On Sand) were incorrectly labelled as “Seasonal Content” in the menus.

From a to x (to e)
We’ve tweaked an issue where the ICA Combat Axe was missing capital letters in its description.

Wet Guru
We’ve changed the properties of the Guru Suit (unlocked via the Gauchito Antiquity Deluxe Escalation) to look wet when 47 is in the rain.

PS5 HUD
We’ve tweaked various elements of the heads-up display to make them more visible in all areas of the game on a PS5, including the weapon HUD and text elements of the UI.

PS5 Activities
We’ve adjusted a few things on the back-end to ensure that PS5 players that load a particular location from an ‘Activity’ when the game is closed, will be taken directly to the intended location.

Credit Where It’s Due, 3.40
We’ve updated the credits to reflect work done since the last update.

Main Menu Music
We’ve made a subtle change to the menu navigation sounds so that they’re lighter and more subtle.

Instinct Mix
We’ve tweaked the audio mix for Instinct to give an improved, more focused sound. This includes adjusted levels for Foley, SFX and UI.

Musical Overlap
We’ve resolved an issue that could cause the Mission Success™ music to overlap with a location’s ambient music and not trigger when you actually leave a mission.

Loadout Tracks
We’ve made a change that will ensure the loadout music track will now trigger properly.

Sneaker Footsteps
We’ve replaced the footstep sounds for when Agent 47 or NPCs are wearing sneakers / trainers to bring their quality in line with other sound effects that were updated for HITMAN 3’s launch.

Grid Wall
We’ve resolved an issue where a security camera grid could be seen through a wall.

Seven Deadly Sins
We’ve been spending lots of time in Dartmoor to prepare it for the release of the Sloth Depletion Escalation, including a new time of day change, lighting, environment art and propping changes amongst other tweaks.

Satu NightMare
We’ve tweaked an objective on the second stage of the Satu Mare Delirium Escalation (Deluxe) to clarify the kill method for one of the targets. Rather than “axe”, the objective will now state “fire axe”, which was previously only mentioned in the Notebook.

Curtain Call
We’ve resolved an issue where some characters could see through certain curtains in Berlin.

Controller Issues
We’ve resolved an issue where the behaviour of one of the targets could make it impossible to complete the Certainty Principle Mission Story.

FuseBox Fixup
We’ve changed the properties of a particular fusebox in Chongqing to prevent 47 from being able to walk through it.

Missing Tool
We’ve updated a prompt inside the facility that would show that 47 could ‘loosen mounting’, but didn’t indicate what item was required to perform the action.

Shortcut Mixup
We’ve made another change to how some shortcut challenges are unlocked in Chongqing. From now on, the ‘Facility Elevator Shaft’ and ‘Inner Courtyard’ shortcuts will be unlocked properly, with the correct name, description and image in the challenge pop-up.

Impulse Resist
We’ve tweaked an issue where 47 could get stuck in a chair during the Impulse Control Mission Story.

Determined Drone
We’ve resolved an issue where a drone’s detection light could still search for and detect 47, after the drone had been destroyed with an explosive.

Stair Head
We’ve resolved an issue where Agent 47’s head could clip with the stairs near the Winery’s Public Hall.

Train Crasher
We’ve resolved an issue where the game could crash shortly after starting the Untouchable mission from the default starting location.

Train Surfer
We’ve tweaked some parameters on the back-end to make the ‘Train Surfing’ trophy/achievement unlock more consistently. Players need to complete all challenges for the mission, including the Silent Assassin / Suit Only ones.

Paris: Showstopper
We’ve fixed an issue where the Showstopper challenge would not unlock reliably. Whilst it was possible to unlock this challenge, several factors were affecting how reliable it was and they’ve now been tweaked.

Sapienza: Tunnel Vision
We’ve resolved an issue where players could see ‘out of world’ when the camera was in a specific place in the tunnels.

Sapienza: Tower Vision
We’ve tweaked an issue on some consoles where the arches in the Town Hall Tower are shown as dark shadows when viewed from a distance, such as the Church Tower.

Marrakesh: Missing Map
We’ve fixed an issue where the second floor of the Consulate building was missing from the mini map and Notebook map.

Mumbai: Train Stopper
We’ve resolved an issue where Agent 47 could fall down from wooden planks near the trainyard.

Whittleton Creek: Bright Attic Light
As a follow-up to the Legacy Lighting fixes that we implemented last month, we’ve tweaked an excessively bright light in an attic in Whittleton Creek.

Whittleton Creek: Quiet Suffocation
We’ve fixed an issue that could prevent some sound effects from playing during the animation to suffocate Janus.

Super DJ
We’ve made changes to the DJ console in Berlin where the prompts shown might not react properly when pressing the relevant buttons.

Sneaky Blinders
We’ve resolved an issue where the ‘VR Blinders’ would remain enabled when playing the non-VR version of the game.

If you want to know more details on this particular update, you can visit the official website. Hitman 3 is out now for PC, PS5, Xbox Series X/S, PS4, Xbox One, Nintendo Switch and Google Stadia.