The upcoming collaboration showcases Asuka and her 'Blazing Hope' Battlesuit. 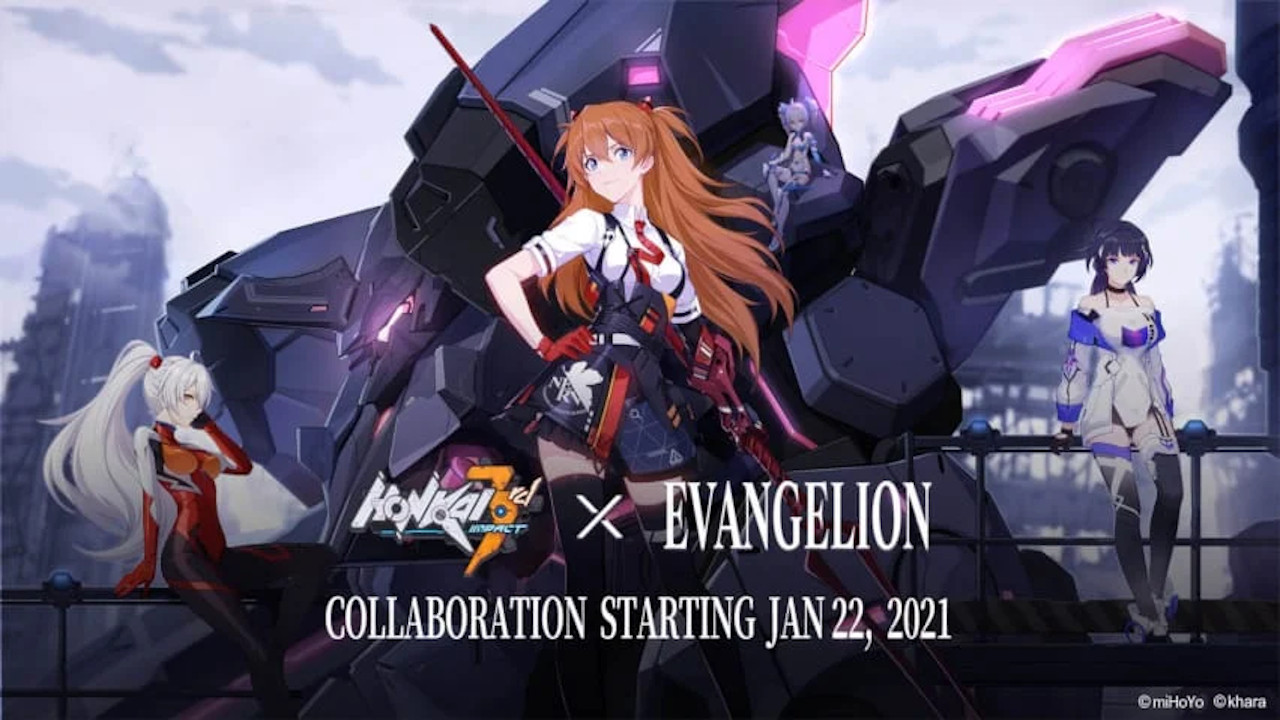 It was recently announced by the developers of Honkai Impact 3rd, the beloved action-packed game for Android and iOS, that they will be having a collaboration event with Neon Genesis Evangelion, on January 22. These are exciting news, since fans of the game will be interacting with familiar faces from the legendary franchise, rewarding them with Asuka and her new ‘Blazing Hope’ Battlesuit, for FREE.

Getting the new Battlesuit

During the new collaboration in v4.5, by participating in the main event, you will eventually reach a point where the new SP Battlesuit [Blazing Hope], is unlocked for free. Completing missions from the same event (New Century), will earn you Blazing Hope Fragments, up to x100, which are needed to unlock her and raising her up to S Rank.

Additionally, by spending SP Supply Cards, you can purchase drops from the corresponding Battlesuit Supply. After pulling 25 drops, Blazing Hope is guaranteed to drop, so make sure to spend your resources before the end of this event, if you want it. Extra bonuses can be obtained by pulling 10, 20, 40, 60, 80, and 100 drops respectively, which can earn you an additional x100 fragments. Alongside those fragments and drops, more goodies will be rewarded to players that join in the event, so there is something for everyone, even if you are not interest in Asuka and her kit.

The main plot of the event goes like this. A group of battlers find themselves in the midst of an Angel invasion. The 4th, 6th and 8th Angel will appear throughout the event, which are enemies recognizable to anyone who happened to watch or read this great story, back in the day. Meanwhile, Asuka, a girl from another world, has lost all of her memories coming to our universe here. Being the veteran fighter she is though, she is barely hindered by this setback, thus starting your journey to this event.

Asuka with her new suit, is a very strong physical damage dealer, with great nukes in her disposal, able to achieve huge numbers of DPS. Take advantage of her Charged attack and her Ultimate, and she will make her enemies tremble in fear. If they are able to survive that is.

Honkai Impact 3rd is free-to-play, for everyone, and the collaboration event with Neon Genesis Evangelion launches on January 22.