Earn Intel to take control of the Titans. The Operation Monarch limited-time event is now live in Call of Duty: Warzone, and players can earn Monarch Intel to take control of Godzilla and Kong and unleash devastating attacks on other players in the match. Despite what most people initially thought, Operation Monarch is not a one-time live event featuring a battle between Godzilla and King Kong. Instead, it’s a special limited-time playlist with mostly standard Warzone rules that includes special Titan Killstreaks to change the tide of matches.

Of course, Godzilla and Kong cannot be completely controlled, but Monarch Intel will allow Warzone players to temporarily enlist the help of either Titan to take out foes anywhere on Caldera. Here’s what you need to know about Monarch Intel in the Operation Monarch Warzone event, including the best ways to farm it fast.

What is Monarch Intel Used For?

Monarch Intel is a special currency used to unlock rewards in the Operation Monarch playlist. You can find it in Supply Boxes and special drops, and it can also be obtained from fallen enemies since they won’t have any use for it anymore. You can also obtain Monarch Intel by damaging Godzilla and Kong during Titan Frenzy events.

Collecting Monarch Intel will fill up a special meter that will reward Killstreaks and Loadout Drops after reaching certain milestones. If you manage to collect enough to completely fill up the meter, then you will receive a S.C.R.E.A.M. Device that allows you to call in a Titan Killstreak.

While Monarch Intel can be obtained easily just by playing the Operation Monarch mode, there are two ways to get a ton of it fast. The first and easiest method is just to kill other players. Squads drop Monarch Intel when eliminated, so why go through all the effort of looking for it yourself when you can just take someone else’s?

The second and more reliable method is to damage Godzilla and Kong during Titan Frenzy events. These events take place at the beginning of matches and at random points throughout matches. You’ll be notified in advance before they occur, and when they happen, you can hide and avoid their attacks or attempt to suppress them by dealing damage.

The squad that does the most damage to the two Titans will receive a S.C.R.E.A.M. Device as a reward, and any runner-up squads will receive large amounts of Monarch Intel. If you see a Titan Frenzy occurring, focus your fire on Godzilla and Kong to earn a bunch of Monarch Intel in one go. 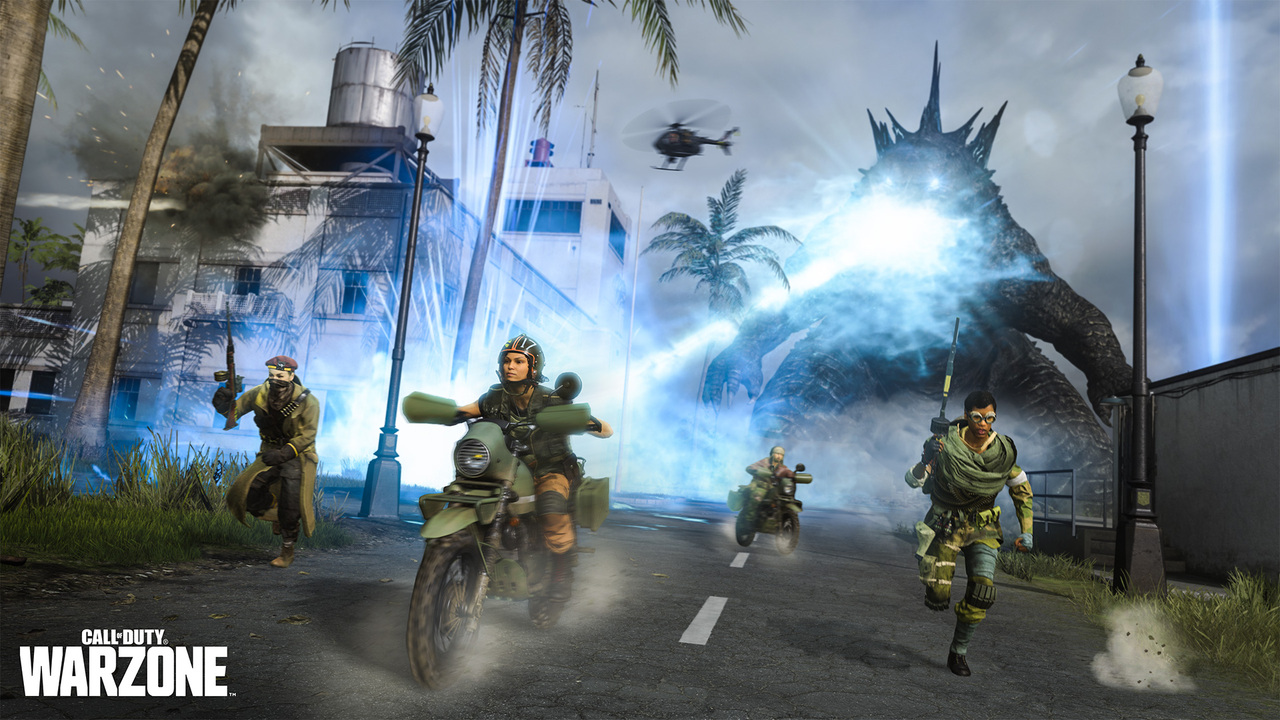 How to Use Godzilla and Kong Killstreaks

To use Godzilla’s Heat Ray breath or Kong’s ground pound or rock throw, you need a S.C.R.E.A.M. Device. You can get one by completely filling up your Monarch Intel meter or by doing the most damage during a Titan Frenzy event (this also completes a secret challenge).

Once you have a S.C.R.E.A.M. Device, you can use it like a normal killstreak. You’ll be prompted to choose which attack you want Godzilla or Kong to perform, and then you can mark any area on Caldera. These S.C.R.E.A.M. Devices can’t be used in rapid succession though, so you may have to wait if another squad has already used a Titan Killstreak previously. 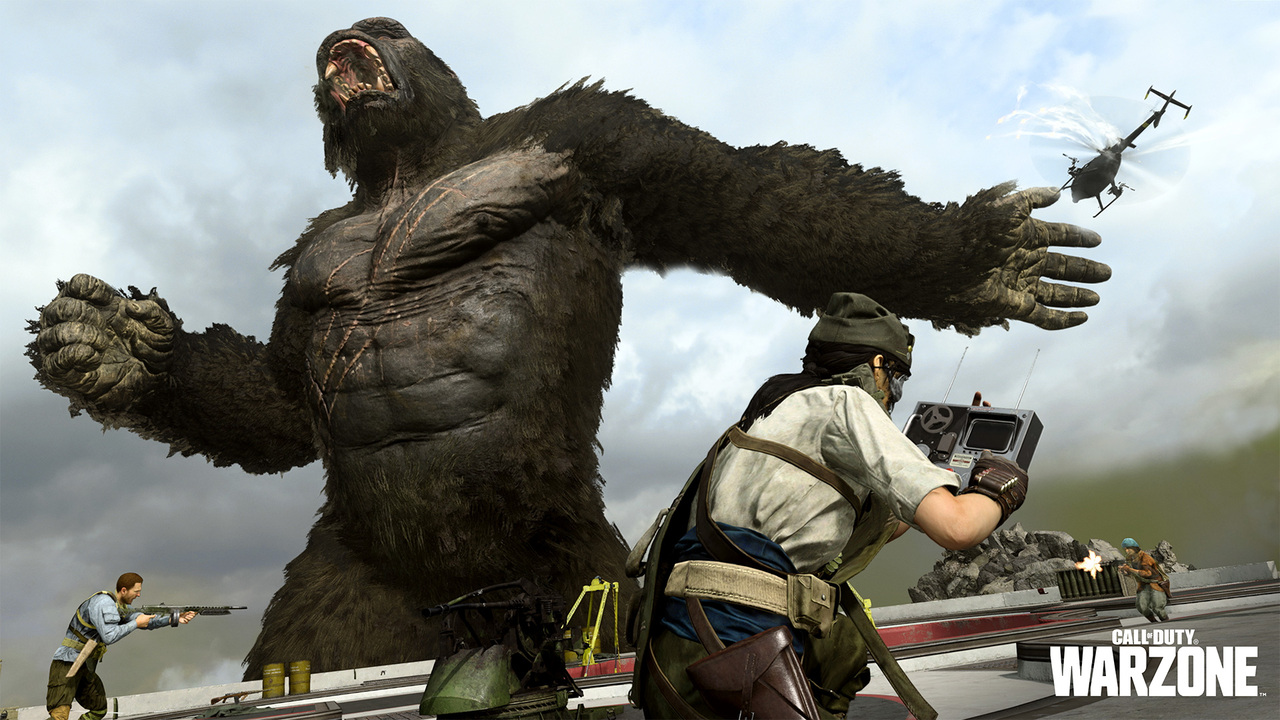 Operation Monarch is not a live event but rather a special Warzone playlist, so the event will last for two weeks. It began on Wednesday, May 11 and will end on Wednesday, May 25. The Operation Monarch playlist, challenges, and free rewards will all disappear when the event ends. Make sure you get the Ancient Rivalry Marksman Rifle Blueprint and pick up the Godzilla, Kong, and Mechagodzilla Bundles in the store while you still can.