Warzone SCREAM Device Explained: How to Use Godzilla and Kong Killstreaks

Take control of the Titans! 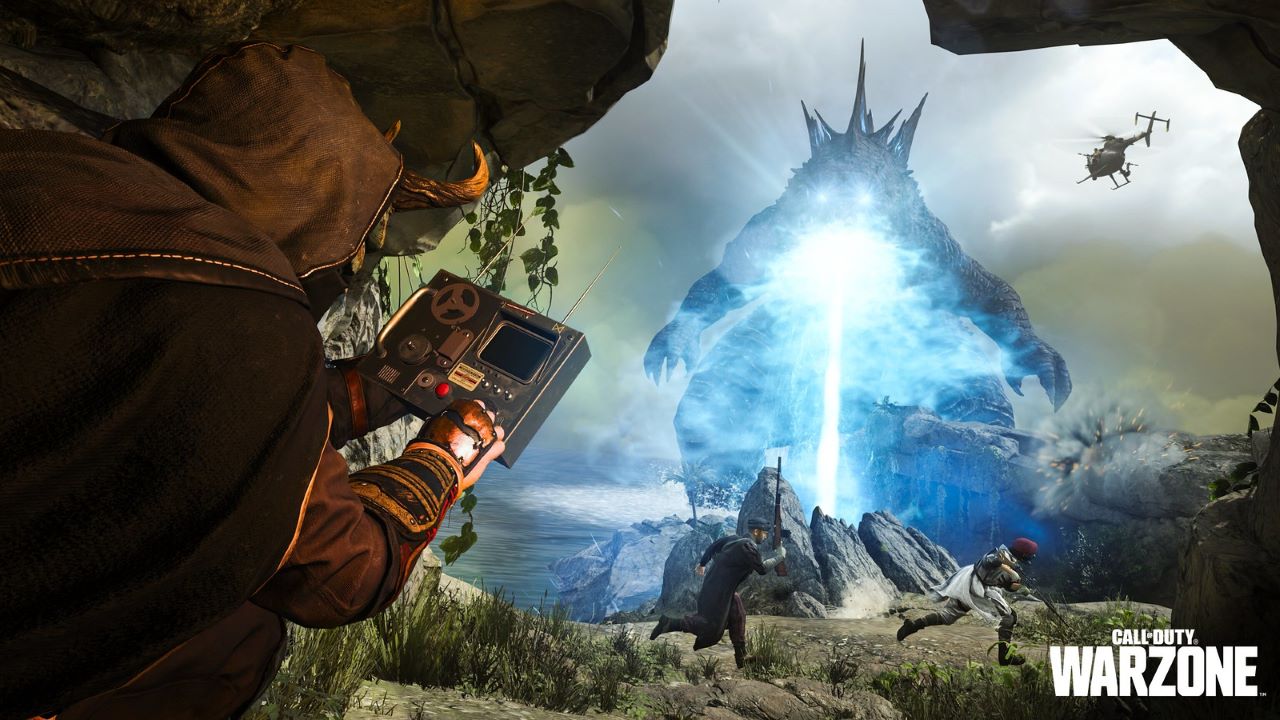 What is the SCREAM Device in Warzone?

The SCREAM Device is an acronym that stands for Sonic Communication Radar and Echolocation Array Module. Monarch, the Monsterverse organization that has come to Warzone, has developed this tech to allow humans to communicate with the Titans. What this means is that in-game you can use a Godzilla or King Kong killstreak. Godzilla has a Heat Ray Breath ability and King Kong has a ground pound and rock throw. Only one Titan’s ability can be selected per killstreak.

How to Get the SCREAM Device in Warzone

The SCREAM Device can be obtained by dealing the most damage to the Titans while they are in a Titan Frenzy or by completely filling up your squad’s Monarch Intel meter. At the beginning of the match and at random points during the match, King Kong and Godzilla will start a Titan Frenzy which can be avoided by running away or can be addressed by attacking the Titans. It doesn’t matter which Titan you deal damage to, the squad who does the most damage to one or both of the Titans will get the SCREAM Device. All other squads will earn Monarch Intel which will eventually grant them the SCREAM Device.

How Does the SCREAM Device Work?

Like all other killstreaks in Warzone, you can use the SCREAM Device whenever you’re ready. To maximize the Titan’s utility, you’ll need to use precision and timing. Once a killstreak has been selected, the operator can use it at any location on Caldera. Only one SCREAM Device can be used at a time, so you don’t need to worry about that. It will also take a short amount of time before another SCREAM Device is used as it can’t be used in rapid succession.

And that is everything there is to know about the SCREAM Device in Warzone. There are lots of new additions to know about with the new Warzone update. If you’re curious about game modes like Totally Normal Rebirth Resurgence or , check out our Warzone guides for more. You can also check out our complete Operation Monarch guide to learn how to complete all of the event’s challenges to earn free rewards.

Attack of the Fanboy / GAME GUIDES / Warzone SCREAM Device Explained: How to Use Godzilla and Kong Killstreaks